Is this a BIOS/MB problem or a CPU problem? 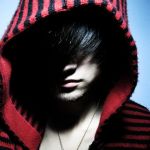 System Specs
Hello everyone,
Hope you are all having a great time.
I recently bought a new MB/CPU an Asus rog strix z690 a gaming wifi D4 and 12700K to be exact.(I also installed a Lian Li Galahad 360ml Black AIO in my CoolerMaster h500p mesh case if that matters)
Yesterday I finally got to install the new mobo/cpu/cooler and fire up my system. The bios prompted new cpu installed and go configure it!
I noticed it seems all is default so without changing anything saved and rebooted.
My previous windows 10 installation automatically recognized new hardware and booted up successfully. so far so good.
I then tried to ran a few benchmarks, ran cinebench r23 once (single and multicore tests) and all was fine.
Ran a 3dmark spy test and it went fine.
tried Aida64(CPU/FPU/Cache) and it crashed after 20mins I guess(or after it I'm not sure). I thought maybe the crash was because of driver issues, lets have a fresh installation of windows 10. so I did just that.
Installed new Windows 10, updated the graphics driver, only installed the LAN driver and Armoury Crate and sound driver and went for a second test.
This time Aida64 ran for 50 mins until suddenly the windows crashed/rebooted.
looking at the event viewer, I saw a bugcheck error. again tried running it again, this time it went out for more than an hour without a hitch.
the temps were mostly around 75/76 (when it crashed the first time, the maximum temp was 82, my ambient was around 30/33c, I removed the case top shroud which exposed the radiator and than decreased the temps for like 5 degrees)
today I tested the Aida64 for another 2 and half hours without any crashes thankfully. The temps were around 74 at max.
At this point I dont know if my CPU is faulty or this is caused by motherboard, as I noticed my BIOS version is 0404 which is not even listed in Asus support BIOS section :

The dates don't even match! my BIOS date goes back to 26th of august, while the initial BIOS date is said to be released on November 3rd! and the versions dont match either!
I'm so puzzled. Could this be the issue here?
How can I make sure which one is faulty? the cpu or motherboard?
if it turns out to be the motherboard would it be fine to update to the bios to something closer to my bios date like Version 0901 and not all the way to the latest one that came 2 days ago?

Thanks a lot in advance.

Most likely, your RAM isn't set up correctly/forgot to enable XMP

Mussels said:
That just means the BIOS you're on was removed from the website

Most likely, your RAM isn't set up correctly/forgot to enable XMP
Click to expand...

Thanks a lot.
I'm hesitant for two reasons, 1, I'm worried that updating to a random latest bios version, would actually make it worse (break something) since my version is not even listed and dates back to the official release one!
and two, I don't want to lose avx512 capabilities, that seems to be blocked by microcode update in the motherboard. I have pretty good uses planned for it.(I can see two microcode updates in two bios version log changes which are more recent)
moreover, the Asus EZ Update doesn't find any update for the bios!

System Specs
RAM is the most likely culprit here IMO. Have you enabled XMP? If so, try disabling it. Try reseating your RAM, and run memtest or a similar long-term RAM stability test.

Valantar said:
RAM is the most likely culprit here IMO. Have you enabled XMP? If so, try disabling it. Try reseating your RAM, and run memtest or a similar long-term RAM stability test.
Click to expand...

Thanks a lot, After nearly 3 weeks of trying everything I finally found the culprit. no amount of stress testing would show the issue.
TLDR:
It was the RAM frequency.

More explanation:
basically everything was on defaults, and ram frequency was set to 2133mhz. the crash would only happen when all the system was under full load. that is all 20 threads working at 100%, reading and doing processing on my samsung nvme 980 1tb, and ram was being used around 50%, 60%.
Thanks to God! after I set the ram frequency to 3200mhz, all issues vanished.
I had also contacted the Asus support, and they said, your bios is the one loaded at the factory and is extremely old, just update the bios sequentially from the oldest available on the support section till the very end and the newest one. I did so and it seems it improved the system performance as well.
I need to add that, I had run all stress tests(Aida64(cpu,fpu,cache,memory), prime95)/memtest, successfully prior to doing that, hours and hours of stress testing on cpu and memory and disk individually didnt show anything, it seems for the crash to happen, it had to be all 3 working at full speed!

I hope no one deals with this kind of headache, but if they sadly do, I hope this helps them figure out the issue and solve it.


Mussels said:
That just means the BIOS you're on was removed from the website

Most likely, your RAM isn't set up correctly/forgot to enable XMP
Click to expand...

Thanks a lot again.
Dumb me was so stressed out and after different stress testings that completely forgot about this until the very end!
I always thought xmp = overclocking and when something is off and there is an issue (like crashing, instability), it should be disbaled (or at least not bothered about until that mentioned issue is fixed!)

System Specs
XMP sets your RAM's frequency, latencies and voltages automatically instead of manually - whether its considered overclocked or not, depends on the RAM you bought

(Example: my motherboard supports DDR4 4400, but my CPU does not. So i'd be overclocking by turning XMP on with that RAM, and thats why the high end stuff usually has a second XMP profile with 'in the middle' settings)
You must log in or register to reply here.
Share:
Facebook Twitter Reddit Pinterest Tumblr WhatsApp Email Share Link
Top