Dan. Can we all agree no one here wants to see the "Hot Coffee mod" in a Left 4 Dead game? I mean who wants to see zombie rape other than maybe Erocker?
Click to expand...

joinmeindeath417 said:
I mean who wants to see zombie rape other than maybe Erocker?
Click to expand...

Have you seen the comics of the current L4D? TONS of people.

PVTCaboose1337 said:
Have you seen the comics of the current L4D? TONS of people.
Click to expand...

System Specs
We want see scwat thanks to the goverment.

DaedalusHelios said:
Care to strap a bomb on your back and say it like you really mean it.

Pokemon disproves your theory of it being a requirement. But by all means take every opportunity to attack the US. We are used to it. I bet whatever country you are in or prefer, sells things only on the true merits of the product with the most informed consumers humanity has to offer.
Click to expand...

Cor blimey! Can't ye read a little humour without taking it all so personal? Girl? Or just self-focused?
R

System Specs
the only reason we dont have a 18+ game rating in OZ is adults as such dont know and are afraid of "video games" movies with blood guts and dead hookers are fine, but oh hell no not a video game..

im waiting for the day when "parents" realise what is actualy on youtube, becasuer that will be the next thing baned in australia because parents cant just be parents and filter what there children are doing because they are either too busy/ dont care/ or dont have the tech understanding to do so

kids these days are shelterd from the world and are told not to do every thing, its bad, its evil, satin will get you, you will get hurt, you will get kidnaped, ect, ect, where yes it can be true, it dosnt often happen, and sadly that is a part of life, but not something to be scared off, but somthing to be aware of. and kids being kids want to push these bounderies and because the boundries are so tight and have no real knollege or understanding of there actions, and just told not to do it, thats when they go out and do all this messed up shit,

for the older pplz here think back when you were kids how much crazy shit did you get up to, i bet heaps, but you had a understanding of consiquences and respect for things (two things missing today) and when you did things you knew there was a limit and if you crossed it your ass was grass and you would not be sitting for a week and it was bed early, no tv, ect

i know the stuff i did, drive cars on the farm, blow shit up, use fire arms, ect. but at least i had a respect for it all and knew what would happen if stuff when wrong, but also we have a huge farm where we could get away with this stuff

System Specs
Valve are appealing the decision to refuse classification somehow i dont think this will get anywhere but worth a try i guess. http://games.on.net/article/6974/Valve_appeal_Left_4_Dead_2_ban

System Specs
Yea, i mean there probably going to come up with some type of compromise, like taking out the blood, or changing the zombies to mutants haha (see what i did there). Maybe change the way the zombies look so there less "grotesque"; maybe add master chief as the hero?

i dunno i hope they change there minds. it's only going to persuade people to pirate the game!

System Specs
Exactly or get it from overseas as the game we will have in the storms will be crap. =/

Mussels said:
we dont have an R18 classification for games.

If a game isnt under the requirements of M15, then they cant sell it in australia.


Its ridiculously stupid, IMO - i'm 18 and i can literally just import the game if i wanted to, or get an american friend to "gift" it to me via steam.
Click to expand...

thats why i always play zoey...dont tell sneeky or E though.....but everyone protects the chick... 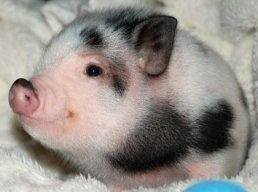 lemonadesoda said:
Cor blimey! Can't ye read a little humour without taking it all so personal? Girl? Or just self-focused?
Click to expand...

I just said it because every opportunity you get in past posts are "USA sucks etc.". You offer no constructive criticism, just simply hate speech. Could just be your personality though.

If all of your comments are just joking and I shouldn't take you seriously, I suggest you just stay in a place like 4chan. This forum is supposed to be more about reality. 4chan is just about trying to make others rage or joking around all the time.

PS. The funny thing is that European countries are starting to ban hate speech and the USA never will. And its much more out of hand in the USA than in Europe by far. I don't think it should be banned here though. European countries can decide to outlaw it if they want but laws against it can be used to silence the truth sometimes, so I believe its best they do not ban it.
Last edited: Sep 26, 2009

System Specs
Just read that after having seen a censored version of L4D2 the Classification Board has given the game a MA15+ with advisory of i quote “Strong bloody violence”. Lol that made me laugh so we will get the game afterall even though whats been cut from the game is unknown at this time.
You must log in or register to reply here.
Share:
Facebook Twitter Reddit Pinterest Tumblr WhatsApp Email Share Link
Top