System Specs
Today, Logitech G, leading innovator of gaming technologies and products, introduced a new lineup of gaming headsets, engineered to deliver the ultimate in sound science and the most immersive audio gaming experience. "Whether you're into tricking out your battlestation or tearing it up in your favorite battle royale game, we want you to get the superior audio and comfort you deserve," stated Ujesh Desai, vice president and general manager, Logitech Gaming. "We're always exploring new ways to deliver amazing gaming experiences, and that's just what we're bringing to the table with these new headsets."

Logitech G has the broadest range of gaming headsets designed for gamers of all abilities whether your a pro, hardcore or casual gamer. The new headset lineup is designed so gamers can choose the ideal model that suits their game and their budget. The line-up includes:

The Ultimate Sound and Lighting for Your Battlestation The Perfect Battle Royale Headsets The Ultimate Sound and Lighting for your Battlestation
For gamers looking to make their battlestation the envy of everyone, the Logitech G935 7.1 LIGHTSYNC Wireless Gaming Headset delivers superior audio and amazing RGB lighting. It's the first in a family of headsets to feature Logitech G's exclusive Pro-G 50mm Audio driver, which is crafted from hybrid mesh material for high-quality audio that delivers deep bass and a round sound profile for highly cinematic audio. In addition, this new headset features Logitech G's LIGHTSYNC technology-- dynamic and customizable illumination that synchronizes to any content, including games, videos, and music. This technology allows you to customize every color to match your setup across keyboards, mice and headsets. The new headset also features DTS Headphone: X 2.0 surround sound, an incredible technology that simulates the 3D environment of the audio's original mixing stage.

The G935 headset packs all of this innovation in a design that gamers have come to love -- premium leatherette earpads, an upgraded microphone and on-ear volume control so that players never miss a moment of crystal-clear communications.

The Perfect Battle Royale Headset
For players joining the Battle Royale ranks, Logitech G delivers the new G432 and G332 headsets. These headsets give every player a definitive audio advantage and premium comfort at a price that doesn't break the bank.

Rounding out the headset lineup from Logitech G is the Logitech G332 Gaming Headset. A stereo headset, the G332 offers the same great comfort and quality as all of the headsets in the lineup and is a great option for those looking for their first gaming headset.

All of the headsets in the lineup can be customized using Logitech's G HUB. Logitech G HUB is a new advanced gaming software interface to help gamers get the most out of their gear. With a clean and modern interface, gamers can quickly personalize their gear per game, share and download profiles from others, and more.

Pricing and Availability
The Logitech Family of Gaming Headsets is expected to be available on LogitechG.com and at global retailers in February 2019.

System Specs
Really, you need RGB on your headset these days? You can't even see them in action while you're wearing them.....I'm still waiting for the RGB thing to die.

I do really like my G35 headset. With it having been discontinued, should something happen to mine (dog chewing the USB cable (happened with my last G35 headphones) kids/wife breaking them - dropped them twice now), I'm always on the look for a replacement. Perhaps the G432 would do good, I'll have to check it out when it releases.

System Specs
RGB kills battery life anyway. I have all the lights off on my Corsair VOID Pro set. 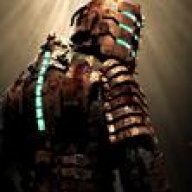 System Specs
Last time I used Logitech (I think it was G35) for a headset, I was at a huge disadvantage against people with better headsets that were sound-whoring in Black Ops. As soon as I switched, I could hear so much more subtle noises such as UAVs overhead.

System Specs
Guys, stay far away from Logitech headphone that uses "leather". Not because of bad sound quality, it's because the leather is fake and it flake off after awhile. Avoid buying leather peripheral in general. 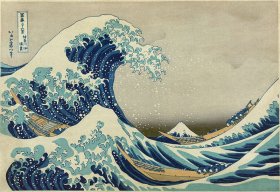 System Specs
i bought g35 and after a few months where is written the name of the headset broke (thought was my fault) then i bought another pair of g35 and same fu problem accour. I think there is a problem how they are designed. For me sound was ok.
You must log in or register to reply here.
Share:
Facebook Twitter Reddit Pinterest Tumblr WhatsApp Email Share Link
Top