Looking to get VR for Xmas what one to get? 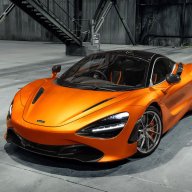 System Specs
I asked for a VR system for Xmas but now I’m decided on what brand to get oculus rift or HTC Vive. I be using it on steam to play fallout 4 vr and other vr games on steam. See my system specs if that help but I know My system is more then ready for vr. Both systems have equal bad reviews for support.

System Specs
If it is Fallout 4 VR you wanna play I say get the Vive. They currently have a bundle promotion. $599 gets you a Vive plus the Fallout 4 VR which IMO is a great deal.

And yes your system is more than ready for MOST vr gaming titles out there.

System Specs
I would wait till after Fallout 4 VR launches to find out if it can run on the Oculus Rift CV1. I'm a Vive owner and the biggest reason I say this is because Oculus has a lot of good software and a lot of it is free with Touch controllers. Of course most of Oculus's software can be used with ReVive, but it does cause an overhead to run the ReVive software. The Vive is currently 200 dollars more than the Rift bundle.

One thing I'm seeing right now is that more than likely if you buy a Vive you'll be able to upgrade the HMD with out upgrading the lighthouses (Tracking system) and Tracked controllers. Example the new Pimax 5k and 8k will work with the current lighthouses tracking system and controllers. Plus, LG's HMD is close to releasing, and they may offer just the HMD like Pimax for anyone currently owning a Vive. I hate to say it, but I would wait till at least after CES. I thought the current HMD's wouldn't update till around 2019, but with Pimax and LG coming soon it may force HTC and Oculus to show their hand. Pimax's Kickstarter just passed 4 million dollars.

System Specs
The oculus rift is more affordable and if it comes with the same games as the vive it’s prob a better deal I also need a new desk mines falling apart. It looks like to me the rift comes with everything I need and the touch controllers bundle on amazon is $399.99 seems good price

NTM2003 said:
The oculus rift is more affordable and if it comes with the same games as the vive it’s prob a better deal I also need a new desk mines falling apart. It looks like to me the rift comes with everything I need and the touch controllers bundle on amazon is $399.99 seems good price
Click to expand...

Just remember the Oculus Rift bundle only comes with 2 sensors and the HMD cable is shorter. So, you'll want to buy an extra sensor and usb extension cable which will bring that price up to around $466.46 as per Amazons recommendation for room scale.
Also, Oculus removed the XBox One controller from the bundle and the small controller. If you want to play some of the controller games you'll need to buy one. I would hold out just a little longer to see if HTC drops the price any lower for Christmas sales. Plus, if you really want to play Fallout 4 VR it might be best to wait to see if it will work with the Rift. I feel fairly sure someone will make a work around if it doesn't officially work on Oculus Rift CV1. Either way good luck, and don't forget to come and join the club house in my sig.

EDIT: You can always buy the extra sensor and extension later.

System Specs
I will own a Xbox one x Tuesday and I will have 3 Xbox controllers to I edited my play space size and my last post if that’s enough room to. And I did see that bundle you told me about on amazon.

You have been saying you are going to get Rift a while. If you have already made up your mind back then why bother asking us again and again?

System Specs
Well last time I decided not to get it but now since it will be a gift I needed some more info. Plus I forgot all about that forum.

System Specs
You are pretty much set on getting Rift. Get the Rift. End of story.

xkm1948 said:
You are pretty much set on getting Rift. Get the Rift. End of story.
Click to expand...

But it's not the End of the story.. It's only the beginning of the future!.. hehe
L

I think you should go for vive

You won't be disappointed with either set, but both have strengths and weaknesses. Rift has better controllers (with the Touch controllers) and it comes with headphones integrated, which are a $100 option on the Vive I believe. Vive has better room scale with the sensors it has, and as said has better cord length which is due to it's break out box.

Both are great, but IMO Rift has better value as it is much cheaper.

NTM2003 said:
I was mostly waiting now to see if fallout 4 and more games will come out for the rift there’s really none I want to play now for it from what steam had to offer
Click to expand...

Learn to properly use comma and separate your sentence to readable formats. Hurts my brain every single to see you post like this.
Last edited by a moderator: Nov 30, 2017

System Specs
has there been any release updates for rift for fallout 4, Skyrim, or any better games then what I see on steam the HTC is grate but a little much for a Xmas Gift unless it goes on sale for the holidays. maybe I might just hold off and see what else there is for rift but as of now none of the games on steam seems to interests me. love to see fallout 4 VR.
Last edited: Nov 7, 2017
O

System Specs
I have an Oculus Rift but I think that the Vive is the better product. Even the Vive is likely due to be outpaced by products with better specs like the Pimax 8K. Vive has better tracking and as already stated before other manufacturers will have HMD models that will be using Vive tracking tech like LG and Pimax.

So yeah I definitely think that a manufacturer that can get other companies on-board with their hardware like this probably have a better shot at longevity.