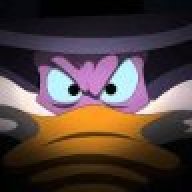 System Specs
It hasn't changed. If it finished extremely quickly, something was amiss. Either the wrong switch was used, the scan aborted for some reason, it was a tiny partition, a small drive, or maybe a SSD instead of HD.

Either way, the error checking program has not changed in many years. Other than to add support for NTFS (in the mid 1980s), and add a few extra switches, it has remained basically the same for the last 40+ years! And this is because hard drive technologies have not changed. You have a R/W head that manipulates magnetic particles on platters (writes), then goes back and senses the orientation of those particles (reads). The rest is in the controller.

BTW, while running chkdsk on a SSD, in theory, is fine, it is often not recommended. But, sadly, for the wrong reasons.

Some incorrectly claim it is harmful to SSDs. Simply not true - especially with current generation SSDs which do not suffer write limits of first generation SSDs. But to that, the vast majority of the chkdsk operation is reads, not writes anyway. And reads have no effect on SSD longevity.

Yes, a few people reported problems booting after running chkdsk on a SSD. But we can easily see similar reports for HDs. The truth is, those are one-off exceptions likely caused by some outside force - like a power fluctuation during a critical stage in the checking, for example.