"The RealSSD P300 SSD is the fastest SATA-based drive on the market," said Dean Klein, Micron vice president of Memory System Development. "The RealSSD P300 is able to do the work of multiple hard drives--outperforming a RAID of 12 hard drives in some cases."

The ever-expanding workload of today's enterprise environments requires the technology within to be able to withstand the rigors of data being constantly accessed, transferred and stored. The RealSSD P300 drive was designed specifically to address these requirements by using Micron's high-performance and high-endurance ONFI 2.1 34-nanometer (nm) single-level cell (SLC) NAND technology, ensuring product longevity and added reliability in today's demanding enterprise environments. Combining Micron's high-quality NAND and proprietary firmware design enables the P300 SSD to deliver the highest SATA drive endurance capability in the industry--3.5 petabytes total bytes written for the 200GB drive which is equal to writing approximately 1.9 terabytes per day, every day for five years.

"Aside from its raw performance, the RealSSD P300 product was also designed to reach industry leading steady-state capabilities, even with the write cache disabled. With the P300, users no longer have to choose between IOPs or throughput and maximum data resiliency--they can have both in the same drive," added Klein.

Micron worked with Calypso Systems, Inc., a leading industry benchmarking firm to test the P300 SSD. "The RealSSD P300 SSD once again shows Micron seizing an industry leading position, delivering tremendous performance gains relative to the competition," said Eden Kim, chief executive officer of Calypso Systems. "By taking advantage of the SATA 6Gb/s, the P300 showed impressive small block 4K Random Write IOPs that were as much as 2.5 to 16 times faster than competing drives it was tested against."

Available in 50, 100 and 200-gigabyte (GB) capacities, the RealSSD P300 drive is targeted primarily at enterprise applications including blade and conventional servers, storage arrays and high-end workstations. Designed to fit the standard 2.5-inch form factor, the P300 SSD achieves a read throughput speed of up to 360 MB/s and a write throughput speed of up to 275 MB/s. To learn more about the product features of the P300 SSD, visit this page.

Availability
Micron is sampling the RealSSD P300 SSD with customers now and plans to enter mass production in October.

Have to wait for some reviews I guess.

System Specs
SLC and enterprise means its too expensive for any of us, but sounds like an awesome drive to stick in a high performance server.

Which version of the Enterprise is it for?

master wolfe said:
which version of the enterprise is it for? :d sorry, this old geek couldn't resist.
Click to expand...

System Specs
Wow probably in the thousands for costs, but that name is eerily close to Corsairs RealSSD 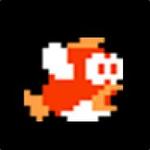 WarEagleAU said:
Wow probably in the thousands for costs, but that name is eerily close to Corsairs RealSSD
Click to expand...