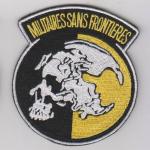 Intel’s Haswell processor is just around the corner and if you are planning to pick up some new silicon, you’ll likely want to keep reading. That’s because it has been discovered that a number of power supplies currently on the market don’t support Haswell’s C6/C7 low-power states due to the fact they are unable to deliver less than 0.05 amps across the 12V2 rail according to a report from VR-Zone.

According to an Intel document viewed by the gang at The Tech Report, Haswell’s C6/C7 states requires a minimum load of 0.05 amps on the 12V2 line. Power supplies that are older or budget models simply aren’t capable of delivering such a small amount of juice. As a result, users with incompatible power supplies may experience stability problems or worse, the system may shut down completely if the PSU’s under- or over-voltage protection kicks in.

The problem will be difficult to diagnose as most power supply makers don’t advertise a unit’s 12V2 rail specifications. Intel’s Reseller Center website does have a list of power supplies that can be sorted by minimum 12V2 load. At present only 23 power supplies appear to be compatible with these new C6/C7 states: 19 from Corsair, three from InWin and one from Seasonic.

Corsair’s Robert Pearce said he expects most motherboard vendors to disable C6/C7 by default in the BIOS as there are simply too many power supplies on the market that don’t support the power-saving feature. He further noted that Corsair is working to ensure all of their power supplies are C6/C7 compliant.
Click to expand...

System Specs
Just disable C6/C7 in the bios and it shouldn't be much of an issue..........hopefully. 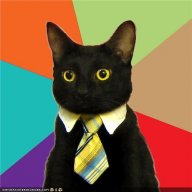 Any PSU with DC to DC won't be an issue.

System Specs
Well I think I'm outta luck unless as mentioned it can be dealt with in the BIOS. The jonnyGURU review on mine states DC to DC regulation only for the minor rails (the listed spec makes that obvious). Nothing about the 12v one though.

"DC to DC regulation on the minor rails"
http://www.jonnyguru.com/modules.php?name=NDReviews&op=Story&reid=165

Seems to me saying "Any PSU with DC to DC won't be an issue" is kinda misleading since a lot of PSU manufacturers don't even say anything specific about 12v regulation specs. How many PSUs have DC to DC regulated 12v rails?

That said, I'm not sure it's that big a deal since Haswell seems geared more toward integrated graphics performance and laptop use with it's low power consumption. I doubt it's going to be much of an improvement for desktop gaming.
Last edited: May 7, 2013

Frag Maniac said:
Well I think I'm outta luck unless as mentioned it can be dealt with in the BIOS. The jonnyGURU review on mine states DC to DC regulation only for the minor rails (the listed spec makes that obvious). Nothing about the 12v one though.
Click to expand...

System Specs
A thing I've been thinking about.

If the PSU is single rail, is this still going to be an issue, since there will most likely be other things pulling on the 12V?

Even if the PSU is multiple +12V rail, the CPU's rail is virtual. It gets its power from the same source as the other +12V rails. What makes it a separate +12V rail is just the fact that it's branched off and has an OCP limited on it.

This is a sleep state we're talking about, so if your fans, etc. are powered by the motherboard's fan headers, they too will go to sleep when the CPU does. The problem is memory, SSD's, etc. that are using +3.3V and/or +5V putting too great of a load on the PSU while the +12V is hardly loaded. This will cause the +12V to go out of spec (+12.6V and up) and prevent the computer from coming out of the sleep state without hard power cycling the power supply because the OVP protection in the PSU would cause it to latch off.

Most PSUs use DC to DC on these non-primary rails, so there's always a load on the +12V regardless of sleep state. The only PSUs you have to worry about are the group regulated ones like the FSP Aurum units that are out there. Most decent (say, 80 Plus Gold and up) use DC to DC for the non-primary rails because it's a much more efficient design than group regulation and the cost adder is only about $5 to $10.

Of course, if you do have a problem, I'm pretty sure you're going to be able to disable the C7 sleep state in the motherboard BIOS. 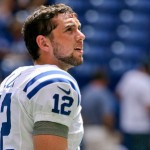 System Specs
You can disable C6/C7 sleep states on the motherboard BIOS, i think...

And i believe that running on C6/C7 won't make you save a lot on the electricity bill also. Actually, $5 annually is my guess.

PatoRodrigues said:
You can disable C6/C7 sleep states on the motherboard BIOS, i think...
Click to expand...