System Specs
The MSI Duke brand no longer represents cheap close-to-reference alternatives. The company has given this cheaper and less glamorous implementation of the flagship RTX 2080 Ti enough love to differentiate it from the premium Gaming X product. And then there's NVIDIA RTX and all the delights that come with it.

Games were tested on OCed GPU or stock?

To my understanding, the games are tested "out of box". For manual OC...

Here's my take using data in the review ....

1. Note, I didn't bother listing max core clock, boost clock or memory clocks ... why ? ... cause it has no impact on fps... the highest clock does NOT correspond to fastest (fps)

2. Asus, nice job again on the temps; lower than everybody else w/o more noise. Not a big concern tho was everybody well under throttling point other than FE.

3. MSI again Gaming X takes "top dog" status for best OC'd fps performance tho by not as big a margin as with the 1080.

4. It would appear, again, that how well you do in OC fps, related to how much power the card takes in. Is it worth it ? Thats an individual decision.

Ziomek64 said:
Games were tested on OCed GPU or stock?
Click to expand... 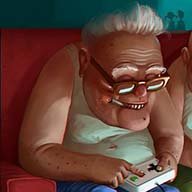 System Specs
Looks like this is the card for me. The MSI trio x card is to long for my case. Fractal Design Meshify C has a max GPU length of 315mm with fan and the Duke is 314mm length. Not much to play with but i can get a thin fan which gives another 5mm of clearance. The trio x card is 327mm which is still to long unless i remove the fan completely and i don't want to do that. In Shadow of the Tomb Raider it's just 5fps difference between the two and i could overclock that out easily. Just remember, size does matter...
U

@W1zzard Do you know why the Duke apparently beats the Gaming X on fan noise and temps? I don't mean to sound like I'm questioning your results but it should lose on both counts and if it doesn't MSI have screwed up royally with the GX, did any of your testing indicate a probable cause?

And looking at the specs on MSI's site and in your review the version your tested was even the Duke OC not even the standard Duke, and it still beat the GX :O
Last edited: Sep 20, 2018

System Specs
Are y'all going to review the Gigabyte 2080ti cards? The longest one of those i've found is just 287 mm.
U

Now I'm even more confused, the Duke is beating the GX on that too.

Sorry I just read the bit where you say MSI are treating the Duke as a premium brand now not a budget card, that somewhat explains why it's better than the Gaming X. But it's a bit retarded on their behalf because it essentially makes the Gaming X irrelevant now :S

metalfiber said:
Are y'all going to review the Gigabyte 2080ti cards? The longest one of those i've found is just 287 mm.
Click to expand...