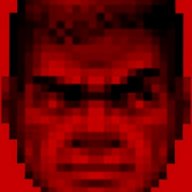 System Specs
I have noticed my gpu fans are doing something weird. I have used Afterburner for the last 10 years on many many cards and controlled the fan speeds perfectly fine, but this card is crazy.

I usually set a custom fan curve that makes the fans run at 30% up to 50 degrees, then as the temps rise so do the fan speeds, this works fine once i set it and leave it, but if i disable the curve and try to set a constant manual fan speed it won't apply and the fans just stay at 30%. Even if i go into a benchmark and make the gpu hot the fans refuse to speed up, eventually the card will thermal throttle and start reducing the core clock.

Nothing at all works, even if i use evga precision, its as if the gpu itself is being told from its own bios/firmware to ignore all changes to fan speed from software.

Are 3000 series cards the problem, is something in windows 10 interfering? I did poke around in the msi dragon centre software but it had no way to change fan speeds, except for some profiles which didn't alter fan speeds, but there was an option to ramp fans to 100% which worked but no other fan control was possible, so even msi software on an msi card couldn't alter the fan speeds, somehow the card is doing what it wants instead of what it's told.

Update, so i just put on fresh gpu drivers and it did not fix the fans, the last time the fans acted weird putting on new drivers fixed it but not this time.

I ran a benchmark with afterburner closed and the fans sped up fine as the temp increased, as soon as i enabled afterburner and re run the benchmark the fans refused to speed up.

Somehow when i enable monitoring software to control the fans they just stay at 30%, but if i do not use fan control software and let the gpu do its own thing it speeds up the fans fine.

Maybe i need to stop using afterburner and just monitor the card with gpu-z... and let the gpu itself use its default fan profile.

System Specs
Update 2, i reinstalled the drivers again, reinstalled afterburner, but the custom curve won't work. When custom curve enabled the fans speed up but only to 42%, i have no idea why 42% is the limit no matter if i set it to go higher it wont, i now disabled the custom curve and have it set to auto so the card sets the curve itself, which at least gets the job done.

But now i need to run idle with zero rpm, so idle temps will be higher, also in a game that isn't demanding the fans will go on > off > on > off which is kinda annoying but at least its silent when doing that.

If i get the custom curve working one day i will never touch the setting again since it totally screws up the fan control.
M

I do have the exact same problem with MSI 3080 Gaming X Trio. The fans are sometimes stuck at 30% when in "idle". By idle I mean, not running any game - the temps are 40-50 degrees. I noticed that it happens after I wake my PC from hibernation. Not sure though. What I have to do is set fans to manual, e.g. 50% and then hit the auto mode back. I don't use custom curve. I don't want the fans to spin when not gaming. They should stay at 0 rpm until the GPU heats up.
M

I still have the issue. Even with Beta 4...Can anyone help? Its annoying that the fans spin up every few minutes bc the card gets too hot...I just wanna run it at a constant 15% or so....So annoying...
K

I have only registered in this forum to give you the help that a user on reddit gave me, go to MSI Dragon Center and disable the 'Game Mode' for all the games in which you have problems (in my case warzone and codcw). I hope this helps!
You must log in or register to reply here.
Share:
Facebook Twitter Reddit Pinterest Tumblr WhatsApp Email Share Link
Top