Game Ready for ¿Shadow Warrior 3 or Tiny Tina's Wonderlands? NVIDIA website and pdf talks about the second title and no mentions to SW3...

System Specs
On their website they posted up the trailer for SW3. Watched it there last night.

Slizzo said:
On their website they posted up the trailer for SW3. Watched it there last night.

Second paragraph, right under the headlining Ghostwire.
Click to expand...

You are right, but PDF changelist from NVIDIA drivers website does not talk about Shadow Warrior 3, so NVIDIA itself leads to some confusion. Also the list of new G-Sync monitors doesn't appear in the PDF document... 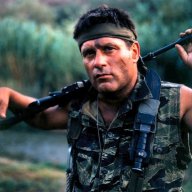 System Specs
any one has using this driver ?? how good this new nvidia driver ??

System Specs
I'm sure there's tons of people using it.