I am in the process of planning / building myself a new computer, and I am looking for advice.
I am not doing this too often. (I am writing this very post on my previous workstation that I got in 2015.) So I am not fully up to date, but I have been reading stuff for a week now.
While reading I found this forum to be one of the best sources of info, so I am posting here, asking for advice.

Here are the goals:
- The computer will be mostly on 24/7, for months/years.
- I am not planning to replace it in the next 5 years or so, so longevity is a strong requirement.
- I will be doing video editing and CPU-heavy stuff on this machine, like software development.
- I am not interested in gaming.
- I am not interested in overclocking too much. Obviously I like performance, but not at the cost of system stability of component longevity.
- My tolerance for system crashes or data loss is very low. The computer should not crash, and the data should not be corrupted. (It is mission critical data.)
- 32GB of RAM would be sufficient for today's requirement, but I don't want to touch the config for a while, so I am going for 64Gb.
- Hence I would like to go for ECC memory. (I don't believe that it's possible to completely avoid bit-flips in a 32Gb module that is on for 24/7 for months/years...)
- I considered going EPYC, but the single-thread performance is very important for me, and it's not so great on the EPYC CPUs, therefore I would like to stick with Ryzen.
- The CPU I am currently looking at is Ryzen 5600x / 5800x / 5900x. (I will decide based on the budget later on.)
- Actually I would be happy to settle for a Ryzen 5700G performance-wise, but as far as I can understand, the APUs don't support ECC memory, so I have to ditch the 5700G.... hence the 5600x.

I have been looking at these boards:

ATX:
- ASRock X570 Pro4 (OK with ECC, not the best VRM?)
- Asus ProArt B550-Creator (fanless, has thunderbolt, not sure about ECC..)
- Asus Pro WS X570-ACE (OK with ECC, not sure about the quality)
- Asus ROG Crosshair VIII Dark Hero (Generally awesome but very expensive, not sure about ECC)
- MSI MEG X570 ACE or Unify (The other top-of-the-line model besides the dark hero, I guess.)
- The newly announced ASRock X570S PG Riptide (fanless, has thunderbolt, no reviews yet ....)
- Any of the newly announced Gigabyte X570S boards (I don't yet understand their model lineup, which one do I need?)

Do you have any experience with ECC memory? Which motherboard would you suggest?

As for the RAM, I have been looking at Kingston 32GB DDR4 3200MHz KSM32ED8/32ME, since that's what is available for me right now, and I found in the QVL of the Asus WS board...
Do you have any comment on that?

Thank you for your help.

Updates:
- I dropped the ASRuck X570 Pro and the X570M Pro, because of quality concerns
- I dropped the MSI board, because I found in that it only supports ECC modules in non-ECC mode.
- I added the ASRock X570 Taichi board, which I forgot earlier for some reason.

- I have two board (the Asus Pro WS X570-ACE and the ASRock X570 Taichi that have explicit ECC support, so I am sure that they would work, but they have a chipset fan and generally lower feature set.
- There is the Asus ProArt B550-Creator, where I am not sure about the ECC support
- There is the Asus Dark Hero, which is probably better in every concievable aspect than the all ther other boards - except that I am not completely sure about the ECC support.

So I guess it comes down to this: does the Dark Hero support the ECC modules in ECC mode? (Including reporting errors to the OS.) If it does work, then it wins (hands down), I guess.
If ti doesn't, this i should go with either of the older boards with explicit support. (I am not sure which one.)

Thank you for any insights.

> So I guess it comes down to this: does the Dark Hero support the ECC modules in ECC mode?

I have just found this: https://rog.asus.com/forum/showthre...ort-ECC-unbuffered-memory-or-not-(with-5950X)

According to this thread, it does work! So that settles it.... 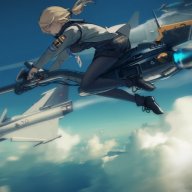 csillag said:
Do you have any experience with ECC memory? Which motherboard would you suggest?
Click to expand...

Yeah a lot, but almost every PC is suitable for ordinary DDR4, on a mid to high level board from one the top 4 PC motherboard makers that's about as much assurance as there is - within a certain budget. The person on Asus' forum just said that they "ran" Memtest, no screenshots or anything? Well..


csillag said:
As for the RAM, I have been looking at Kingston 32GB DDR4 3200MHz KSM32ED8/32ME, since that's what is available for me right now, and I found in the QVL of the Asus WS board...
Do you have any comment on that?
Click to expand...

System Specs
In your shoes, I would go for a 5900X as imho 12c/24t are more than enough for anything on a desktop. Also, ECC memory is made only for servers and is clocked lower and with loose timings. No need to go that route losing such amounts of performance. Just get 2 kits of 2 sticks of 3200cl14 G.Skill Flare X (4 x 8GB for max performance without overspending) with a good quality board and call it a day. My 5c. 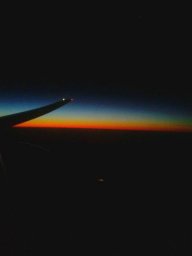 System Specs
If you are fussed about having ECC I would suggest either getting a board that has it properly supported in QVL or asking Asus directly about the dark hero and it's ECC support. I suspect it runs in non-ECC since the WS X570 has far weaker memory overclocking and the only real difference between it and the other Asus boards in that price category should be the memory topology, basically I would not expect boards with ECC support to have good memory overclocking.

Consider maybe one of the gigabyte vision boards? Not sure what ECC support those have...
K

System Specs
TR Pro is probably a better option for ECC support, and has more workstation-oriented features on the platform, like IPMI. Not to mention upgradeability if you down the line need more cores or more RAM. TR Pro is literally just EPYC, in a different socket, with a chipset, with regular consumer-grade single-core performance. Best of both worlds, IMO.
With Zen 3 Threadripper on the horizon, a potential Zen 3 TR Pro should also closely match the single-thread performance of the 5900X. 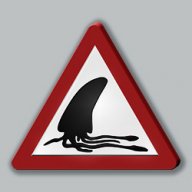