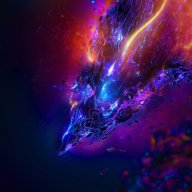 Octavean said:
The CES PSVR2 reviews / previews unfortunately come off like canned / managed paid advertisement IMO. The highly restrictive usage afforded the reviews just isn't much to go on. Also, ~$550 USD is arguably not a great price.
Click to expand...

yeah. I am leaning towards not getting this now, just not enough games that interest me, makes more sense for me to sell my PS5 (which i never use) and improve my gaming PC / save for Valve Index 2
O

System Specs
I don't know if it makes much sense to sell the PS5 unless you make a sizable profit on doing so. The time for such things has hopefully past and price gouging is kind of unseemly overall. If you hold on to your PS5 the PSVR2 will likely drop in price significantly in due time just like the original PSVR.

Octavean said:
I don't know if it makes much sense to sell the PS5 unless you make a sizable profit on doing so. The time for such things has hopefully past and price gouging is kind of unseemly overall. If you hold on to your PS5 the PSVR2 will likely drop in price significantly in due time just like the original PSVR.
Click to expand...

yeah, especially since shipping such a large item will cost me a pretty penny.

it was def an impulse buy for me, and then a month after I got it they announced all the PS exclusive games coming to PC... and I was like fuck...

lol, not a big deal. at least I can play old games on it for nostalgia someday... though they took away the metal gear solid series from store catalog so I guess not... heh.
O

The absence of a robust gaming PC is not ideal but a PS5 is still a great gaming platform. It’s worth pointing out that while the used PC part market is a viable option new parts could be quite expensive such as upcoming nVidia video cards and DDR5 RAM.

Point being, building a robust modern gaming PC on the budget of the cost of a PS5 would be fraught with compromise up the wazoo,…..to say nothing of the ying-yang,…..

Compromise isn’t fun, especially in a desktop gaming PC, but sometimes it can be tolerable in something small like a Steam Deck.

Personally I still think Sony missed the mark with the PSVR2. I think it should have brought the trifecta: stand alone untethered VR like the Quest (1, 2 and 3), PS5 VR game support and PCVR game support (Wired and wireless). Had they done that, it might be worth the ~$550 MSRP in my eyes.

The Quest kind of ruined the market with respect to good VR at a cheap price. Meaning if you can get a good VR HMD for ~$300 all-in, why would you pay ~$550 or more? I’m not sure Sony has the answer to that yet.

Now, if they would knock off a couple hundred from the PSVR2 if you trade in your old PSVR,…..yeah, that could work For me. Since they won’t likely do that, I can wait until they are forced to lower their price.
You must log in or register to reply here.
Share:
Facebook Twitter Reddit Pinterest Tumblr WhatsApp Email Share Link
Top