Finally my next build

This time not a scratch build, but a "normal" casemod.

Before i came in touch with the world of modding and watercooling i played a lot with HTPC's
Back then i fell in love with all the cases of Origen AE.
Every time i was on their site, i just had to watch the topmodel.
I knew it was just too expensive for me, also personally i think the 12" touchscreen is useless for an htpc.
But still ... it looks so nice....

Because i won some prizes with "L3p D3sk" in the Coolermaster compo,
and because it was time to prepare my next build i took the step to go for the Origen S21T.
Also because i wanted to build something that is more easy to take to lans then my previous build ^^
Off course this all wouldn't have been possible without the help of Freddy from Highflow.nl
I have also chosen this case because i didn't see it being modded much yet.

Received the case 2 days ago.
Just had to see how the touchscreen moves and what the red Enermax fans look like in the case

The hardware that will probably be used in this case: 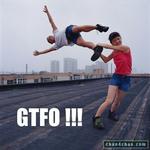 System Specs
Thanks for the replies guys !

So first of all i want to thank Freddy from Highflow.nl
He will be the main sponsor of this project again.

I want to use the grey plexi for the top window.
The other plexi is just for playing with it and to find out about different colors.

And the rest of the stuff.

Enermax Vegas fans @ 800 RPM, i hope they will do.
At least they are very silent.

The Koolance stuff still in plastic.

The Koolance Reservoir/Pump/Fancontroller/Pumpcontroller.
Will be completely disassembled later on.

And the Koolance Top + Heat sink (For the looks

Marco from Cooler Master Nederland thanks for this silent but powerful PSU !

Now we can test some things

Here i will create fan holes to cool the radiators.

Bought these from colleague Kier aka Richard 2 x 1 Meter RGB led with controller
Wonderful stuff for modders, also if you want to find out what colours would be best

The idea was to make a complete red theme, but im in doubt now.

To be one step ahead 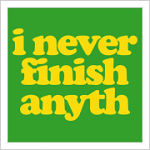 you need to have the original top be removeable w/ the window underneath.

System Specs
This build is starting to look insane, just like the L3p D3sk.... Your attention to detail is amazing man. Looking forward to more updates.

This will be the place for the Koolance controller for the pump and fans. I will remove the logo by the way

Tested it before i disassemble it.
It works

Couldn't get the tubes off without cutting them.

Getting the top on it.

And the heat sink. (Yes... only for the looks

And a small movie of the controller in action. Maybe i will disable that beep, or atleast make it less loud.

System Specs
First of all .. my own site and so the L3p d3sk pictures are back online

Thanks for all the help Bo and tweakers.net crew !

And received some material !
I'm very happy with it, no i can also measure some more.
You can´t see it very well on photo´s but it´s very narrow all inside.
The Gpu´s are 29.5cm

Didn't have a mouse yet for this build so ordered this one from the asus shop.
Think it'll look good next to it

And the the very nice package from EKWB !
Also got the raincoat, no-one wanted it there, but since im from Holland ...

Going to use the EK Top/Res instead of the Koolance top, this cause of the limited space i have.
The Koolance heatsink will remain.

Thanks Gregor and EKWB !

Used the hardware from the CM compo to fit some more in.
As you can see, not much space.

Got some good news from Asus.
Just 2 weeks before the hardware will arrive !
Can't wait

I've been talking a lot to Kier lately.
We also exchange a lot of hardware and WC products.
Also we ordered @ MDPC-x together, told him i didn't have much time the coming 3 weeks. So he said, send me the PSU with the rest, i'm bored. (Before he started his TJ11 project)

One week later this was on my table

Also extra sleeve for the sata cables and some mounting stuff, the rest will follow.

Richard .. thanks a lot my friend, no one who can do this faster and better

And the second order @ Highflow.

For in the bottom of the case. 92mm brushed aluminium fans.

And tape, lots of tape to protect the case later on.

Because i only know since a few weeks i have to cool down 2 Matrix cards i ordered fans with 1500 rpm now, think 800 rpm won't be enough.
Luckily i could change the red blades without a problem.

Lets change the PSU too.

Had to change the wiring, the leds didnt work on the low voltage the psu gave to the fan.

So a seperate 12V for the leds now.

Even now still in doubt if i will do the fans on the outside and rads inside or rads outside and fans inside.
Casewindows in the top will be tinted so all the light is no problem.

So again, thanks Freddy for the nice discount !
H

P.S. your wife must be a goddess to allow you to do another build after all the time put into l3p d3sk haha 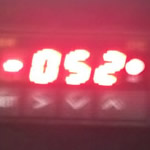 System Specs
nice work, that 2600 should hit 5 with no problems, my first attempt at an oc with mine stock volts, was able to be linpack stable @ 4.5 with really decent temps.

System Specs
I do hope i will experience the same

P.S. your wife must be a goddess to allow you to do another build after all the time put into l3p d3sk haha
Click to expand...

She really is, believe me

System Specs
yes, it's great for oc'n just raise the multi and voltage basically. just threw some quick oc's at it, was amazing, right now 24/7 4.8 with ht on i forget the actuall voltage but about 1.4 - 1.44. was able to hit 5.2 linpack stable and bench some. all on water, here's my very first oc run with it.

l3p said:
She really is, believe me

She must be I get nagapotomus agro just planning out a build.

[H]@RD5TUFF said:
She must be I get nagapotomus agro just planning out a build.
Click to expand...

lol, the beauty of being single......i put all my money into my rig,rent,and beer...

System Specs
Damn that's a nice case. Have you worn the white gloves yet?