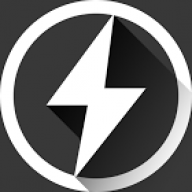 I have been reading and following this forum silently for quite a while now, and
I want to take you on a journey to really squeeze my intel i7-9750H to it's limits!

Here is some background information on my system:
I have a Lenovo Y740, single heatpipe shared between the i7-9750h and RTX 2070max-Q
With two fans, one for each.
Default Thermal Paste seems badly applied, since the temperatures between cores fluctuate quite a bit during idle and load
During Idle here is about a 3 degree difference, between the hottest and coldest core, during Cinebench there is an 8 degree difference.
The Lenovo Legion series has a Debug-BIOS, which allowes me to change Power Limits and other features
I'm currently sticking to ThrotteStop since I prefer it's clear visual interface, but let me know if I should move to the bios for anything.

I ordered an aliminium stand off of Amazon, to provide the laptop with better airflow for cooling
(I didn't get one with all the fans, since apparently they do not provide much better cooling *Credits to Jarrod's Tech)

On top of the stand, I also purchased some Noctua NT-H2 Paste, I figured this one was the best as I've seen a lot of
users report that it is one of the best, if not the best laptop pastes. (Feel free to recommended others).

Let's start with default settings on ThrottleStop, I will be using the laptop stand during the entire process.
You can see the screenshots during idle and load, the CPU is idle at around 53 degrees everything else looks normal.
During load we start seeing problems, we immediately Thermal Throttle, Partially because the default PROCHOT setting is so bad
We suck 70 Watts of power, and because of the throtteling the CPU struggles to even hit 3.8Ghz on all cores.
We end up with a Cinebench R20 score of a whopping: 2791! (Log Attached)

We Thermal Throttled the entire time, there was some Power Limit throtteling on top of that,
and without maximum performance this is about as bad as it can get.

This is the baseline, let's start by undervolting and adjusting some settings! 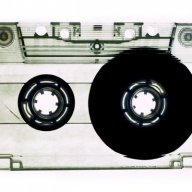 I would suggest - first repaste and then start tweaking.

System Specs
I started by changing the PROCHOT offset, I have seen 98 degrees being the recommended setting,
so I'm going to use that. I also set a Performance and Battery profile.

I took notice of the "Powersaver C0%" setting, I assume this turns on Windows Power Saver when the Utilisation rises above set number?
I'm not sure so I would appreciate some clarification on that

Next up are the profile settings, I enabled SpeedShift with a value of 64, I also disabled BD PROCHOT since I absolutely dispise this
feature. I read that C1E does nothing on modern processors, so I'l leave that enabled for compatibility reasons.

Moving on to the FIVR Window, I changed the Turbo Ratio limits to 4.5Ghz on all cores.
The max equal undervolt for CPU Core and Cache seems to be -135.7mV, I have also tested
the CPU Core with a bigger offset, but I was able to go up to -1000mV without seeing real benefits,
So I will need some help with that later.

I'm going to leave the IGPU and other settings alone for now, I'm not sure if it can benefit me
But let me know if there is any way to gain performance in that area.
Lastly, I enabled the "Disable and Lock Turbo Power Limits" feature, for use later in the TPL window,
and I set the voltages to immediately save.

Lastly there is the TPL Window, here I set both options on Clamp, to make sure that the CPU listens to them (If I'm right)
I changed the PL1 (Long Power limit) to 80 Watts, as I saw Power Throtteling back to 70 Watts.
I also changed the PL2 (Short Power Limit) to 90 Watts, as this seems like a safe value.
My CPU is rated for a TDP of 45W, my numbers are almost double, should this concern me?
I think the answer is no, however what would be a good number for my PL2?

Regardless of that, I ticked "Enable Speed shift When ThrottleStop Starts" to ensure that speedshift works.
I'm not sure what Turbo Time Limit does, nor the PP0 Limit. I recall some people putting this slider all the way up,
but I will need some advice on this.

This should wrap up my settings for now, let's check out the results.

Running Cinebench, everything seems fine!
Though we hit surprisingly high temperatures, I think this might be might be because of the increased power limits.

Nevermind, everything went wrong I regret everything
Having adjusted the PL1 and PL2, we still Power Throttle at the end of the test, and we are very close to the 98 Degree limit during the test.
I Think I might have made a rookie mistake by not restarting my computer, or something else is going on.
I'll try restarting but I would appreciate some advice and help in the mean time

Despite all that, a score of 3079 is a big improvement already!

As always, there is a data from everything I said

AOne said:
I would suggest - first repaste and then start tweaking.
Click to expand...

@AOne Thank you for the advice!
I just wanted to have a before and after result, to see the difference
that it makes

Any advice on the Power throtteling?
And should I increase the core undervolt, decreasing the Cache?

If you changed the PROCHOT Offset value to 2, you should also use the Lock PROCHOT Offset option above that. This makes sure that this setting will not get changed. Some Lenovo laptops will change this value.

This setting is not used when Speed Shift (SST) is enabled. No need to adjust this.

Use Cinebench R20 when testing different voltages. Start with the core and cache offset set to -125 mV for a baseline. Leave the cache at this setting and start increasing only the core in steps of -25 mV. Most users see improvements in their Cinebench scores with the core up to -200 mV or -225 mV.

Not a huge difference but you can definitely see the progression.

If you have a Nvidia GPU, I see little reason to undervolt the Intel GPU. When the iGPU is used, it is not significantly loaded so power consumption is not important.

MutatedT7 said:
My CPU is rated for a TDP of 45W, my numbers are almost double, should this concern me?
Click to expand...

This exact same technology is used for Intel's desktop CPUs where users run stress tests for hours at 200W. I agree that 90W is a big number but I think this technology can handle it.

The PP0 Power Limit is rarely used so do not check this option. Leave it set to 0 and set the PP0 Turbo Time Limit to the minimum, 0.0010.

Science 101. Increasing the power limits will result in higher temperatures. A 90W light bulb runs hotter than a 45W light bulb. Your laptop cooling system is way beyond average but still, there is only so much heat that it can dissipate. When you reach that magic point, thermal throttling will result. These are powerful CPUs when allowed to run wild. If you want less heat and lower temperatures, it is easy enough to reduce the turbo power limits. You can infinitely adjust the power limits and the turbo time limit to fine tune your laptop. What works best for you is up to you. For my desktop computer, I set the turbo power limits sky high, 4095W. If the CPU gets too hot, it thermal throttles. Intel coming up with layer upon layer of different throttling schemes seems excessive to me. Too many engineers with nothing better to do.

I do not see that. Your Cinebench score increased and is already up to where a 9750H should be. I have seen some 6 core CPUs throttling so bad that they score less than 2000 points in R20. You are definitely doing something right. A few more minor tweaks to the voltage and power limits might get you over 3100 in R20. After you are finished hunting for big benchmark numbers, then you can think about reducing your power limits so your laptop runs at a temperature that you are comfortable with. If you use your laptop on your lap, holding on to a toaster all day is not for everyone.

System Specs
@unclewebb Thank you for the advice!!
I saw some youtuber recommend to adjust the turbo ratio limits, quite hilarious to find out it does nothing on locked CPU's

I will start testing the extra core undervolting tomorrow, and I had a question regarding that:
Should you keep the extra undevolt if the Cinebench Score stays the same? Is there random variation in the benchmarks?

I also had a question about the power throtteling, since restarting did not seem to apply the power limits
Can I do anything else to prevent that? Change it in the bios perhaps?

Excited for tomorrow and thanks for the time

MutatedT7 said:
I saw some youtuber recommend
Click to expand...

Don't believe everything you see on YouTube. I grit my teeth every time I see some bad ThrottleStop advice. Anyone with an internet connection can become an expert on YouTube. Glad you signed up at TechPowerUp for some legit advice.


MutatedT7 said:
Should you keep the extra undervolt if the Cinebench Score stays the same?
Click to expand...

Only increase the undervolt if you can prove that it has increased performance or decreased temperatures. If you make a change and you see no benefit, why keep that change? You might have to do a few runs to get consistent results. It is impossible to keep all of the background tasks consistent between runs. That means there is always going to be some random variation from one run to the next.


MutatedT7 said:
a question about the power throttling
Click to expand...

If you have the long power limit set to 80W in ThrottleStop and your CPU still throttles at 70W, there is probably nothing you can do about that. Your last log file showed PL1 throttling right at 70W. You did not post a screenshot of the TPL window so I assumed that you had this set to 70W.

Some laptops use a separate set of power limits to enforce a long term power limit lower than what you can set in ThrottleStop. If your laptop is forcing your 45W CPU to run at a maximum of 70W, that is not quite perfect but it is really not that bad. Most Dell laptops, etc., force a 45W CPU to run long term at a maximum of 45W and there is nothing you can do about it.
Last edited: Thursday at 4:24 AM
You must log in or register to reply here.
Share:
Facebook Twitter Reddit Pinterest Tumblr WhatsApp Email Share Link
Top