System Specs
A friend just picked up a R9 Fury, an upgrade from his old GTX 950. He mostly plays CS:GO and didn't matter settings before he got around 200 fps on his 950. But his FPS is much worse with the R9 Fury. His GPU usage was low he said, I had him get this.

I'm a bit confused, never seen anything like that. Anyone got an idea on what could cause this?
Last edited: Dec 13, 2016

System Specs
The furys I have at work do that under light loads. Clock speed is stable are frame rates?

System Specs
Nope, his frame rates are all over the place. Basically look at his GPU Load and imagine that's his FPS. If CS:GO is too light of a load there must be some way to trick it into thinking it's not. I can't imagine everyone with a Fury is just dealing with this issue.

System Specs
I'd assume some do. I know it's not the most stressful game. But it's massively popular. And I would imagine that if the Fury suffers the RX480 would as well. Also if CS:GO is not stressful enough, Indie games are more popular than ever now. I would imagine most of those would fall under the same category.
Last edited: Dec 13, 2016

System Specs
I have no idea unluckily can you force clicks in MSI after burner? 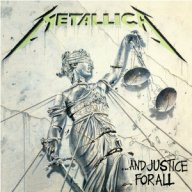 System Specs
I would suspect a driver issue also but also worth checking what power supply they have?

Fury needs a decent but more power than a 950

cdawall said:
I have no idea unluckily can you force clicks in MSI after burner?
Click to expand...

That's what that clockblocker did. You can see his clocks were solid and high up. But the useage just dropped randomly. Also was thinking about it. Stressful game or not. You can see it hit 80 or 90% usage, then drop right back to 0%. So it's putting enough stress to ramp the card way up, don't see why it would go to completely doing nothing, flat out 0% not even 10 or 15. Then way back up. And just keep repeating.

He could try this. But, when he swapped cards and was having issues. He formatted his HDD and did a fresh windows install with brand new drivers. And that was 2 days ago. So I'm not sure doing this would change anything.


Finners said:
I would suspect a driver issue also but also worth checking what power supply they have?

Fury needs a decent but more power than a 950
Click to expand...