After a couple of days NVIDIA announced its newest and finest graphics card named GeForce GTX TITAN Z, AMD confirmed that a successor of Radeon HD 7990 is en route to its launch. Maybe its code name is a bit familiar to us; "Vesuvius" was originally designate the name of a volcano located in Italy which destroyed the whole -then- city of Pompei, however now it indicates AMD's most powerful and outrageous (for all meaning) graphics card. It has been given a name following current nomenclature, R9 295X2.

R9 295X2 has two Hawaii XT GPUs. There were some rumors that it would have two Hawaii Pro instead of Hawaii XT thank to several reasons, most of those converge into one criterion : Power efficiency. R9 290X, which is based on Hawaii XT, consumes significantly more Watts than its Hawaii Pro variant R9 290, while the latter easily performs 90 to 95% of the performance of the former. Simply, Hawaii Pro is more power efficient and due to Total Board Power (TBP) limitation, using two Hawaii Pro instead of Hawaii XT seems sound. But, as of today, AMD didn't choose to do so. Not only equipping power hungrier GPU for its coming product, but also AMD actually overclock said hungrier GPU thus makes it the world's hungriest graphics card. In fact, official TDP specification of R9 295X2 is 500W. This is a necessary evil of being the world's fastest gaming gear, especially for the company whose fastest GPU cannot easily overwhelm the competitor's one in terms of power efficiency.

Anyway, since NVIDIA announced that TITAN Z will have 8 TFLOPS of single presicion calculation power and this implies it will have severely lower operating speed than current single-GPU flagship such as GTX 780 Ti or GTX TITAN Black, there is no doubt that R9 295X2 will retake the "single card king" title. The point we have to focus on is, by how far, R9 295X2 bests TITAN Z. Today, on disclosing performance and other characteristics (power consumption, thermal characteristics, etc) of R9 295X2, I also am going to try to answer that question by "simulating" TITAN Z by lowering the operating speed of a pair of GTX 780 Ti(to fit in 8 TFLOPS at base).

(I also made a youtube clip for quick summarization, but not sure whether it (= link the url) violates forum rules or not.)

Note that every Kepler-based SKU in this table has both "base" and "boost" state in operating speed. Since FLOPS number is derived from their own base clock, fitting GTX 780 Ti into 4 TFLOPS (= 8 TFLOPS for two of them) means its base clock goes 711MHz whereas the booster remains unchanged. In case of GTX 780 Ti, max boost varies according to ASIC quality of its GPU and is about +150MHz. So our own "simulated" TITAN-Z has a range of operating speed from 711 to 861MHz thus yields 8 to 9.7 TFLOPS instead of being solid at 8 TFLOPS. In other words, it is highly anticipated that "actual" TITAN-Z will be slower than what we demonstrated here.

Well, let's torture it. Here are performance summaries for each scenario(res * aa).

So far, we have seen all the test results and may derive following pros and cons:

Thanks for reading. Have a nice day! 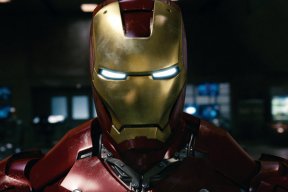 
DGLee said:
but not sure whether it (= link the url) violates forum rules or not.
Click to expand...

I don't think it does. Go ahead and link the video