And in the words of the Unreal Tournament announcer:
MEGASOME!!!

System Specs
Looks great tbh, extra buttons on the side of the mouse is a great idea, couldn't live without mouse4 and 5 in any games i play.

System Specs
ok id have a problem resting my hands on all those buttons, best to have them set forward or something, otherwise i myself would pickup the Logitech G500 Mouse


Yeah, I can see why you'd need your main weapon and pistol bound to 8 different keys and the rest of your kit bound to the other side buttons.

I doubt this would work very well at all for FPS...I'm sure someone will like it but I still see no point in this when even the cheapest gaming keyboards usually allow for macros and the more expensive ones allowing for even more.
Click to expand...

I like to hot key everything to my mouse like nades, the (use) key, crouch and pretty much everything else.

ADD in the WASD keys and who needs a keyboard am I right?

ZoneDymo said:
ADD in the WASD keys and who needs a keyboard am I right?

i should get it and try it..

System Specs
This is not a bad idea at all, and I'd like to see more MMO players use something similar, so that they're spending less time on the keyboard; ultimately making them faster and more accurate by using comfortable / reachable keybinds.

However it's a bit of a moot point for two reasons :

B) If you use a standalone board pad, like an Ideazon Fang, then you don't ever touch your keyboard again, except to type. Between a mouse with two side buttons, and the board pad alone, you're looking at over 150+ button combinations in a generic MMO game.


Having used the Fang and similar board pads, in conjunction with a mouse, I can say that all these side buttons would get a bit uncomfortable and convulted.


None the less, there are SOME bindings that could be useful with the mouse buttons alone, so I will definately give this a try with the board pad. 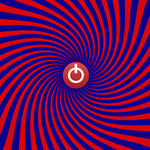