MilkyWay said:
its not like he was doing it in the video that was just where i was arguing about his pc, it was just what i said in the comments, he was like onboard cant sound as good as a real x fi

when infact mines sounds pretty good to me

ill make a vid if you like just need that on screen capture software and ill use my headsets mic
Click to expand...

that would be very cool

PCpraiser100 said:
Ketxxx, my drivers show the same name, and control panel. The install wiz (or I think Driver Signing) says that it doesn't know the Windows Logo before this happened. Should you have 64-bit drivers for XP 64-bit? Also, it makes buzzing noises when I move my mouse if I switch to headphones.
Click to expand...

Need more details than that, screenshots would be helpful too. The drivers are working fine on the realtek codec im testing on, cant test on the ALC1200 until my P5Q Pro comes back from RMA.
P 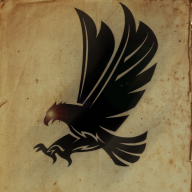 myfreelog said:
I can live without the equalizer, the problem is that i got the x-fi driver with the appsetup from this driver SBXF_PCDRV_LB_2_18_0008 and it says that the audio device supported for the application is not found, so i thought that maybe i would need to install x-fi mb anyway :S
Click to expand...

i have the same problem but i used appsetup from this driver XFTI_PCDRV_LB_2_17_0004 with the modded driver & i'm on XP.

Ketxxx said:
Thats odd the package is supposed to have 64bit drivers in as well according to the source i got them off
Click to expand...

helping Ket test under 7, so far same boat as vista people. For some reason my driver name does NOT change to say realtek Xfi, it just says realtek HD.

System Specs
Working on it. As well as a very creative (no pun intended

) way of getting the creative software to work without a time limit. No it is NOT a crak!

System Specs
better hire a huge team of lawers to protect yourself against creative. it appears they simply do NOT want people to have good sound unless they buy an x-fi. they went so far as to cripple the audigy drivers for vista, imagine how far they will go against another company using x-fi technology... :::shivers:::

I installed the 2.17 vista driver, and thought it wasnt working because it was still called realtek.

After reinstalling the creative software and rebooting, i now have a realtek X-fi

System Specs
Hey nice to see you're talking about me....

First off I'd like to introduce myself. This isn't how I would like to join into a forum. Hopefully I can enjoy my stay without someone giving me a hard time.

I bought an X-Fi over a year ago. I never said it was the best or that Creative was God. This guy takes EVERYTHING I say and puts it out of context. I actually said there are better cards out there now a days!

I never said what the OP has done is impossible. Infact I said its cool he has done this, but I'm not going to take out a card I bought over a year ago and use onboard.

as for the video cards I said I don't live in MaximumPC land. I live in the real world. I consider cards like the 9800GT mid range. I said cards like the 4870 or GTX260 are high end cards and mainly what I said was that ultra cards like the GTX295 or 4870x2 are overkill and unrealistic. I never said they didn't exist or something! Just that %99.99 of people have no use for such ultra high end cards.

I said newegg is a great site, with great products and reader reviews. I said I used to live out in the boonies and I bought everything online. Now I live and work beside a great computer store and I said "I would never buy online" I never said buying online wasn't great for some people.

I did say Crystallizer may help bad MP3's sound better, but I also said "I don't use it because my MP3's are all LAME 192 and better or FLAC."

So this guy hangs on my every word and then takes it out of context and replies with rude words. He thinks that because I have it in my year old computer that I think its the best. I made a video about MY computer and what I happened to have in it. I wasn't saying this is the best, build the exact same machine as me. It was a point of guidance and I wanted to show that you don't have to spend over $1000 to have a really decent machine today. thats all it was. Then he comes in "your PC is shit, you don't know anything about PC's" and all this kinda of thing.

I've got over 200 videos on YT, mostly of old school consoles as I collect them. I make my videos for my subcribers. I'm an extremely kind person and I try to help as many of my viewers as I can.

I'm open minded on all hardware. I have no side be it Intel or AMD, NVidia or ATi. They all have great products to meet someones needs or budget! I've built everything from Core i7 systems, to small 780G based boxes for HTPC. I'm a big fan of Phenom IIs but at the time I am running a P45/E8400 setup.

I've never said anything cruel or put down this user on here. But he emails me telling me to "shut up" and that I don't know anything about computers and to stop making videos about them.

I've been into computers since DOS, my first computer was an 80286 and I've been building them since!

There is ALWAYS new stuff to learn and I hope I can on places like this.

Once again, its great you have upgraded the abilities of the Realtek onboard audio. This should be great news for many. I'm no Creative fanboy, believe me I had my share of problems with the X-Fi on NForce chipsets and it was a turn off. I've admitted many times there are better cards for SQL. But I'm not going to take out the card now so this is not usefull to me at the time. But it maybe later!

System Specs
Hey BIRD, I'm watching some of your vids now. You gotta be the biggest old game freak I've ever ran across! Anyway I watched the Free/Open Source video and I liked it. Some nice name drops in there. I'm gonna have to check out that Camstudio software you use.

man calm down do you remember how i told you your retro videos where good? because i think they are, remember when i left a comment saying join TPU! forums ages ago no probly not

EDIT: the only guy ive ever had a beef with on these forums was that candle guy who ended up getting banned and the mailman beef was nothing hes okay, dont worry mate i wont bother you, ket im still uploading that video its taking ages btw it has nothing insulting in it at all it was just to promote and show people the drivers

dont send me angry pms on youtube i dont appreciate that at all man
Last edited: Mar 9, 2009

And no you wont get bans or infractions: i'll just start editing your posts with love letters for ket.

System Specs
If I write an off topic post, can i voluntarily have mine edited to be a love letter for ket?

I'm thinking about grabbing an Auzentech X-Fi Prelude, as I've had one in the past, and it works REALLY well with my Logitech Z-5500's. I've got Realtek onboard, and I'm using Vista 64 and once they release some updates will be using Windows 7 64. I want to ensure that I'm correct in assuming that the advantages that the Auzentech brings to the table versus a lower end X-Fi card are worth the money if I'm an audiophile, correct?
M

is there anyway to get the x-fi software on vista 64 or at least the features ket?

is there anyway to get the x-fi software on vista 64 or at least the features ket?
Click to expand...

kets working on that. hes tight lipped, but he's getting there.
Last edited by a moderator: Feb 3, 2016

System Specs
I'm trying all kinds of little tricks. Theres ONE paramater that governs if the stoftware will install / launch after install. Its called "ProductGUID" and is located in the setup.ini file. So far, only the gigabyte GUID works, must be a unique "universal" GUID gigabyte were given. Hell, I'd buy the software to get a audio quality leap like I'm getting, but you click to buy a serial and it leads you to a blank page

Ketxxx said:
I'm trying all kinds of little tricks. Theres ONE paramater that governs if the stoftware will install / launch after install. Its called "ProductGUID" and is located in the setup.ini file. So far, only the gigabyte GUID works, must be a unique "universal" GUID gigabyte were given. Hell, I'd buy the software to get a audio quality leap like I'm getting, but you click to buy a serial and it leads you to a blank page