Red EDP Other when EPP is 0 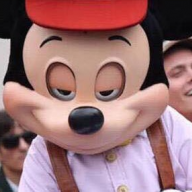 While im playing Kena: Bridge of Spirits i notice the EDP Other in red, but when i change EPP to 128 it turns Yellow. If EPP lower than 85 it will turn red again. How can EPP cause this problem? I locked the game at 60 FPS

Post some screenshots of the FIVR and TPL windows. If CPU voltage control is not locked, I recommend going into the FIVR window and setting IccMax for both the core and the cache to the maximum value, 255.75. I also recommend setting Power Limit 4 in the TPL window to 0. This can help get rid of some types of EDP OTHER throttling.

Your screenshots show that at EPP = 0, the CPU is running slightly faster than when EPP = 128. Many CPUs can not achieve maximum performance when EPP = 128 so there is slightly less power consumption needed. TS shows 14.5W is bad and 10.1W is OK. EDP OTHER is usually caused by the current limit. Less power requires less current which results in less throttling.

Hopefully the suggestions above will help solve this throttling problem. A 10300H has a 45W TDP rating. Kind of silly for a manufacturer to use EDP OTHER throttling to keep it under 15W. That is just bad design.

Thank you, i locked Power limit 4 at 0 and EDP Other is gone

kronkdark said:
i locked Power limit 4 at 0 and EDP Other is gone
Click to expand...

You only have to use the Lock option if your computer is changing Power Limit 4. Usually just setting this limit to 0 is good enough. Locking this does not hurt anything so that is OK too.
It looks like you picked up almost 1000 MHz. The 10300H is a powerful 4 core CPU when it is allowed to run as Intel intended it to run. Good work.