In essence I agree, but they should have left the option for the end user to turn hyperthreading off. 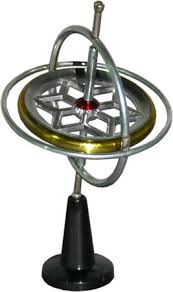 like it or not THERE is NOTHING CALLED IPC IMPROVEMENT if u carefully examine they only improve to the extent ....the NODE allow them to
Very Imp to Remember how AMD in the Last FX era being criticized for ipc thing and .....Reviewers tends to always downclock FX8350 to match the 6700k for so called fairplay
they dont seems to be doing the same thing now to INTEL where they downclock 8700K to 2700K levels and compare.

they always have two choices either clock it higher or Call it an IPC Gain.....Thats the TRUTH

System Specs
IPC is how fast a processor is clock for clock. Go compare an old Q6600 and any modern chip at the same speed and see what happens... the old q6600 will be slooooow. 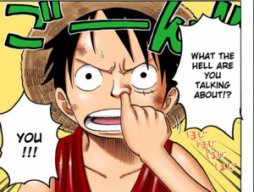 hat said:
IPC is how fast a processor is clock for clock. Go compare an old Q6600 and any modern chip at the same speed and see what happens... the old q6600 will be slooooow.
Click to expand...

I ask because i dunno if other factors come in to play when comparing IPC. For example: we know that Zen architecture has lower infinity fabric latency when OCed and that also raises it's performance so, following this logic, there will be significant differences (much higher then margin of error) when you compare a Zen chip with whatever other chip @ X speed VS @ X+500MHz speed.

With such a substantial difference in speed between the tests, how much of a difference in IPC would they have? This could potentially invalidate the way we currently measure IPC between chip architectures.

With such a substantial difference in speed between the tests, how much of a difference in IPC would they have? This could potentially invalidate the way we currently measure IPC between chip architectures.
Click to expand...

IPC really isn't that relevant in a CPU discussion. Its a 'ballpark' statement which allows you to get a rough idea of a part's performance at a given clockspeed COMPARED to something else that came before it, of which you *know* how it performs. IPC on its own tells you exactly nothing. Even with high IPC and high clocks you can still have workloads that bottleneck on something else, and the actual performance can still suck. For example, because the CPU has bad support for a specific instruction set and needs to fall back to something less efficient. Or because it only supports slow RAM.

always remember if there is an IPC improvement there wont be any HUGE clockspeed improvement (they could divide the Node benefit to 50-50%)
but they have to compensate somewhere otw it wont fit.
T

Fouquin said:
I mean... I run an overclocked reference Vega 56 in a Node 202 off a 450W PSU and it's performing within margin of error of a GTX 1080 without even touching the limits of my power supply. The "Vega is hot and hungry" meme comes from people pushing balls-to-the-walls overclocks on the Vega 64 Liquid BIOS, which can and will pull 600W alone.

As for the topic of the thread, I like the rumors but I will always be wary with AMD rumors. With the initial Ryzen parts they managed to smash expectations, but there have been many times before where the rumors were too good to be true and everyone was left disappointed.
Click to expand...

MMmmm....no, it came from vega drawing, at stock, more power then geforce cards.

just because your vega 56 OC runs on a 450 watt PSU doesnt mean it isnt drawing more power then the 1080, if fact it is a guarantee it is pulling more unless you got a golden die. Lets see your system power consumption under full load OCed with a kill-a-watt meter, then compare to the same system with a 1080. I'll bet good money the 1080 system will pull noticeably less power then an OCed vega 56.

Vega was slower and more power hungry, thus hotter, then geforce cards were, came over a year after the 1080 came out, and were more expensive. A vega 56 still costs 1080 money. The RX 580 and 480 offered 0 upgrade path for many, being as fast as a 290x, which had been out for several years by that point and had been available for ~$250 at one point after the first mining craze. AMD dropped the ball, hard, and has yet to pick it back up in the GPU space.
You must log in or register to reply here.
Share:
Facebook Twitter Reddit Pinterest Tumblr WhatsApp Email Link
Top