System Specs
Sapphire announced its second motherboard based on the AMD A75 chipset, the Pure Platinum A75P. This is the slightly more cost-effective A75-based socket FM1 motherboard by Sapphire compared to the Pure Platinum A75. It uses a more compact PCB, does away with features such as mSATA, features just two DDR3 DIMM slots supporting dual-channel DDR3-1866 MHz memory, and the open PCIe x4 slot making way for a longer PCI-Express x16 slot, which still runs at x4 speed.

Sapphire does seem to have improved the processor VRM design, it's likely that the board continues to use an 8-phase VRM, but features better power conditioning components. Expansion slots include one PCI-Express 2.0 x16 wired to the APU, one PCI-Express x16 (electrical x4) wired to the A75 FCH, three PCI-Express x1, and two legacy PCI. Display outputs include DVI, HDMI, and D-Sub. Storage connectivity includes six SATA 6 Gb/s ports. There is 8-channel HD audio, gigabit Ethernet, two USB 3.0 ports, and a number of USB 2.0 ports. Apart from UEFI, this board features redundant ROM chip technology, that protects against failed BIOS updates. We expect the Pure Platinum A75P to be one of the more affordable FM1 motherboards in the ATX form-factor. 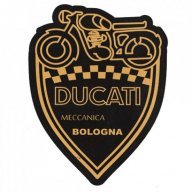 it looks pretty cool, no idea why they spaced out those caps tho lol, it makes it look cooler tho
H

Location
If I told u.. I'd have to kill u

So what! That has nothing to with this thread