System Specs
Seagate today unveiled the Exos 2x14, one of its first hard drives to implement the company's Mach.2 dual-actuator technology. As its name suggests, the drive offers an unformatted capacity of 14 TB. The drive features two independent sets of actuator arms that seek different regions of the platters simultaneously, resulting in a near doubling in random access performance, compared to drives with single actuator setups. The two actuator arms are suspended along the same corner of the drive casing, but move independently of each other, with their own RW heads seeking the platters. The Exos 2x14 is being marketed as an enterprise product, with SAS 12 Gbps interface, with sequential speeds of up to 524 MB/s, and random access speeds of 304 IOPS reads with 448 IOPS writes (these are hard drives). It has a spindle speed of 7,200 RPM, and is backed by a 256 MB write cache.

System Specs
"As its name suggests, the drive offers an unformatted capacity of 14 TB"
Actually the name suggests it has 28TB (2 times 14)
C

Caring1 said:
"As its name suggests, the drive offers an unformatted capacity of 14 TB"
Actually the name suggests it has 28TB (2 times 14)
Click to expand... 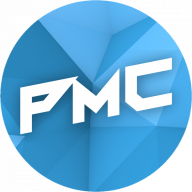