The G4ME ZERO and G4ME ONE gaming headsets feature no compromise audio and superior comfort for even the longest periods of gaming. In the microphone, Sennheiser's built in noise cancellation technology ensures clear communications for both online and multi-player gaming. Both headsets feature outstanding ergonomics, featuring intuitive volume controls on the ear cup and the ability to mute the microphone by lifting the mic boom - enabling users to focus on the gaming experience.

G4ME ONE - the ultimate in home gaming
Offering exceptionally natural and accurate sound quality, the new G4ME ONE is built to be the ultimate headset for home gaming. The open design delivers premium sound exactly as the game developers intended, while allowing air circulation to help keep ears cool during hours of gameplay. XXL-sized, plush velvet earpads, a cushioned headband and the lightweight design give the ultimate comfort.

G4ME ZERO - immersive gaming experience
The G4ME ZERO is the perfect choice for immersive gaming. Drawing on Sennheiser's experience in creating professional headsets for aviation, layers of padding and memory foam are shaped to effectively shield the user from external sound and prevent gaming sound from disturbing others. As Sennheiser's most quiet gaming headset yet, the G4ME ZERO enables users to hear every detail of the game. 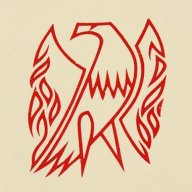 G4ME, spelled with numbers AND letters so you know its good...
R

Digital Dreams said:
G4ME, spelled with numbers AND letters so you know its good...
Click to expand...

I get the sentiment, but they're actually really good headsets.
Y