System Specs
Following on from this "open box" review (http://forums.techpowerup.com/showthread.php?t=103106), this post incl. pictures of a strip down as part of the following:

4./ Remove 3 screws with a dot by them (circled here in red)

5./ The keyboard pops out. You need to do this to get at the SODIMM memory slot. The default install is 1GB, and you need to take it out and swap it with a bigger SODIMM to upgrade. It does not take 2 SODIMMs, just one.

8./ CPU and chipset cooling setup. What could the issue be? Why does it make so much noise. The heatsink looks a bit small. The fan and the external case are not well thought out for airflow

9./ Under the heatsink, what's this? The Atom 330 gets most of the cooling, nearest the fan, the chipset... notoriously hot and inefficient, doesnt get much cooling support

No VAIOs were harmed in this stripdown. This netbook has been rebuilt and is fully working on 2GB... and is waiting for a SSD upgrade. 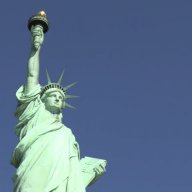 System Specs
if its new then its probably driver/bios issue , or if its older maybe intake or/and exhaust is clogged with dust ..or you put it on your bed where exhaust or intake is blocked

System Specs
It is nothing more than a poor design. A bios fix might reduce the problem... but with the consequence of a high idle temperature.

Engineers need a slap on wrist for this one. Look at pictures 8, 9, 10 and 11, and note that under the fan input there are not holes to air airflow. It is an "exit only" fan design... and the hottest part is the chipset which is the furthest from the fan. The heatsink is not copper (like the other laptop designs) but very lightweight and underspecced.
D

hi...
i thought about buying this sexy netbook and you succesfully destroyed my plans.
i just want to ask, if you will check the new W12, it has a different HDD (maybe more performance?) and comes with windows 7 starter.
now that you know everything about the W11 you can tell us the differences / or no differences to the "Updated" Modell W12.
(worst thing is seemingly the new battery with destroys the round design)

edit: first is SODIMM upgrade necessary? and should i mind something changing it(Ram type)?/same about SSD?

Nice, reminds me I should of done this when I completely dissembled my Fujitsu Seimens V5355 then rebuilt it : ]

System Specs
so, the fan sucks all the dirt from under the keyboard... no need to clean keyboard then

System Specs
I find quite a few laptop manufactures do it, Fujitsu Seimens and the now dead Tempest computers do.

System Specs
^ i have cheap ECS laptop that sucks air from the top, but not underneath the keyboard
there is a metal net like on speakers, between keyboard and monitor. under that net, there are speakers and a fan with heatsink. and that fan isn't working when cpu is idle, but under load it sounds like a vacuum. the nice thing is that you can easily take off that net without any tools and heatsink will be cool enough all the time
P

I'm quite happy with this Vaio and do not find the fan to noisy. Let us say the noise is affordable.

My question is about the Windows 7 edition you need to increase the RAM. On the Sony's specs sheet, the maximum RAM is 1 GB. If you look to the Japanese Sony's site (translated by Google), you can read that the RAM is maximum 1 GB with Windows 7 Starter and 2 GB with the Premium edition.

Do you have any experience to confirm this ?

Thanks in advance for your help.

System Specs
^ can't you also use USB stick to boost ram?
and no, i can't really answer your question
P

I have just bought this computer. It is good but I find that it makes too much noise.
Is there a solution so that the fan stops this noise?
Is it possible to remove the fan as shows it the stripdown? Can it destroyed the computer?

Thank you for your answers, excuse my English,

System Specs
DO NOT REMOVE THE FAN. The active cooling is very necessary because of a very bad thermal design and very bad intel chipset. Learn to live with the sound of a domestic jet engine, or get a new laptop.

lemonadesoda said:
DO NOT REMOVE THE FAN. The active cooling is very necessary because of a very bad thermal design and very bad intel chipset. Learn to live with the sound of a domestic jet engine, or get a new laptop.

/agreed. Personally i enjoy my wifs MSI wind. Its about a year old now, but its a very quiet system. I have the eeepc 8.9 1000 and it too is very quiet but it does get hot while sitting on the lap.

IMO, i was never a sony guy. Proprietary tech always scared me about the viao desktops. i hated the cases and hated the price tag. My wifes MSI was 250 NIB and my asus was 229 (after rebate) NIB. Its also very easy to upgrade the MSI's ram to 2GB, not so much with the asus but its doable.

I own this netbook (W12S1E) when looking to buy a netbook I thought I couldn't miss with buying a sony. the design is appealing, much hdd space, good resolution. but that noise is something very irritating. i noticed it as well, so i found this topic in google. first i thought the problem was with Ubuntu temperature sensor regulation, but after seeing the pictures of the interior i only can say that the only problem is indeed lack of intake ventilation holes.

since i can not return it to the store, i am willing to solve the problem myself. it may sound ridiculous but drilling ventilation holes and placing new heat-sinks and paste might do the trick.

i don´t know if a ssd is that much cooler in comparison to a normal disk. but it could help like 2 degrees Celsius, that would be a lot. maybe an idea for the near future.

System Specs
Before I start getting cross with SONY engineers again, let me just say that IMO the SONY W11/W12 is the nicest design, has the best screen, best keyboard, and best trackpad of ANY netbook. The let-down is the noise. Otherwise, no complaints.

A SSD doesnt help with making for a cooler laptop. I've installed a SSD and it (unfortunately) doesnt impact the noise at all. The problem with the noise has nothing to do with a "hot" HDD, since the HDD doesnt get used enough to get hot while just browsing, but has to do with noisy CPU/chipset cooling design. I had hoped for a bit of luck and that replacing my HDD with SSD would help... but it didnt

The SONY W11/W12 is surprisingly cool. There are no hotspots to find by touch it. It doesnt get hot on the lap either. And that is quite unlike some some other netbooks that DO get hot. There really seems to be only one "hotspot" which is the CPU/Chipset that the fan does actually do quite a good job of cooling, but only with that dreadded jet-engine sound.

I would be careful about drilling holes in the case. You could really make the thing very ugly very quickly. And who knows, it might not be any better either. You should test first:


If you want to experiment, then open up the laptop, and try running it with the keyboard or the whole top cover LIFTED OUT OF PLACE. That will give MASSIVE airflow. If the sound stops then YES an airflow solution might help. You can then think strategically where those holes should go. I suspect they need to go underneath the laptop in the location of the fan intake​
However, I also think the problem is with the heatsink/cooler arrangement. It is: 1./ Too small, and 2./ The wrong way round. Given the placement of the chips, the setup is more effective at cooling the processor and less effective at cooling the chipset. BUT we all know that Intel did a masterly job at making the CPU power efficient and a shit job with the chipset. So it is just bad design/engineering and chip/heatsink positioning.

If you want to do a little engineering work... then I think it would be possible to design an additional THIN copper heatsink/heatspreader that would SHIM inbetween the regular heatsink and the chips. You could make this copper heatsink much bigger and longer than the original. It will help dissipate heat across the laptop. When I have time over the holidays, I will experiment. But getting hold of 0.5mm or 1mm thin copper and the tools to cut it accurately and elegantly is another question!
Last edited: Nov 20, 2009
V

I ran the netbook completely opened up, but still the fan is running (and loud) so the hole drilling idea won't fix anything in that case. I replaced the thermal grease patches with artic silver, but that doesn't help either.

it's not only a hardware problem, it's also due to the Bios that just starts the fan at a low temperature. Maybe they will come up with something different later.