EK Water Blocks, or simply EK as the company refers to itself now, had a decent showing at the virtual Computex 2021 event including new AIO CPU coolers, additions to its Fluid Gaming and Fluid Works portfolio, and more water blocks based on current designs and supporting newer hardware, including one we reported on just a few hours ago. These all interested me, but then there was a nearly two hour private conversation followed by a live stream that ended minutes ago which shed more light on future updates and products in its mainstream Quantum DIY liquid cooling lineup.

There were renders of the upcoming Velocity² CPU blocks shared before, but seeing them actually manufactured is a whole other thing. Velocity² is the update to EK's popular Velocity CPU blocks, with a complete redesign that evokes more comparisons to monoblocks than other CPU blocks. Taking cues from the flagship EK-Quantum Magnitude, you will see different cooling engines to better cool different CPU sockets. There is also a concealed aesthetic theme here, especially for the acetal top version where you can't see any screws in use, thanks to a patent-pending mounting mechanism from the back- again taking cues from monoblocks. EK says the new system uses "pre-tensioned springs concealed in the water block top, so with just a few turns on the thumb-nuts, the installation is finished". We look forward to checking these out in person when they release in the Sept 2021 timeframe. Read past the break for more from EK!

No luck with prototypes of the all new Vector² GPU blocks though, so renders will have to do. While not looking that different from the current generation of Vector GPU blocks, there is more than meets the eye. For instance, it appears that the angled I/O terminals are gone in favor of the EK-Classic style rectangular cuboid ones. This thicker terminal helps with port spacing, which in turn is part of a master plan from the Slovenian brand that we will talk about shortly. Lighting in applicable blocks is also now concealed behind a long strip more in the middle as opposed to shining upwards from the bottom, and there is now a single piece insert with jetplate for more uniform coolant split in the center over the GPU cover as well as helping prevent the jetplate from moving around accidentally. The backplate has also been updated to where the side now wraps fully around the PCB and makes contact with the GPU block for some additional cooling potential to components on the back of the PCB as with the RTX 3090 VRAM modules. The design language has been modified thus to fit the Velocity², and both are in line with the rest of the EK-Quantum product portfolio.

Ah, Lignum makes a comeback. The EK-Lignum products were of personal interest to EK's founder, Edvard König, that the brand is named after. Being the only products to use natural materials in the company's lineup, there is now a new Lignum GPU block coming to fit the RTX 3080/3080 Ti/3090 reference PCB as well as some Zotac PCBs that are simply longer than the reference layout. Expect these to fetch a pretty penny however, since working with wood involves more manual time and glue than machining would allow. There are no plans for an EK-Lignum block for the AMD Radeon side, so the red team will have to be content with the other offerings for the time being. The new GPU block fits alongside the Lignum CPU block and compression fittings, so we may well see a few more all-Lignum builds in the future.

Speaking of fittings, did you look at your blingy custom watercooled PC and think it needs more bling? Fear not, EK has real gold-plated brass Quantum Torque fittings coming up just for you. Available as compression fittings and angled adapters for a total of 32 new fittings, there is a thin layer of gold that I personally think will go well with an all black or white theme as accents. Helping further with this is the announcement of new pre-bent tubing, but now in metal to match the three finishes for the EK fittings (Black, Nickel, Satin Titanium).

I will be taking a look at one of EK's FLT reservoirs soon, which is a flat reservoir using 120/140 mm fan hole spacing for case installation to make for a retail product that was once only a custom modder's hard work. These also provide the look of a distribution plate in the front of a case without tying you to a specific tube plumbing layout either. The smallest that could be made thus is one that fits a single 120 mm fan mount, but that had challenges in designing enough space for coolant while also allowing air to escape. So imagine my delight at seeing this wee reservoir/pump combo unit come out that is all of 80 mm wide, and being able to fit in a D5 or DDC at the back. This allows for some tight loops to be made in spaces that you would otherwise not see, including the Lian Li PC-O11D external cooling unit that was first teased at CES earlier this year.

Radiators get a whole refresh coming up soon in the form of the new EK-Quantum Surface in black and white color schemes as well as several combinations of 120/140 mm sizes and multi-port and cross-flow special editions. This results in over 50 models, and there are three thickness classes employed here with S (30 mm), P (44 mm), and X (58 mm) more or less in line with the current EK-Coolstream SE/PE/XE radiators respectively. There is a silver colored trim on the end tanks that might irk some for taking away from the otherwise clean looks, but finally having white radiators across the board from EK will please even more no doubt.

This brings us to the new fans called EK-Quantum Phase and Impulse, with one aiming for a balance of RGB and performance and the other shifting further towards form over function. RGB sells, and I can't even begin to tell you how many RGB fans have sold for companies just in the last month alone. The EK-Quantum Phase is the more balanced of the two, but claims to be a high performance radiator fan with an impeller and bearing design to back it. Indeed, we are going to see a magnetic levitation bearing here paired with the square frame design that worked well for the EK-Vardar fans. The Impulse still gets the MagLev bearing, but adds in an RGB-lit frame on top of the central LEDs from the Pulse. The EK-Quantum Phase also gets some more features of the EK-Vardar fans in supporting interchangeable colored rubber corner accents for vibration dampening, and expect to see both fans use a frame-based link connector allowing for no cables required between multiple fans on a radiator (within reason) for neater cable management. The Phase will arrive ~Nov this year with the Impulse slated for a CES 2022 release.

See all those 7s in there? If you were wondering what that new I/O terminal on the Vector² was thicker for, now you know. Dubbed the EK-Quantum Matrix7, EK sees this as a new standard in PC watercooling similar to what the BSP G1/4" thread did in unifying different thread sizes a few years ago (I still maintain G3/8" should have taken off instead!). With distro plates taking off more than ever, having a clean set of parallel tubing runs has become easier too. EK wants to improve on this further by adding in consistency in spacing across all three used dimensions, and ended up using multiple of 7 mm to achieve this. The choice of 7 mm makes sense in hindsight once you consider there are several measurements employed today that come near 7 or right around multiple of 7, with the smallest one with the 1/4" (6.33 mm) thread that also has an occupied footprint over 7 mm, thus making 7 a logical choice in EK's eyes.

The Matrix7 system did not just come out of nowhere, there are already existing products which meet this metric and of course everything announced and coming up will comply too. By keeping things adhering to this, well, matrix of numbers, EK is able to ensure better compatibility for tubing runs from, say a CPU block to a GPU block irrespective of which CPU or GPU you have. This is why you have extender fittings in 7/14/28 mm height or the new radiators are 30/44/58 mm in thickness such that a 14 mm extender will get you from 30 to 44 and 58, and these radiators will be right in line with distro plate threads and, say, angled adapter fittings too. A new standard in DIY watercooling? Time will tell, but this depends a lot on support given by other companies to this system but also EK giving support to distro plates made for other companies. Something tells me CORSAIR, Phanteks, Tt cases will be treated less of a priority compared to Lian-Li and InWin cases though! Let me know in the comments section what you think of this, and also the rest of the announcements done.

The wooden top blocks and fittings from EK: https://www.ekwb.com/shop/quantum/exclusive
Z

Definitely not Lignum Vitae though.

System Specs
Hi,
From what I've read of how hot the back side 12 memory chips get last thing i'd want is a combusible material like wood there lol
T

The new CPU waterblocks are nice, but remind me heavily of a cassette tape.

System Specs
I dont understand the need for real gold fittings except to price gouge more than they are actually worth, an appeal to cash whales.
S

DeathtoGnomes said:
I dont understand the need for real gold fittings except to price gouge more than they are actually worth, an appeal to cash whales.
Click to expand...

Its not made of gold, its just using real gold for plating. The plating is really thin.

Steamroller said:
Its not made of gold, its just using real gold for plating. The plating is really thin.
Click to expand...

Steamroller said:
Its not made of gold, its just using real gold for plating. The plating is really thin.
Click to expand...

regardless of thick the plating is or whatever material they use for plating, its an increase in risk no matter how perfect the process is.

The bottom line is that this is still a PR gimmick to pad costs and sales to the "oh shiney!" crowd. 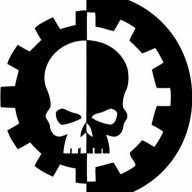 DeathtoGnomes said:
regardless of thick the plating is or whatever material they use for plating, its an increase in risk no matter how perfect the process is.

The bottom line is that this is still a PR gimmick to pad costs and sales to the "oh shiney!" crowd.
Click to expand...

PC gamers = "oh shiney!" crowd.
It's not a gimmick any more than RGB is. And ppl want RGB.
A all black build with gold fittings would look pretty good.
John Player Special anyone?


Auer said:
It's not a gimmick any more than RGB is. And ppl want RGB.
Click to expand...

Quit being so grumpy, who cares.
I have a closed case so whatever, but if bling makes someone else happy it's none of my business