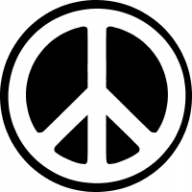 System Specs
Our ISP is BT Broadband and we use their BT Smart Hub (sometimes called the Home Hub 6), which was released in 2016.

The router (only just) struggles to reach every part of the home.

We had a similar issue at a different house seven years ago. We had signal in a specific room but it was very poor, so we got a device that extended the router's Wi-Fi signal. However, the device created a separate SSID and, since the connection to the router was very poor but not zero, we had to keep manually connecting to the new SSID when we were in this specific room as no phone would automatically switch, then connect back to the router's SSID when we left the room. It was very frustrating.

Is there a better solution, these days?

We can not replace the router.

We are hoping to buy a device that extends the signal (we don't need to extend it by much - so maybe a £50 upper limit?) but that (hopefully) retains the SSID so that phones do not stick to the barely-working signal.
Last edited: Jul 29, 2021

System Specs
First of all, do you have or can you run a cable from the main router to a different location in your home? This would make for the best possible signal from that point and onwards.

If that's a no, then most Wi-Fi range extenders should be capable of doing what you want. However, you're going to have to configure the SSID so it's the same as the main router, as this is normally not done automagically, but rather have to be done manually. I used to work for a router maker that copied the SSID of the router it was connected to in range extender mode, but I'm not sure if others do this. I know my now "old" TP-Link one didn't.

BT has horrible routers, had a version a few years ago connected to fibre and it was of course hidden in a utility cupboard as well, which didn't help. Luckily the flat had several Ethernet ports, so I could use another router as a range extender in the front room.

Anyhow, what kind of speed internet do you have? As that will matter a bit when it comes to making a suggestion, as the range is similar on all these types of devices, but the speed is not.
I would consider a dual band device, as in 2.4 and 5GHz, as you can use the 5GHz radio to connect to the main router for better performance and the 2.4GHz to then connect devices to.
Note that the range extender should be placed around half-way between the router and the area you want to cover.

Unfortunately I can't seem to find anything I would really recommend in the UK for the kind of money you want to spend, as it's either no-name stuff from xina or TP-Link (which tends to be terrible in terms of product support, expect two or three firmware updates for the life of the product).

I guess you could give this thing from BT a go, at least it should work with their routers no problem, or at least you would hope that's the case. It looks pretty pants though.

This might also be ok, if you don't mind the bulk of it. It's technically a wireless bridge, as you can plug in wired devices into it. It has at least received a few updates, but the last one is over a year old.

If you're brave and what to save some cash, try this one, it's at least a current product that seems to be getting updates. Do note that the Ethernet port is only 100Mbps if you're planning on using it.