System Specs
Anyone familiar with the Dark Tower series by Stephen King? Great books, among my all time favorites. Back to that later, as first we have the case (16$!) that I have to dig through and pull apart. It helps with the thinking process.

For scale, I've used a can of Rockstar in most (all?) of my pictures. This case is the biggest I've worked on so far. 25"x15.5"x7.25" approximately. Not the biggest you can get, but still quite tall.


The whole case is rather non-descript. There's going to be a good amount of cutting going on. The front is fitted for a single 80mm fan...:shadedshu

The back isn't much better. 2x80mm possibly the system speaker, and maybe a 60mm fan. Things that will change...

On the inside, there's 6 full drive bays up top, and a little 3 bay HD rack. Plastic fan holder of the likes I haven't seen since working on Dells. Wires leading to the power/reset switch and some leds. No front panel though, I plan on adding one myself.

The front panel taken off, power switch protruding. I have a nice rocker switch that I'm going to use instead.

Yar, here be the top half of the case.

Lastly, everything all strewn about for good measure.

So the front panel is just a standard chunk of plastic with buttons and pop-out bays. The rest of the case is some pretty heavy duty steel. Everything assembled it weighs in at 18 pounds. There's a good amount of things that can be done to this case just to make it functional. Obvious holes need to be cut to install fans. I might not even use the front bezel at all, and fabricate something else entirely. The entire thing is going to be de-riveted and painted after the cutting gets done. Thinking about swapping out one of the drive bays, or modding it to fit HD's instead. I'm really never going to use that many drive bays for anything, lol.

The Dark Tower bit I mentioned earlier, well. That's going to get outsourced. Each side panel will be done up by some starving artist. There's art fairs all through the summer around here, and I'm sure I can find one that's hungry enough to do some work for 50$. Part of the vision, would be a full panel shot of the tower in detailed color. One side being a view of the tower looking down a path to it sitting on the edge of a cliff, and the other side being the view of the tower from the opposite angle. The background is going to be cut-out, and a piece of plexi will go behind it. Lighting as appropriate to set the mood, probably an intake fan in the lower rear corner to catch the GPU and NB.

I'm still kicking around ideas right now. Pulling it apart got some juices flowing for sure. IF I ever get into watercooling, I'm pretty sure this would be the case to do it in. I'm rather open to thoughts and ideas, as I'm just getting things in my head as this begins to progress. This is going to be a bit longer of a process than the last case.


-Next time, some of the basic mods to get things functional. 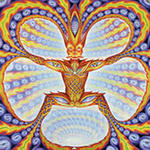 System Specs
Thats going to be one awesome beast. That was a great series, although true to Stephen King the end was not as satisfying as the ride to me. But how do you end your life's work? And the amount of his other works that are integrated into that series of books is absolutely astounding to me. Anyway, I can't wait to see this finished, I'm already getting all sorts of ideas for how it will look (uh-oh, I'll be disappointed again....lol, j/k).

System Specs
love the series, love the idea, love the case...
despite that freaky face on the back of it at the top...haunting..
what model is this case? eBay time

Heh. it's still there for 16$. Be warned though, the case is tall, but rather slim, and has no front panel connectors at all.

System Specs
This casemod brought to you by Rockstar! (TM)

System Specs
holyyyyy shit! no wonder this case looks so familiar, i had an identical one for my first ever build back in early 2000. i remember those plastic feet! i never used them as it gives another inch of height. yep, i liked the removable mobo tray too, very easy to put everything in then just slide it back in. back then i wasn't into taking it apart, i just wanted something to put the bits in. but looking at it now, it's a tall case for watercooling, lots of space for many HDDs etc. good luck with the modding! 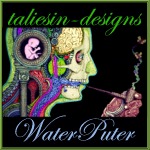 So I found some castor wheels that go to my daughters crib, you know, in case I wanted to enter her into a boxcar derby or something... whatever they're for. Got me thinking about finding some nice (not expensive) ones from somewhere. I'd probably pay 20$ for the four of em, and off to the internets I went a-searchin!

I really like this style, but the peg-type castors might be difficult to mount... 4.50 a piece too.

System Specs
Last two pics are not up but the easiest would likely be the top one...The bottom is a little too grocery cart for my blood.

System Specs
There they are, some people don't like off-site linking apparently. lol. 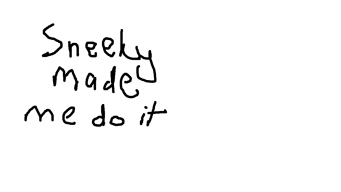 Location
where everyone wants to be

System Specs
I think those last ones are nice, but I am wondering what kind of load bearing they are good for (which I bet you probably know).

System Specs
They should all be rated for well over the 30 pounds this case will weigh when it's fully loaded. The ugly heavy duty ones are rated for 500 pounds, the stud type are the kind you find for a computer chair, so figure 250 pounds for those. The rest should hold up a loaded full tower rather well.

Location
where everyone wants to be

System Specs
Well then, I would say get the ones you like best, and just as I was typing this, maybe try to find white wheels with a silver or lighter colored casters so you can paint them to match the case.

System Specs
i like the top 2 most and the later one most. can you not get the other part to the ball type ones ?.

AsRock said:
can you not get the other part to the ball type ones ?.
Click to expand...

Nah, they're made for wooden chairs actually, so you glue them into place. Even if I could find something that might work, it'd put me over budget. I think I'm going for those last ones. Comes out to 19.95 after shipping, which is just perrrrfect for me.

Silverel said:
Nah, they're made for wooden chairs actually, so you glue them into place. Even if I could find something that might work, it'd put me over budget. I think I'm going for those last ones. Comes out to 19.95 after shipping, which is just perrrrfect for me.
Click to expand...

Well i remember seeing metel plate that fixed in to he grove but this was in the UK some time ago. I remember as it was my mothers sofa.


There was a wooden block with a metel plate at top which held the wheel with that grove so it clipped into place.

System Specs
Good case to work with, there's allot that can be done to it,, Thanks for the link,, I think I'm going to picked one up. Subscribed, Cant wait to see what u do to it,,, Maybe some help, this place has a big selection of wheels, http://www.greatlakescaster.com/great_lakes_caster___un_hooded_twin_wheel___65mm_designer_twin_wheel_un_hooded_caster_with_top_plate-TWUN-65N-P02-VS.php
Hope it helps.

System Specs
Dude. I just peed a lil. Awesome link. I'd thank you twice if I could.

Silverel said:
Dude. I just peed a lil. Awesome link. I'd thank you twice if I could.
Click to expand...

Alright, I'm ready to post up a few pics of things I've been working on. Nothing took all that long, but I'm still wrapping my head around the logistics of this tallboy. I even made most of the pics smaller so I don't strangle the shit outta DSL users.

First off I wanted to get those upper drive bays loosened up, de-riveting is simple. Take a drill. Point at rivets. Watch them fall off.

Ah, that rocker switch that I was thinking about adding in instead. It would fit into the existing button slot without much modification. I'd have to use the front bezel in that case though... decisions decisions.

Then there's the old actual switch. Seems to be a lot of gibberish that I don't really care about. Is that heavy duty or is it just me?

Then there's a mockup I did with a spare (read : crappy) PSU I had laying around, and a drive all the way in the top bay. Definitely gonna need to use all SATA stuff... unless they make longer IDE cables. Never seen em...

Thought I'd poke this thread for a minute. I am indeed working on it, jamming to some Korn, and taking a couple weeks off from work.

System Specs
Kool, nice to see ya back. whatever you decide to do, I'm sure it will look good.

System Specs
Nice case, was just thinking my self useing the 2-3 5 1/4 bays for dedicated air flow for the PSU. A fair few idea's come to mind and surly looking forward to seeing hat you do with it.