Thermal Compound show-down. And the winner is...


Arctic Cooling MX-1 looks interesting to me. It's a shame that AS5 don't cut it any more to be top thermal compound. 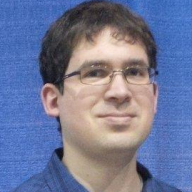 System Specs
wow Coollaboratory Liquid Pro seems to be extremely good. Looked it up.... apparently it can only be used with copper or silver though because it will damage aluminum. Clearly i should get some of this stuff for my next rig!

System Specs
I beg to differ on this, but the liquid stuff is better than AS5

magibeg said:
wow Coollaboratory Liquid Pro seems to be extremely good. Looked it up.... apparently it can only be used with copper or silver though because it will damage aluminum. Clearly i should get some of this stuff for my next rig!
Click to expand...

so whats the IHS on most chips made of ? looks like some kind of aliminium/steel?? to me 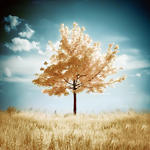 mullered07 said:
so whats the IHS on most chips made of ? looks like some kind of aliminium/steel?? to me
Click to expand...

They're made of zinc-plated copper, aren't they?

edit: Actually I don't know if it's actually zinc, but I know theres real copper underneath the silver part of the IHS

System Specs
just bought some of this-Coollaboratory Liquid Pro ,i will post in a few days and let you guys know if i get temp drops.i am gonna try ths on my gpu too.


EDIT-
DO NOT get this stuff near aluminium parts-

Was it tested instantly? Because AS5 beats MX-1 so badly after the burn-in period.

System Specs
I haven't even heard of most of the stuff in Best and Great. I don't know I have always used AS, and unless its like a huge 10degree difference after burn in, then I dunno that I would switch.

System Specs
I have MX1 on my Arctic Silencer I think. It was stock.

System Specs
i got it this morning (the liquid metal stuff),i have just applied it to my gpu/cpu.it is a bit of a pain to apply tho' coz it is liquid.i used a brush.

System Specs
AS mixed iwth mineral oil has given alot of peeps the best of the best, with no settle in time.

System Specs
Ha! I knew it was a good idea to buy a tube of MX1! I stick it on everything I feel inclined to put thermal paste on.
U

Common sense says MX-1 is either rebranded or hyped

Having some firsthand experience with certain "reviews" and even ones that make it into popular "publications", I know that there is a lot of payola happening in the industry. So when I read a review, I'm often skeptical whether the reviewer is getting "paid" for their opinion. (not necessarily this review, but I'm just a skeptic)

I looked the company, Arctic-Cooling, that makes the MX-1 and they are not a chemical company. They sell cases and heat sinks, etc.

I bet it's not trivial, nor cheap to develop TICs (thermal interface compounds). Based on the company's lineup, I would guess that they are either
a) rebranding a TIC from another company
or
b) their TIC that doesn't work as well as reviews may indicate.
or possibly both.

If (a), then I would really like to know who makes the TIC they are selling, because the manufacturer (like Shin-Etsu/MicroSi) should have very detailed performance specifications for their TICs.

Also, another thing that makes me suspicious is the fact that it is advertised to get "better" after a few days, or as time goes on. This makes it more difficult to prove because an honest reviewer or even an end user would then have to wait a few days to test again. (It takes more effort.)

Now, I compare that to a company like Shin Etsu (MicroSi Inc) or Dow Corning. These are companies that have a HUGE R&D budget and incredible resources, expertise and equipment compared to a company like Arctic-Cooling. Plus MicroSi or Corning specialize in such products. So I find it hard to extremely hard to believe, that a small company like Arctic-Cooling could really develop a product that was superior. It's not impossible, but highly unlikely. Artic-Cooling must be rebranding an OEM product, but which product and which OEM? (I don't have an answer to that.)

Finally, if you put yourself now in Intel's position, here is a company that will evaluate all these TICs and pick the one that is best for their product. With their R&D budget and thermal expertise, it makes good sense that they would pick the very best TIC for their CPUs. You might argue they don't do that for their heat sinks. ie. Intel doesn't provide the absolute best heatsink money can buy in their retail boxes. Yes, but for heatsinks, I believe there is a cost/benefit tradeoff, and more importantly a packaging trade off. For TIC, the cost is so low that I have a difficult time believing that Intel would choose anything but the best product. Also, for heatsinks, I've realized that one of Intel's important criteria is size. It must be small enough to fit into all cases/chassis. My stock/retail QX6700 cooler does that. If I put any reasonably performing aftermarket heatsink onto my CPU, the motherboard tray will no longer slide out of my Coolermaster 19cm case because of the interference from the heatsink.

So, for me, I will put my money on Intel's pick.

I have the Shin-Etsu/MicroSi MPU 3.7 (which is the stock TIC for their Xeons from 4 years ago. Not sure if it is still current.) It's high enough in the review list that I would choose to use it over a lesser known MX-1.

Also, I recently found on Intel's website that they changed the TIC for their Quad Core processors. It is Intel part number D54816-001. This is Dow Corning's TC-1996 Metal Oxide compound. Package says "Trade Secret Dimethyl, Methyldecyl Silexane". I also acquired this from Intel for my QX6700. To my surprise, this is only $1.10 on the Intel website. They don't give you much at all. Probably just enough for 1 CPU, whereas the MicroSi they used to put in their retail boxes, that was enough for probably 2 or 3 CPUs.
Intel's New TIC For Quad Core and Dual Core CPUs

Here is a picture of the two. I've not opened the TC-1996 package. Just got that today and waiting for my Scythe Ninja heatsink / cooler to arrive.
The Shin-Etsu MicroSi MPU 3.7 is on the bottom.

System Specs
MX1 is good stuff read the Arctic cooler 64 pro review in this forum it talks about it matching AS5 performance. Also I bought some Arctic Aluminuna is it any good? It seems to take longer to set up than AS5 but when it does is it anywhere near as good?

tigger69 said:
just bought some of this-Coollaboratory Liquid Pro ,i will post in a few days and let you guys know if i get temp drops.i am gonna try ths on my gpu too.


EDIT-
DO NOT get this stuff near aluminium parts-

System Specs
I am testing Zalman thermal grease ZM-STG1 -VS- Arctic Silver5 -VS- the AC MX-1 at this very moment.It will take me a while to get the results but I am really keeping my first little review as objective, fair and accurate as possible.The first one I am doing is the Zalman grease,it came stock with my CNPS9700 and was the easiest application of thermal compound I have ever had.Just a little "testers paint" kind of brush.

System Specs
I heard good stuff about Zalman ZM-STG1. They sent out different stuff with the 9500, so I just used my as5.

Dow Corning's TC-1996 Metal Oxide compound, should be a good contender for the top spot and easier to use than that liquid stuff.

How long is the set in time for the Zalman thermal grease? you should test the as5 last since it has such a long set in time, than you can tell us how Zalman ZM-STG1 does versus MX-1 sooner.

Edit: I really wonder if the as-5 in the test had its "set in time". I doubt it but i´ll soon know.

anticlutch said:
They're made of zinc-plated copper, aren't they?

edit: Actually I don't know if it's actually zinc, but I know theres real copper underneath the silver part of the IHS
Click to expand...

System Specs
Also Arctic Cooler is on of the premier cooling companies in the world. Mx1 is on everything they make for god sake half this forum is using the stuff on Arctic cooler 64 pros. How do you figure they re branded a thermal paste. Whats the benefit of that? Why don't you accused Zalman of the same (which would be pure nonsense). Just like what your saying. Lets face it we all love AS5. Their thermal past is on everything I own, however, that does not mean they cannot be beaten. Also Intel is a great company but they are known for cutting corner just look at their stock heat sinks straight junk. So why do think they always pick the best? because they don't and if there stock heat sinks are crap then what about their thermal paste. Also just because a thermal paste is made for someone doesn't mean It wasn't designed by them and the actual paste made by someone else. That generally how it's done anyway. As to it getting better over time almost every thermal paste made has a setting period including AS5 most are 100-200hrs of use. here is Arctic cooling reason for the time period

Since the MX-1 does not contain any metal particles, there are no problems regarding electrical conductivity and capacitance. In contrast to silver and copper compounds, contact to electrical traces, pins, and leads cannot result in any damage.

The compound hardens within a period of 200 hours and reaches thereafter its optimum performance. Because of the hardened compound, no evaporation or bleeding is possible. In contrast to metal or silicon pastes, this compound does not show decreasing performance over time, does not need to be reapplied and has a durability of at least 8 years.
Last edited: Mar 10, 2007
E

Dont all good heatsinks make use of aluminium? (or at least a mix of copper heatsink and aluminium vanes)
T

Dont all good heatsinks make use of aluminium? (or at least a mix of copper heatsink and aluminium vanes)
Click to expand...

Most. For passive alu > copper.

System Specs
so which is better from them so I can get some, going to get somethings from newegg

only ones in stock at the moment

DOM_ATI_X800XL_PCI-E said:
so which is better from them so I can get some, going to get somethings from newegg

only ones in stock at the moment