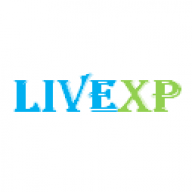 The GPU-Z 0.8.4 version works well and the UEFI box is not checked:

Uncompressed Intel UEFI GOP driver is portable executable, starts with the MZ string and is described as Intel(R) GOP Driver - this is screenshots what Intel GOP looks like from another computer:

System Specs
Why do you need to backup or restore such an Intel GPU BIOS at all?

Are you trying to over or underclock the GPU somehow?

techuser said:
How does the program detect the UEFI module in vbios?
Click to expand...

Sandy Bridge and newer IGPs are marked as UEFI supported, older GPU-Z simply always said "not supported" for all Intel

Naki said:
Why do you need to backup or restore such an Intel GPU BIOS at all?

Are you trying to over or underclock the GPU somehow?
Click to expand...

No, I don't want to make a backup, restore or overclock.

I only mean this UEFI option in the program.

So this means that the program only detects the platform e.g. Sandy Bridge and does not really check if vbios contains GOP module?

There were Sandy Bridge computers that had UEFI bios with GOP and without GOP vbios e.g.:

GPU-Z does not recognize the video bios, so how can it know if vbios has the UEFI module or not?
Below is a screenshot bios setting and GPU-Z on Win10 running in pure UEFI (GOP) without CSM on ASUS: 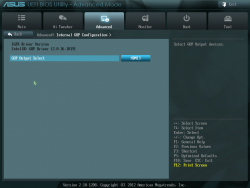 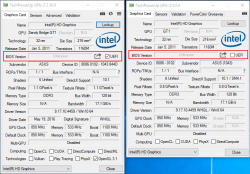