System Specs
My reactions are still pretty good, but not quite what they used to be. Maybe it's those 62 years, who knows?
Mid you, I still get annoyed when a head crab jumps me as I mumble, "Wtf!"
F

System Specs
I recommend going Ace Combat 7. One run of the campaign, if you rush it, will take around 10 hours. And each mission typically lasts 15-20 minutes, maybe 25 at most. Factor in a few extra minutes for briefings and browsing new planes to purchase between mission and you can easily get something done in around 45 or so minutes. No patches on PC (yet) although it could use one for some minor fixes. 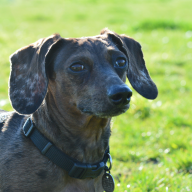 15th Warlock said:
You raised three kids all by yourself? Wow, I tip my hat to you sir! I don’t know how you managed to find time for your kids, work, and hobbies, that’s impressive.

I can relate to you, I had a nasty divorce back in 2013, she had a mental illness and never allowed anyone to help her until the point she turned on me and our kid. It was the worst time of my life, and I was a single dad to my kid for over 4 years until I met my current wife.

I wouldn’t have survived that period of my life without video games, raising my kid, work and games were the only things that kept me going. I can’t believe you had to be a single parent to three kids!

Did playing games help you too during that period? Congrats on raising your kids on your own, that’s an impressive achievement.
Click to expand...

During the divorce 2002 and when the kids were young all I did was work and take care of them. No hobbies at all. I would work nights and two jobs, then take them to school, pick up, appointments. It was crazy. The ex ran off with some dude, then later returned but the kids really didn't want much to do with her. Just had dinner with my middle kid last night. She's married, masters degree job. Doing really well. Looking back I can see the blessing in all of it. My last kid graduates this spring with a BS. 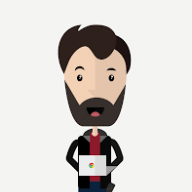 It's never too late.
I still can replay old games where no good graphic at all and I still feel great about them. 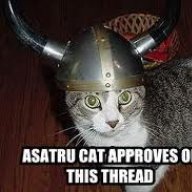 Jetster said:
During the divorce 2002 and when the kids were young all I did was work and take care of them. No hobbies at all. I would work nights and two jobs, then take them to school, pick up, appointments. It was crazy. The ex ran off with some dude, then later returned but the kids really didn't want much to do with her. Just had dinner with my middle kid last night. She's married, masters degree job. Doing really well. Looking back I can see the blessing in all of it. My last kid graduates this spring with a BS.
Click to expand...

Sounds like you have paid your dues in hell. The kids are what matters most and you obviously see that. 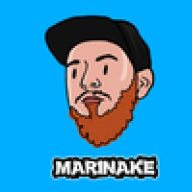 System Specs
Reading your post, I found myself between the lines. I am kind of sick of PC gaming just because it is so hard sometimes just do start playing. You have to thinker with the settings, you have to install DX, VCRedist and so on. Also, having my games library torn apart between Steam, Uplay, Origin, GOG and other platforms it's such a hassle. But ultimately, after everything it's set up, the games are enjoyable. You just have to find a reason to play it. Don't like a game? You don't have to finish it. Just move along to the other. That's what I do and I find joy in the most random games.

Also, I really enjoyed playing on my PlayStation 4. I finished God of War, working on Red Dead Redemption 2 and still have The Last of Us Remastered and Uncharted 4 in my backlog. Can't wait to play all of them

rtwjunkie said:
Every night I’ve told my wife I am going to play, but end up working on the mess, trying to pinpoint the problem. I’ll end up fresh installing anyway.
Click to expand...

Yeah, it's probably best just to install fresh with the latest iso in a case like this.

I'm lucky in that I upgrade installed W10 over W7 in 2016 and am still running that same install 3 years later with very few problems. Also, I'm on 1809 which had all the problems recently, but somehow managed to sidestep them. Just got lucky, I guess.

System Specs
Also got the latest update and the only problem I encountered was caused by a driver, not Windows. Actually, I never had problems with Windows 10. The only hiccups were caused by the various software I used. Last install lasted me three years and I changed my setup four times on the same Windows.

I had a Bally game canspole in theearly 80's, tired of it quickly ... only thing I remember about it was playing centipede and some off market game with cowboys and idians where if you won, you got to have sec with an Indian maiden ... which on screen appeared as looking at my toon from behind doing jumping jacks. We (meaning the kids) had Sega, PSs and XBoxes and I never found playing games on a console a satisfactory experience. While the 7th Guest is generally given the credit for bringing CD-ROM's into standard computer usage, I do remeber being fascinated by the game. Other high / low points:

HP - Playing Doom w/ The "barney Mod" where the Minitaurs were replaced by that stoopid purple dinosaur. If you are too young to remeber that annoying SOB, in the anals of law, there's actually a "Barney Defense" where the defense facing a charge of assualting a store mascot was overwhelenmed by bombardment of Barner TV shows his kids insisted on watching, along with Barney product commercials on every media, te store Barney mascot following the guy around the store made him "lose it' and he punched the crap outta the guy. I was same from that fate by the Doom Mod.

LP - Steam, with 3 kids i could no longer buy each of them 3 games for Xmas and let them swap, If all 3wanted to play same game, I hadda buy 3 licenses. The sharing thing eases the pain, but still a PITA. And when have had access to both, DRM Free and Steam versions, Steam is the more troublesome of the two.

HP - Hexen series which allowed one to play over the home network.

LP - Wow ... 2 of the 3 kids played ... they used to go on each others accounts and share resources, borrow weapons, etc. Blizzard determined this was 'hacking" and banned the older brothers account. The ban was2.5 months after the incident and 1 day after he subscribed for another 6 months.

HP - Saga of Ryzom MMO .. when WoW came out, 2nd oldest was disappointed didn't get into one of the beta's ... on one of the technical forums related to beta testing memory utilities, we got an invite for technical folks to participate in their early beta to discover hardware / software issues, crashed etc. So I applied and got in, set up an account for my son ,,,so when he came home from schoioil, would be ready ... month later created a 2nd account and we played for about a year, then youngest son joined and he played for about a year and a half. 15 years later, Im still playing tho I typically take 3 month or more vacations. Have tried other MMOs, don't have the patience for the mostly tween player base. Mostly stay for the community where average age is about 35. Send me a PM and I will get ya in for free or see spoiler.


: Actually, game is free until level 125 :0 .... there are 63 individual skills, all of which you can "master" by reaching level 250. After 125 yu need to subscibe if you want to a) advance further b) use apartments and guild halls or c) get additional pack animals. I'm on a 4 month break but will likely return in month or so.
HP - Witcher series ... it's eaily the favorite. 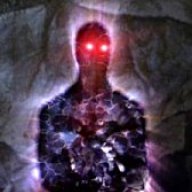 15th Warlock said:
Just sharing some thoughts with you guys, concerning our hobby.
Click to expand...

How does that have anything to do with age?

I ran into the same thing with BF5. That update was a complete redownload of 50 GB rather what an update is supposed to be! Although if I wouldnt always kick Origin off the background tasks it would have updated while I was watching tv-shows so I guess you have the same habit. My problem wasnt really that I wanted to play BF5 though because I played it through in solo mode within a day and cba going again. For online shooters I was always too slow but my age for sure doesnt make me faster so I dont even bother going. Once I tried and never saw someone to shoot at before I died. If thats supposed to be fun then I must be from another planet

I thought you wanted to find out if older people still bother with gaming or if they stay on as long as in the past.

I still do pencil mods

Wow... you guys are making me cry