Cyberware said:
Any recommendations for the TPL or other settings ?
Click to expand...

At the moment, the turbo power limits are only a global setting so you cannot set different power limits for each profile. Maybe someday soon.


Cyberware said:
I just noticed that the speed shift setting on the TPL screen was disabled
Click to expand...

I noticed this a couple of posts ago.

unclewebb said:
If you have a laptop, you should go into the TPL window and enable Speed Shift. The Speed Shift EPP setting on the main page cannot be used to control your CPU until Speed Shift is enabled.
Click to expand...

I am not sure if Windows is going to be Speed Shift aware. When Windows starts, Speed Shift does not exist so Windows might not manage this at all. Set Windows to the Balanced power plan. Look in the system tray. Is there a power slider available? Most laptops will show a slider that lets you select Better Performance or Best Performance, etc. With Speed Shift enabled and with Speed Shift EPP not checked on the main ThrottleStop screen, if this slider exists, try moving it back and forth. Watch the monitoring table in the FIVR window to see what Speed Shift EPP value the CPU is using. If this changes when you move the slider, Windows can manage Speed Shift EPP and you do not need to check the Speed Shift EPP option in ThrottleStop. If Windows is not able to manage Speed Shift EPP, you need to check this option on the main screen of ThrottleStop and you will need to manage this yourself. Set EPP to 0 for maximum speed, a setting of 80 is a good compromise for laptops. Use a big number like 192 if you think a slow and sluggish CPU is good for reducing battery power consumption.

Some users like to disable Turbo Boost when running on battery power. You can do that or your can set up a ThrottleStop profile that lowers the turbo ratio limits a little or a lot. 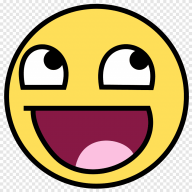 Sad that something like that isn't possible on such amazing tool. Can I use command line to change any of the active settings ? I could make a little script to do that.
Even if I have to change those settings myself each time, no problem.

I now have the option "Enable speed shift when ThrottleStop starts" ticked. I guess it does what it says ?

The Windows slider is available now, but I had moments in the past that it disappeared after applying ThrottleStop settings. And no, nothing changes in FIVR when using the slider.

Could you give me some numbers/advice for the turbo ratio settings and TPL please ? That way, I can fine tune it myself based on decent settings (and not internet rubbish ;-) ).

Quick update: just played Valorant for 2 hours with Discord call and everything went perfectly. A while later when surfing on the net, I got the BSOD again. I tried the TS bench and I had errors quite quickly. I lowered the undervolt from -200mV to -150mV of the CPU core and it is stable now.
Btw, there was no sign or error in the log file that the memory corruption would occur. There was also little load on the CPU and/or RAM.

Update 2: TS bench is stable at -180mV. I won't go higher because I don't think it's needed. It's still 90% of the previous undervolt and stable at least.
I added the logs and specified the undervolt of each test.

Quick question: On high load like the TS bench, the ring EDP other shows up in red or yellow. I read on other threads of this forum that it is because the CPU cache and core don't have the same undervolt. Can this harm the CPU in the long term or take performance away ? 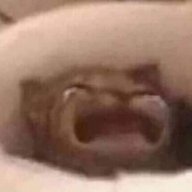 Cyberware said:
A while later when surfing on the net, I got the BSOD again
Click to expand...

Cyberware said:
Can I use command line
Click to expand...

ThrottleStop does not have any command line options. I should have included some options like this day 1 but I have never been much of a command line person.


Cyberware said:
I guess it does what it says ?
Click to expand...

The Enable Speed Shift option does exactly what it says. I cannot think of how I could possibly make this option any clearer so I have decided to remove it. Keep it simple is my motto so the Speed Shift option in the next version of TS has been simplified.

Cyberware said:
I had moments in the past that it disappeared after applying ThrottleStop settings
Click to expand...

The power slider in the system tray is only available when you are using the Windows Balanced power plan. If you use ThrottleStop to switch Windows to the High Performance power plan, this slider will disappear.


Cyberware said:
I had errors quite quickly
Click to expand...

It is usually the cache undervolt that causes errors. For most mobile CPUs, I would first try reducing the cache offset by 5 mV or 10 mV before lowering the core undervolt.


Cyberware said:
Could you give me some numbers
Click to expand...

TS Bench errors are not recorded in the log file. That might be a good idea for a future feature.


Cyberware said:
I read on other threads of this forum that it is because the CPU cache and core don't have the same undervolt.
Click to expand...

I have never heard that before. If I did read that in this forum, I probably quickly forgot that theory. The EDP under the RING column is hyper sensitive. It is also linked with other things so if you have any power limit throttling on the CPU core, that can trigger EDP to light up at the exact same time under RING. No idea why this happens. Concentrate on boxes lighting up red under the core column. That is what is important.


Cyberware said:
Can this harm the CPU
Click to expand...

Why does everyone worry about harming their CPU? This rarely happens even when you abuse the snot out of your computer. My closets are full of old computer hardware and CPUs that run just fine. I have heard that requesting different voltages is just a trick that reduces the CPU voltage when it is running AVX instructions. This should not hurt anything.
H

unclewebb said:
If you have used ThrottleStop to lock your turbo power limits, try using ThrottleStop 9.2.9 to unlock them. I think the new version has power limit unlock feature.
Click to expand...

Where is this located? I'm on the latest beta and I can't seem to find it :s
E

HenryCase said:
Where is this located?
Click to expand...

Open the TPL window. In the turbo power limits section at the top, is there a Lock option?

unclewebb said:
Open the TPL window. In the turbo power limits section at the top, is there a Lock option?

Actually my TPL window looks nothing like that at all. I installed the latest beta, but maybe I did something weird.

@HenryCase - My latest beta looks a little different than your latest beta. Being the developer does have some privileges. All versions of ThrottleStop still have a Lock option in the Turbo Boost Power Limits section. Post a screenshot and I will draw a red circle around this option.
H

unclewebb said:
@HenryCase - My latest beta looks a little different than your latest beta. Being the developer does have some privileges. All versions of ThrottleStop still have a Lock option in the Turbo Boost Power Limits section. Post a screenshot and I will draw a red circle around this option.
Click to expand...

Well now I do feel quite dumb. I got it. Thank you


unclewebb said:
@HenryCase - My latest beta looks a little different than your latest beta. Being the developer does have some privileges. All versions of ThrottleStop still have a Lock option in the Turbo Boost Power Limits section. Post a screenshot and I will draw a red circle around this option.
Click to expand...