System Specs
Valve, creators of best-selling game franchises (such as Half-Life and Counter-Strike) and leading technologies (such as Steam and Source), today announced Left 4 Dead 2 (L4D2), the sequel to the best-selling and critically-acclaimed co-operative multiplayer thriller.

Coming exclusively to Xbox 360 and PC, L4D2 promises to set a new benchmark for co-operative action games and become one of 2009's marquee titles.

"A large part of how Left 4 Dead became 2008's top-selling new IP on Xbox 360 and the PC was the custom-tailored gameplay made possible by the AI Director," said Gabe Newell, president and co-founder of Valve. "With the knowledge gained from creating the original, new technology, and a passionate team, L4D2 will set a new benchmark for cooperative action games."

Set for release on November 17, the title adds melee combat to enable deeper co-operative gameplay, with items such as a chainsaw, frying pan, axe, baseball bat, and more.


Introducing the AI Director 2.0, L4D's dynamic gameplay is taken to the next level by giving the Director the ability to procedurally change weather effects, world objects, and pathways in addition to tailoring the enemy population, effects, and sounds to match the players' performance. The result is a unique game session custom fitted to provide a satisfying and uniquely challenging experience each time the game is played.

Featuring new Survivors, boss zombies, weapons, and items, Left 4 Dead 2 offers a much larger game than the original with more co-operative campaigns, more Versus campaigns, and maps for Survival mode available at launch.

Supported by a $10+ million marketing campaign, Left 4 Dead has sold over 2.5 million retail copies since it was released in November of 2008. Left 4 Dead 2 is targeted for release on Xbox 360 and the PC on November 17, 2009, and will be launched worldwide with a multi-million dollar marketing campaign across TV, Outdoor, and Online.

"Left 4 Dead was backed by our most aggressive advertising campaign to date, and resulted in a top 5 showing on two platforms during holiday 2008," said Doug Lombardi, VP of marketing at Valve. "Left 4 Dead 2 is a larger game and will be supported with even more consumer and retail advertising programs than the original."

Left 4 Dead 2 will be featured as the cover story on PC Gamer and Official Xbox Magazines this month. For more information, please visit l4d.com 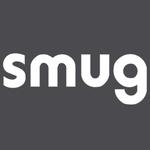 System Specs
You yanks get to see how a souther handles the undead.
A

System Specs
looks awesome but im a little disappointed. they can do so much more with vanilla L4D. they should atleast release some more content for it. Like maps and what not. I hope they dont havent givin up on the orginal one already.

First they give us less then half a game, which still was awesome.
Then they sorta make it how it should have been launched.
Then instead of adding more content they say "here you go, SDK go make you own".
Then in a very short time period the announce L4D2.

System Specs
As much as I like the thought of more L4D, I am a little surprised that a sequal is coming out so soon after the first one. It is a bit of a shame considering that most of this content could just as easily have been released as an update.
L

Valve, creators of best-selling game franchises (such as Half-Life and Counter-Strike)
Click to expand...

They didn't create counter-strike , it was made by a guy named Minh Le and some other guy , they did it for fun as a mod for half-life and this mod made valve a very rich company , half-life wouldn't even be remebered today if it wasn't for counter-strike.

leonard_222003 said:
They didn't create counter-strike , it was made by a guy named Minh Le and some other guy , they did it for fun as a mod for half-life and this mod made valve a very rich company , half-life wouldn't even be remebered today if it wasn't for counter-strike.
Click to expand...

System Specs
By that logic, they didn't create L4D either. It was a mod team that got swallowed up by the Valve machine.

System Specs
While this seems cool, I am also disappointed that it will be released so soon after L4D instead of seeing more updates.

System Specs
Why do I feel like the only reason they are releasing L4D 2 is because of the Xbox 360. I mean look at the support TF2 has seen on the PC, it started out with about as much content as L4D now it has so much more. This is what I was hoping they would do with L4D but no, they are going to release what is essentially the same game that has more content.

Common Valve give us devoted fans and PC users an update that includes all the new stuff. Otherwise Valve can go to hell, I am not paying 50 bucks for another half finished game like the first L4D.

System Specs
Yall sound like a bunch of nymphomaniacs getting raped. You say how much you hate it but deep down you want more.

System Specs
I was gonna buy the original for online these days...Do u guys still think its worth it?Or wait for the 2nd???
K

System Specs
The first one was a little half done on release, but fun to play. Now on the other hand, an update would make sense, but Valve won't make as much money on just updating. So this is what they resort to. Perhaps I'll pick it up half price like I did the original then it'd be somewhat worth it.

TheMailMan78 said:
Yall sound like a bunch of nymphomaniacs getting raped. You say how much you hate it but deep down you want more.
Click to expand...

and speaking of counter strike, im still waiting for valve to release the sheild and the rest of the terrorist skins. and why release L4D2 before CS2?

hmm what else can we yell at valve about?

System Specs
I guess I am the only one that see's this like EA's Madden series :shadedshu. This time we can melee

. Is that all? I was hoping for a better selection of assault weapons, various home made grenades, more characters, etc.

System Specs
more special zombies too, 8 vs 8 would have been awesome.

EastCoasthandle said:
I guess I am the only one that see's this like EA's Madden series :shadedshu. This time we can melee

. Is that all? I was hoping for a better selection of weapons, more characters, etc.
Click to expand...

Dude did you watch the trailer?!?

ShRoOmAlIsTiC said:
more special zombies too, 8 vs 8 would have been awesome.
Click to expand...


TheMailMan78 said:
Dude did you watch the trailer?!?
Click to expand...