What was your first PC?

R-T-B said:
A 1992ish Packard Bell 486 abomination. I remember little of it other than it was 66mhz, but at least the DX variant. 4MBs of ram. ... The thing never could properly run Tie Fighter...
Click to expand...

Wow, I finished Tie Fighter on my 386DX using a mouse. That was some good workout

Also, beat Doom and Doom 2 on the same machine. Must've been around 10-15 fps 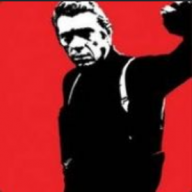 Pentium 110(?) w/W95. The only browsers then were Explorer and Netscape. Netscape was not free. Most of my games were on 5.25" flippies.
Not much later I gave it to my father when I built my own. Multistar, dBase IV, Wordperfect, Multimate, etc.
F

It was powered by a Zilog Z80 cpu running @ 4Mhz with 64k memory = LOL by today's standards. 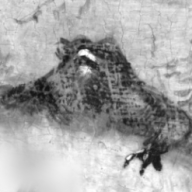 My dad gave me an SFF Dell OptiPlex GX280 (came from a PC recycle shop I think) when I was like twelve. 3GHz Pentium 4 and 4GB ram, I mainly used it for schoolwork but definitely spent many hours in Doom, StarCraft, and Quake II - I believe it also ran Portal and HL2 without much issue either. It wasn't until I tried to play the PC version of Guitar Hero 3 on it that I realized integrated graphics was a limitation. At some point I managed to convince my dad that I needed something called a "graphics card" in order to do video editing (which wasn't a lie, I did spend a lot of time back using the family video camera to make little videos and stop-motion films - but I mainly wanted it for Guitar Hero), and I ended up with a 1GB Radeon HD 4670 from Best Buy. The GX280 was actually one of the few OptiPlex models that had a PCIe 2.0 slot (even the SFF version!), but I could only fit it in if I kept the chassis permanently open at like a 45 degree angle. Was horrible for keeping the computer free of dust, but I could play GH finally!

My family definitely had much older PCs when I was growing up, but this was the first one that I could call my own and actually play games on without getting scolded or blamed for virus infections. 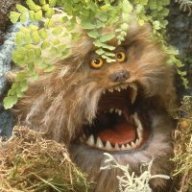 System Specs
Homebuilt (with a large debt to the assistance of a college classmate) K6-2/400 on a GA-5AX (ALi Aladdin V) with 128MB RAM. 13GB Maxtor HDD, Creative PC-DVD DXR-3, LS-120. Diamond Monster Fusion (16MB Voodoo Banshee), SBLive! Value and SMC 10-base NIC. Innumerable other components have passed through the still-in-use Superpower Zephyr chassis. One 3.5 cover is missing in the pic, but I somehow have all the original case parts 2.5 decades later, including slot covers (but not screws). Can't say the same for the OG componentry, though. Never did figure out what happened to that hard drive. 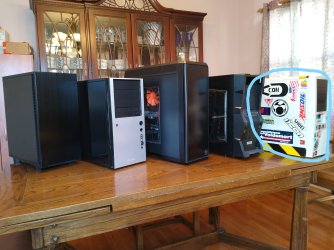 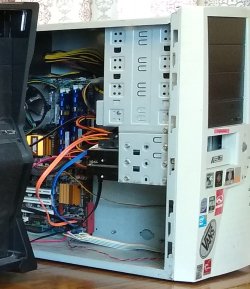 A lineup with a couple of modern cases. 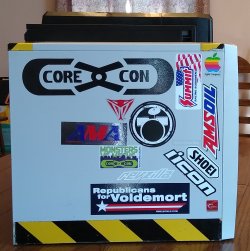 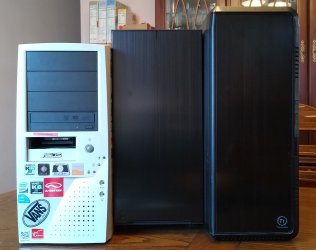 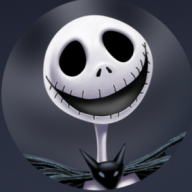 System Specs
Pre built my dad got me for 16th birthday (I kind of think was 18th, but I had it when I was doing my IT training after leaving school so must have been 16th).

Was very surprised as previously to this my dad would typically say no to everything I asked for and had never spent anything like this on any present before, I went in the shop with him in tow, and he said yes out of the blue.

As a family we did have the green screened cpc 464, which was mostly used by me in the living room, I cannot remember why it was brought and who it was supposed to be used by. But I had good fun on it.
W

Sure it counts, it's reasonably personal and it's a computer. I'm less sure that this one counts, though:

I bought one in 1989 I think, that's when I went to the university and needed a programmable calculator. Oh no, it wasn't able to http://.
A