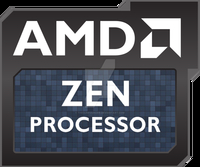 System Specs
Hello to everyone, I have two pc's on my place, an FX-8350 and a 1090t and I used to have old hdd's with Windows XP Pro SP3 installed to both the machines, just to keep compatibility with older programs!! The first installation was installed on December 2008 and the second one on June 2009. Windows Vista was not an option back to those days!

About 4 years ago I've installed the sata drivers manually (registry hack) because I switched to AHCI mode. Since then both the installations never boot up again, even with system restore through the recovery console! Always the systems were keep rebooting with BSOD!

Today searching for possible solutions I've managed to use the DEFAULT, SAM, SECURITY, SOFTWARE, SYSTEM on the "System Volume Information" folder and a previous system restore point! Both the machines worked and entered safe mode and after that normal boot works again! On 1090t I had to remove the drivers manually for the 6870 to be able to boot to normal mode!

But I have an issue with the 8350 build, no drivers can be found for the RX 480 to work with XP! Is there any solution to be able to use all the features of a normal card and not the Generic one drivers? Is there somewhere a hacked driver to work with Windows XP? Or should I buy a cheap Windows XP compatible GPU? 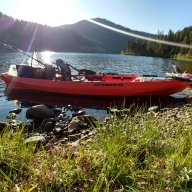 System Specs
Windows Vista came out in 2006, and Windows 7 came out in 2009. Not sure how neither were OS options back in those days? I suppose there could be a number of other reasons aside from availability including compatibility, but just wanted to clarify what I had interpreted from your second sentence.

You won't find XP drivers that work for an RX480 that I'm aware of. You should buy a legacy graphics card from that era and use the legacy drivers. Not sure if you'll find a hacked driver that works on XP or not, but for a newer GPU I'd expect not. Nice work getting the 6870 system to boot!

Mind if I ask what software you are maintaining XP installs for to continue using? There are still a few out there...but it is usually either games or costly industry specific software in my experience, hence the curiosity.

I want to preserve these old OS installations for sentimental reasons and full compatibility for Windows 9x/ME games and applications that aren't compatible with Windows 7, 8, 10 without custom hacking or patching. (I also created vintage machines for pure hardware experience, a 386DX40 with PC-DOS 2000, top hardware for it's era, Pentium MMx for Windows 95 OSR2.5 and DOS 7.10, my primary DOS gaming machine for latest DOS titles and an Athlon XP for Windows 9x/ME applications!).

My father sometimes is using old version of Accounting software of a wellknown local Greek company, which only works on Windows XP, to be able to print text and data without issues. He's retired since 2012, but he keeps always his mind practicing! Also Professional Write documents which never migrated to newer document processors applications. Many MB's of those files since 1980s! An of course installations of old Games! I've always liked the Windows XP!

As you can see ME and Vista (we used to call it here, "Svista", which means in Greek, uninstall it) never installed or used by me! The same happens with 8 and 8.1. Now I have more operating systems to play such as OS/2 Warp and NT 4.0 on virtual machines, but I want someday to install it on pure hardware.

I'm using Windows 7x64 Ultimate since November 2010 for both the machines I mentioned!

System Specs
DOSBox and VirtualBox are not good options?
Oldest AMD GPUs with XP support are the first GCNs, so HD7000 and some R 200/300 series.

PCI Passtrough is also an option, running a Linux host (this only works on Linux), with a virtualized Windows guest, but giving direct access of a GPU to the Windows guest, allowing full performance. 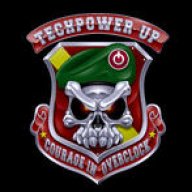 System Specs
Also @Black Flag , you should get some pictures and specifics of these ole nostalgic systems and post them in the nostalgic hardware club thread here:

Always awesome to see these systems and there may be a couple of the members that frequent that thread that may have some insight on your requests and concerns.

System Specs
Catalyst 14.4 was the last support for XP.
I'd at least try it. Got nothing to lose.

System Specs
Thank you GoldenX for your suggestions!
I'm using DOSbox frequently but I grew up with DOS! I want pure hardware and software experience for nostalgic reasons!

Virtualization of Windows on Linux is a different approach for me! The last thing to try! But sometimes it may be necessary!
My first attempt to use virtual machine was back on 2002 when I've installed Windows 98 on Vmware Workstation under Windows 2000 to play Red Alert, because I couldn't run it on Win2k! I learned how to enable the compatibility tab on Windows 2000 for previous OSes on 2004!

I have one somewhere but it will not fit to the case! It's a triple slot DC2T.

Soon after I paid some ungodly amount of bucks to buy a Diamond Monster video card in order to play Doom with the 3DFX hack.

System Specs
You have to change a registry entry from a 3 to a 0 for your hard drives to boot up in AHCI mode.

Restart enable AHCI mode in the BIOS and your good to go
Last edited: Apr 14, 2018

Mr.Scott said:
Catalyst 14.4 was the last support for XP.
I'd at least try it. Got nothing to lose.
Click to expand...

AMD did release one more XP driver after that, though it's not widespread. It was targeted for NetCafes in China, which were likely to still have XP on their computers, but works fine for general consumers. It's notable because 14.4 had some driver crashing when attempting to run DirectX after the computer has been on a while (at least on some AMD APUs) and this later driver doesn't have that issue.

System Specs
For Legacy stuff its sometimes just easier to build a retro rig, software to hardware emulation isn't worked on hard enough imo. Example hardware layering for a driver to detect the 480 as a 290/280/6770 etc for XP, or a x800 for 98SE etc

I have one somewhere but it will not fit to the case! It's a triple slot DC2T.

stinger608 said:
I had a DX40 when Doom first came out!!! I think I was running only 4mb of ram at the time. I paid $100 for another 4mb of ram to upgrade the system just to be able to play Doom.

Ha, I had remarkably similar experience with AMD486DX40 but I managed to play Doom with 4MB RAM, but I spend all my savings from part time work as a teenager to buy another 4MB to be able to use Win95