Microsoft has discussed upcoming additions to Xbox Cloud Gaming including mouse and keyboard support along with latency improvements during a recent developer event. The current list of Xbox titles supporting keyboard and mouse input is currently quite short but as Microsoft promotes this new feature we would expect this lineup to grow. Microsoft also announced a new Direct Capture feature in their Display Details API that can reduce latency by up to 72 ms to as low as 2 -12 ms compared to 8 - 74 ms with the current pipeline.

This new API does come with some limitations however such as only allowing a maximum resolution of 1440p and not supporting dynamic resolution or HDR yet. These limitations should have a minimal effect on developers as streams are currently limited to 720p on mobile and 1080p on other platforms. Microsoft also plans to launch several new tools soon to assist developers in adding Direct Capture support to their games.


Morgan Brown - Software Engineer @ Xbox said:
Xbox has been supporting keyboard and mouse for a few years now, and we're working on adding it to streaming for PC users
Click to expand...

I know cloud gaming is not really something that people look forward on a hardware enthusiast site, but it starting to create it's own niche. Most of these streaming site have the ability to share games and subscription among family members.

In the end it's much cheaper than buying many Gaming PC and/or consoles. Most kids have anyway some kind of computer to do their homework. you can now buy something cheap and they can game on it.

I tested it to play with friend using it, it's very usable. i still prefer way more playing on my high end pc, but for people that are on limited budget, cloud gaming is a real alternative.

The best option remain Geforce Now, but it's the least user friendly. Stadia is top on gaming experience but the hardware age is starting to show and the game selection suck (even if they announced supporting proton to make porting game easier.)

I didn't play much with Xbox because you had to had a remote. tried it a bit and it was ok. The user experience is better than Geforce Now but it's last in quality.

If Microsoft is able to improve significantly the quality of the stream and reduce the latency, they will probably have a winner there. Their game selection is top notch. 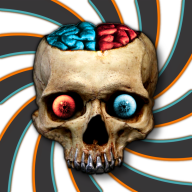 Sure, if you got fiber & live right next to the server farm.

Otherwise you're not even close & the latency becomes unbearable, esp. for FPS games.

Maybe it'll become something in the future. The biggest selling point would be imo making cheating impossible when the game runs on their servers.