XFX teamed with Seasonic to introduce the new XTS line of PSUs. In this review, we will test the flagship of the series with 1 kW capacity, Platinum efficiency, a fully modular cabling design and hybrid-fan-mode operation for as little noise output as possible at light loads.

System Specs
Seems like an excellent PSU! :
build quality, voltage regulation, ripple, hold-up time, inrush current are all excellent plus that XFX's PSUs have the extra advantage of looking great in appearence also!!
If i wanted to buy a 1000watt PSU this one would have been my 1st choice

P.S: Hope XFX to provide review samples of it's smaller wattage XTS models also!!, it's getting boring to read reviews only about >=1000watt units!! 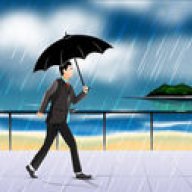 This PSU suffers from the same issue (at least to me) as the XTR 650W tested in June: the fan RPM increases dramatically at about 50% load.
I wish all fan profiles were like Corsair's CS650M.
B

This probably the highest scores ever on TPU XFX had ever!

In general XFX PSUs are solid performers since they are based on Seasonic platforms. 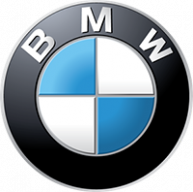 System Specs
i got this unit as an RMA replacement for the "older" XFX 1000W black edition PSU which developed horrible coil whine. and I have to say, this is an amazing piece of hardware. the fan profiles don't bother me because when I'm running this thing with loads high enough to turn on the fan, the noise of the computer is drowned out by the speakers anyway.

during normal operation is completely silent. the entire system is inaudible.
G

This review is pretty much the only proof of existence I can find of this thing. Where on earth can I buy it?

The only thing I can find is the XFX PRO 1000W, which is way too large for my needs.

Here's hoping the fan isn't too difficult to replace! There's no way I'd be able to survive with a fan profile that loud during the warm summer months.

gftgy said:
This review is pretty much the only proof of existence I can find of this thing. Where on earth can I buy it?

The only thing I can find is the XFX PRO 1000W, which is way too large for my needs.

Here's hoping the fan isn't too difficult to replace! There's no way I'd be able to survive with a fan profile that loud during the warm summer months.
Click to expand...

you may be out of luck. i think they stopped making this unit right after they started. it shares its' platform with the new Seasonic XP3 and XM2 lines, which makes it much better than the already excellent "pro black edition" PSUs.

but it's a damn shame. there is definitely a market for it now that miniITX and microATX is becoming more popular. i'm thinking of making dual water-cooled GTX 980 Ti micoATX build with this thing, assuming XFX ever sends me the 12V EPS cable i need. it will barely fit, but unlike other units it will actually fit. this thing is pretty tiny. just check out how it compares to the other behemoths in this picture:

Hmmm is the unit actually 165mm long as specified in the review? It looks more like 170mm which would put it at the same length as the EVGA SuperNova 1000 PS. Considering the power, size, and efficiency, I would've expected the XTS-1000 and the 1000 PS to be XP2 based, but after closer inspection, I think crmaris had it right and they have more in common with the older KM2 platform. Internally, the EVGA SuperNova 1000 PS and the XFX XTS-1000 are nearly identical. EVGA has a large additional heatspreader attached to the heatsink which cools the 12V rail fets (above the FPCAP polymer caps), which is a small but not insignificant improvement that makes up for its lower-rpm (and therefore quieter) fan. Even the fan profile of the two PSUs seems the same. Aside from the casing and branding and equivalent part substitution (which happens even on power supplies of the same model), I think that's where the differences end. The only advantage the XTS-1000 has to me, it seems, is the casing.

EDIT: Actually, another difference is the two fan wires of the XTS-1000 seem to be soldered in, while the 1000 PS seems to have an internal 2-pin connector. I guess that makes switching fans easier if you have a fan with a 2-pin female connector?
Last edited: Aug 20, 2015

Hmmm, that's a little saddening. Thanks for checking that for me, terroralpha.

If you look at the internals of XP3, you will see it's are considerably different than this one. Regardless of whichever platform the XTS-1000 is based on, it's definitely the same as the SuperNova 1000 Platinum Series. I still like at least the ventilation of the XTS more, though. A shame it might not be much smaller.
G

terroralpha said:
assuming XFX ever sends me the 12V EPS cable i need.
Click to expand...

By the way, not sure you've had a chance to use it yet or not, but how's the coil whine?

gftgy said:
By the way, not sure you've had a chance to use it yet or not, but how's the coil whine?
Click to expand...

I used it as a secondary PSU to power two OCed GPUs that were pulling about 700 watts from the wall. Had two 1000w PSUs working in tandem to run the system. No coil whine. Fan wasn't bad either.

But I took that thing apart and sold it off. Moved on to more efficient cards. Once I get the EPS cable, I'll use the XFX PSU to build a microatx system.
G

So apparently they never stopped producing these, they have just been in limited availability because most vendors they are working with are still selling their older PRO Series 1000 W models. They've actually been using them as RMA replacements for the PRO Series.

After a series of emails and phone calls, I apparently managed to convince them that their newer, smaller version could appeal to a different market segment, and they are going to try pushing it to their vendors to make its availability more widespread (starting in America!). The following is conjecture, but I expect we'll be seeing this on the market within a couple months for around $200. Just a year after "release."

All-in-all I was remarkably impressed with how they handled my pestering. Manufacturing companies like this don't really deal with the consumer in a customer fashion aside from providing product support, so to have one be responsive and say that they'll look into satisfying the needs of a niche customer base is really outstanding. I'm definitely buying one of these. They even went so far as to go and physically measure one for me, saying it was 166mm in length. Maybe I'll even pick up one of the EVGA models for comparison and get the size issue settled. 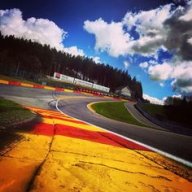 Location
A country of Vast Meadows and Picturesque Forests