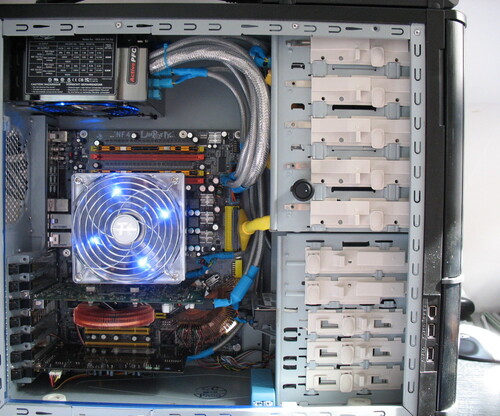 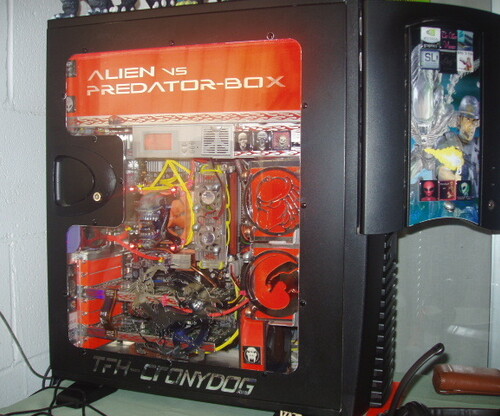 SAME system!! Performed some more painting, and changed the theme of the system to the Alien Vs Predator-BOX. First of all, I'd like to thank Matt McFaul (docmodgod) of Marina California for all his t... 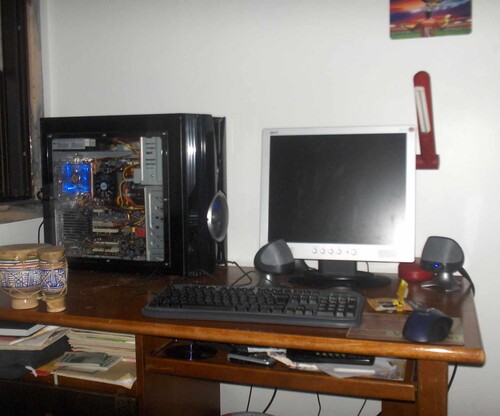 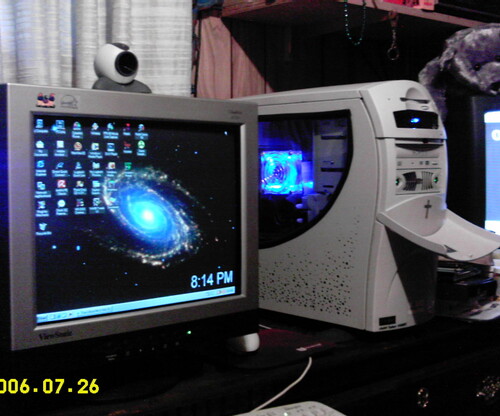 My good computer friend Sttomcat3 custom cut out the side-window opening, and installed the window/fan. The Acer case's original Acer OEM CD-ROM did'nt work, so we removed it and secured a black cross... 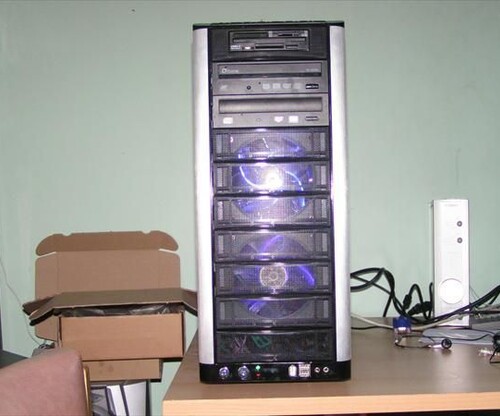 My Current Gaming PC - not for long tho 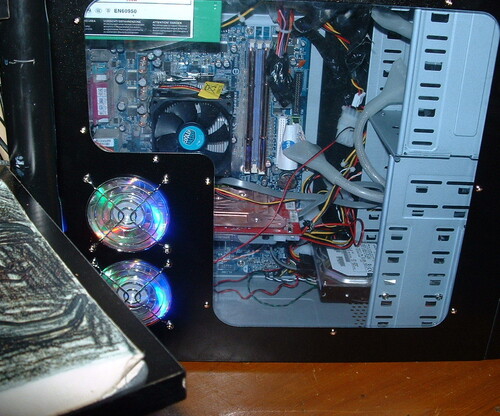 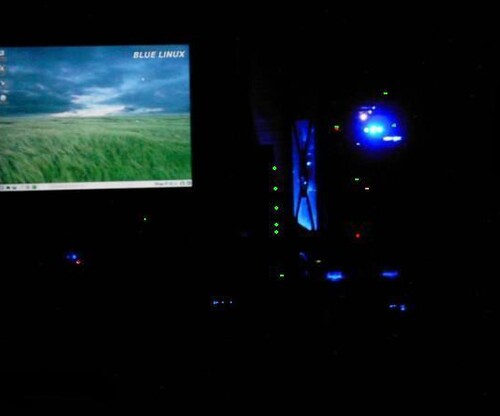 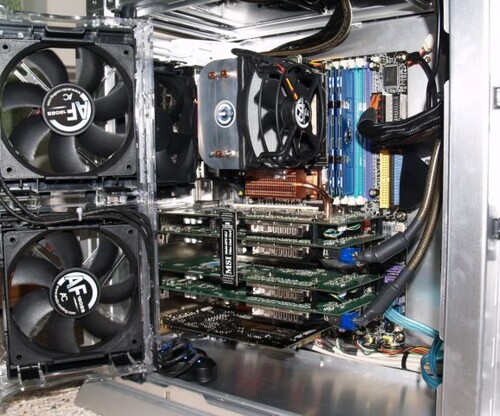 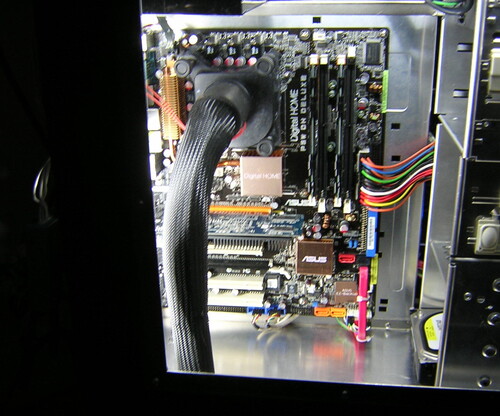 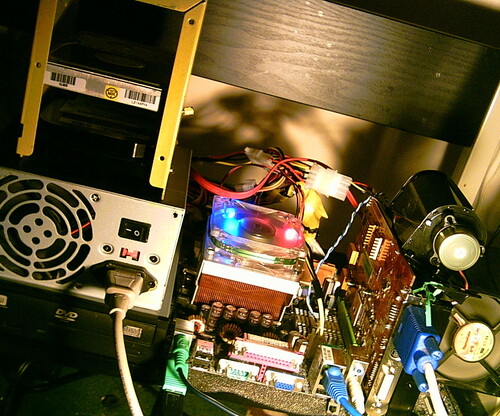 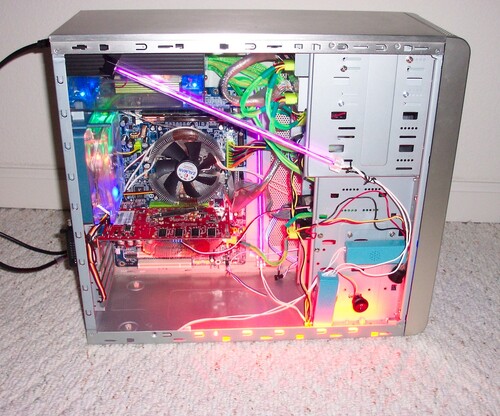 1.7
by mysticjon Aug 16th, 2006
what do u think of the cables?? i cant believe that was the same case lol, my attempted to case mod lol, i added some new stuff i got, but the second pic came out horrible shitcable managment, just on... 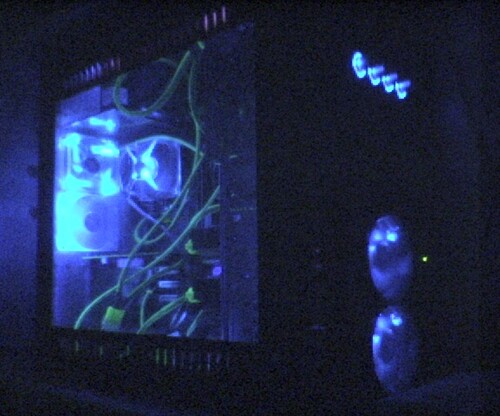 I call it Dave

ive tried to hide as much cables as i can but theres just too many, anyways i think they look cool, kinda like veins?cut the hole in the case, Green uv cable sleeving and connectors, 12 uv blue fans, ... 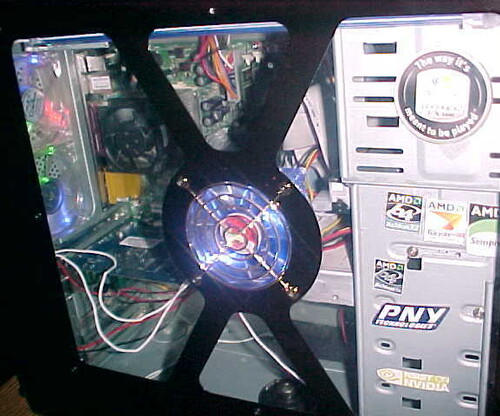 I bunrt a hardrive out put in a new one but that screwed up some wiring. I also add'd some case badges looks kinda cool. Gonna buy better ones. Need to work on the wiring also.All air cooling 1x18"Blu... 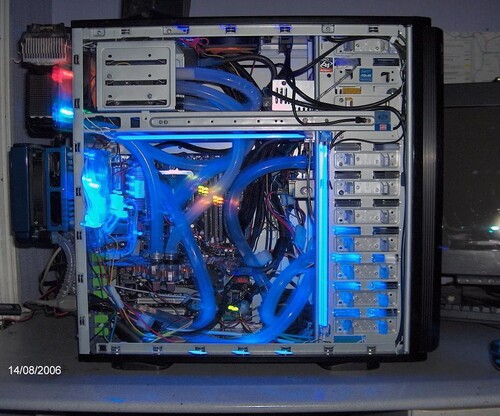 Still workin on the cables, gonna get those hidden n maybe wrap the ones i cant hide in U.V reactive spiral wrap :-)Custom cooling setup for both processor and X1900XTX. The processor is peltier coole... 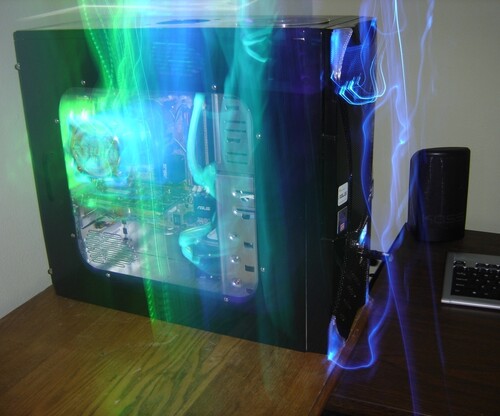 Planning on liquid cooling the graphics card to start. getting a Lian Li PC-7B Plus II with 2X120mm fans on the side window over the pci slots & 1X120mm fan on the intake in the front bottom & 1X120mm... 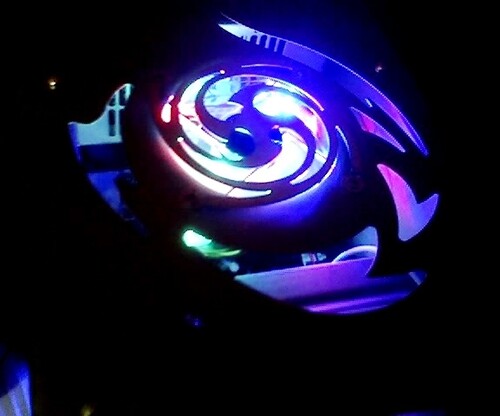 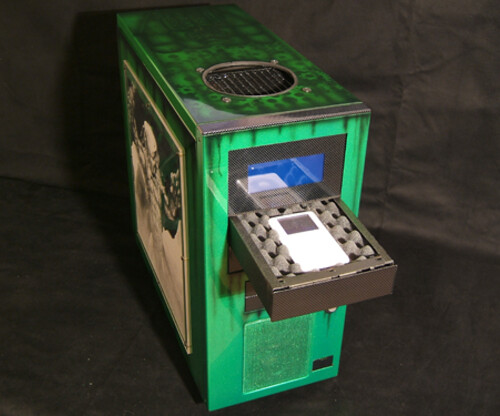 Took a Kingwin 424 and ran along way with The Predator theme. The Predator text reads "Got Alien?" on the side panel for those who might be wondering. Check it out if you have the time, and vote to le... 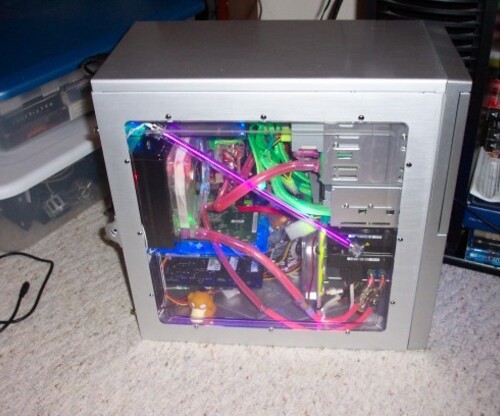 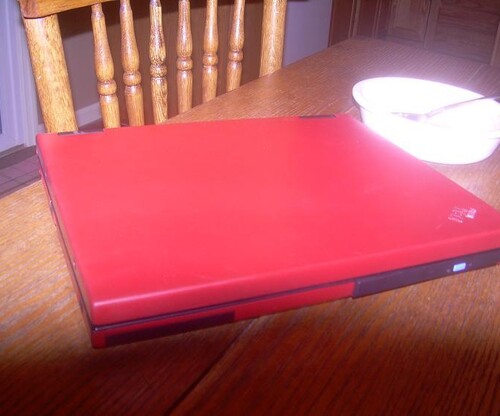 Hardest parts were soldiering to the mainboard to overclock an extra 8%, paint the case, and mod the Bios to accept my Pentium 3 upgrade.Windowed the CD-RW/DVD Drive, painted parts of case red, upgrad... 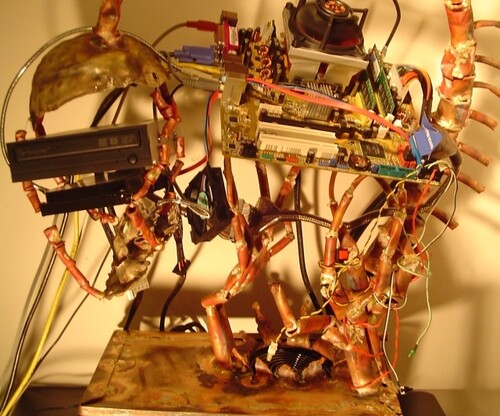 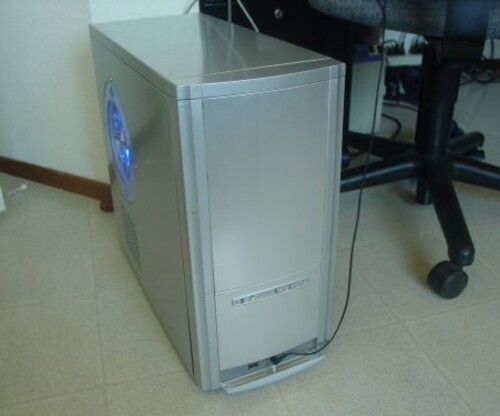 The whole thing came to $350 on newegg without any rebates. Scores 2400 in 3Dmark05.Cut out bottom intake with a file to increase airflow and remove whistling noise.Sempron 3100+ 1.8ghz (running 2.1gh... 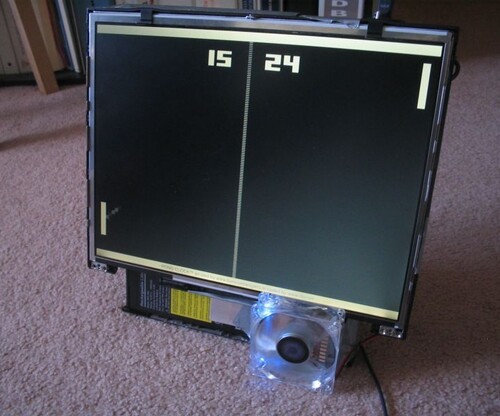 This mod was inspired by Buro Vormkrijgers Pong Clock http://www.burovormkrijgers.nl/ The screensaver is also by the same company. Virtually everything on this case is held together with duct tape,... 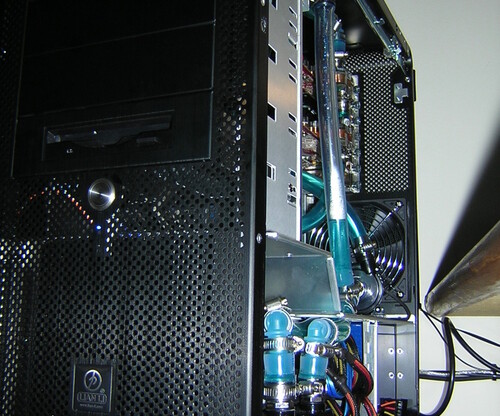 I originally had my setup in my old Thermaltake case, but my HDD bay broke, and I had no where to place my hard drives. I couldn't have asked for a nicer case, this V1000b is great. I mounted my radia... 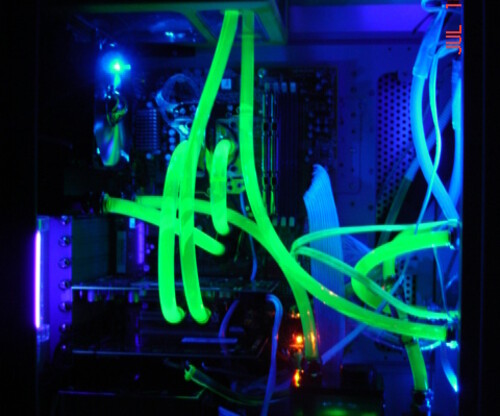 This is my first water rig so let me know what you think and any improvements that can be made. ThanksStarted out by adding a second radiator to my stock Thermaltake 735 system. I modified the top PS... 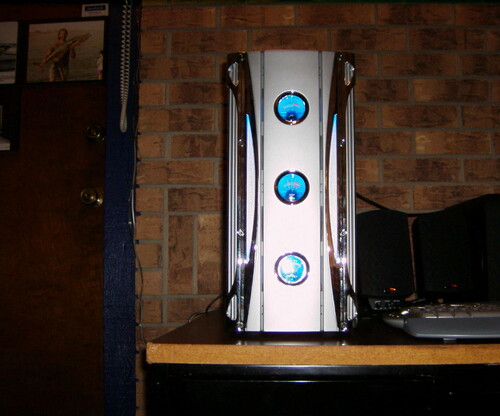 as far as the basic modifications i did i enjoyed re-sleeving the cables the most,since i've custom wrapped fishing rods for about 30 years now the tedium of the sleeving work was right up my alley. a...
May 18th, 2022 15:20 EDT change timezone
Sign in / Register