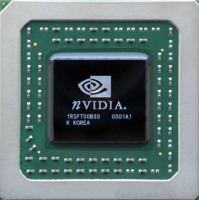 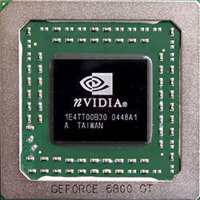 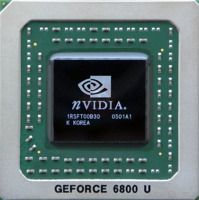 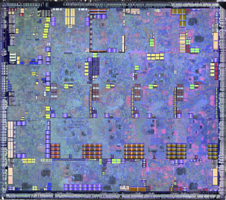 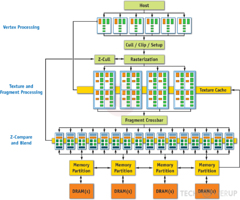 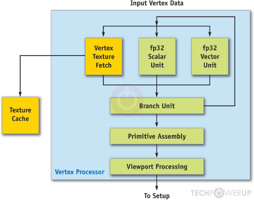 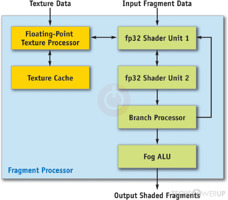 Pixel Diagram
NVIDIA's NV40 GPU uses the Curie architecture and is made using a 130 nm production process at TSMC. With a die size of 287 mm² and a transistor count of 222 million it is a medium-sized chip. NV40 supports DirectX 9.0c (Feature Level 9_3). For GPU compute applications, OpenCL version N/A can be used. It features 16 pixel shaders and 6 vertex shaders, 16 texture mapping units and 16 ROPs. Due to the lack of unified shaders you will not be able to run recent games at all (which require unified shader/DX10+ support).
Further reading: GeForce 6 Architecture Whitepaper