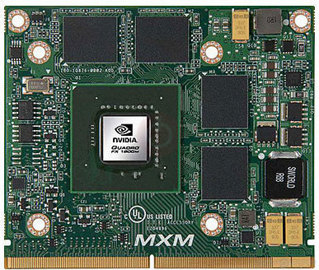 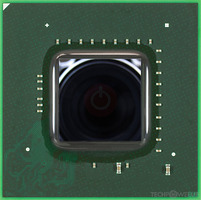 The Quadro FX 1800M was a professional mobile graphics chip by NVIDIA, launched on June 15th, 2009. Built on the 40 nm process, and based on the GT215 graphics processor, in its N10P-GLM4 variant, the chip supports DirectX 11.1. Even though it supports DirectX 11, the feature level is only 10_1, which can be problematic with many DirectX 11 & DirectX 12 titles. The GT215 graphics processor is an average sized chip with a die area of 144 mm² and 727 million transistors. Unlike the fully unlocked GeForce GT 340 OEM, which uses the same GPU but has all 96 shaders enabled, NVIDIA has disabled some shading units on the Quadro FX 1800M to reach the product's target shader count. It features 72 shading units, 24 texture mapping units, and 8 ROPs. NVIDIA has paired 1,024 MB GDDR5 memory with the Quadro FX 1800M, which are connected using a 128-bit memory interface. The GPU is operating at a frequency of 561 MHz, memory is running at 550 MHz (2.2 Gbps effective).
Being a mxm module card, its power draw is rated at 45 W maximum. This device has no display connectivity, as it is not designed to have monitors connected to it. Rather it is intended for use in laptop/notebooks and will use the output of the host mobile device.