NVIDIA announced the GeForce RTX 3090 at the beginning of this month, and we are finally allowed to show benchmarks. If this whole "Ampere" thing is new to you, definitely check out our GeForce RTX 3080 Founders Edition review and NVIDIA Ampere GPU Architecture article for some background information. We have four GeForce RTX 3090 reviews for you today: ASUS RTX 3090 STRIX OC, Gigabyte RTX 3090 Eagle OC, MSI RTX 3090 Gaming X Trio, and ZOTAC RTX 3090 Trinity.

The MSI GeForce RTX 3090 Gaming X Trio comes with a relatively large overclock out of the box, and the power limit has been raised, too, which is important. When averaged over our whole benchmarking suite at 4K resolution, the RTX 3090 Gaming X beats the RTX 3080 by 16%—not bad. The RTX 3080 has 8704 shaders, and the RTX 3090 has 10496, which is 20% more, so where's the rest of the performance? On the RTX 3090 reference, the power limit has been set only marginally higher than on the RTX 3080 to keep power/heat/noise at reasonable levels, 320 W vs. 350 W. MSI was wise to increase that limit further, to 370 W, which helps gain additional performance over the base RTX 3090. The difference from 320 to 370 W is 15.6%, pretty much exactly the performance difference we measured. It looks like Ampere performance mostly scales with the power limit now, not clocks or shaders.

Still, the performance offered by the RTX 3090 is impressive; the Gaming X is 53% faster than the RTX 2080 Ti, and 81% faster than the RTX 2080 Super. AMD's Radeon RX 5700 XT is less than half as fast, the performance uplift vs. the 3090 is 227%! AMD Big Navi better be a success. With those performance numbers, RTX 3090 is definitely suited for 4K resolution gaming. Many games will run at over 90 FPS; at highest details in 4K, nearly all are at over 60—only Control is slightly below that, but DLSS will easily boost FPS beyond the 60 FPS mark.

With RTX 3090, NVIDIA is introducing "playable 8K", which rests on several pillars. In order to connect an 8K display, you previously had to use multiple cables. Now, you can use just a single HDMI 2.1 cable. At higher resolution, VRAM usage goes up, but the RTX 3090 has you covered, offering 24 GB of memory, which is more than twice that of the 10 GB RTX 3080. Last but not least, on the software side, they added the capability to capture 8K gameplay with Shadow Play. In order to improve framerates (remember 8K processes 16x as many pixels as Full HD), NVIDIA created DLSS 8K, which renders the game at 1440p native and scales the output by x3 in each direction with machine learning. All of these technologies are still in their infancy; game support is limited and displays are expensive, we'll look into this in more detail in the future.

We've seen MSI's Gaming X Trio design before, in our RTX 3080 review. The bulky design looks great, and the colors are muted to where they are not distracting. The RTX 3090 Gaming X Trio is basically identical to the 3080 Gaming X Trio, just with additional memory chips installed on the back of the PCB, a slightly more powerful VRM, and a metal backplate instead of plastic. The MSI cooler is the quietest out of all the RTX 3090 cards we've tested. Consider that this card is three times as fast as a GTX 1080, yet very quiet for what it offers. In my opinion, the current fan settings are the optimum balance between reasonable temperatures and low noise. Some gamers would prefer lower temperatures with more noise, which is why MSI also released a "low temperature" BIOS on their website as a free download. When the RTX 3090 Gaming X Trio is flashed to it, it will run at 67°C, 10°C cooler than with the default BIOS, albeit at 37 dBA noise output (vs. the 33 dBA default). Good settings here, too, not excessive, just an additional option for you to consider. Like all other GeForce 30 cards, the Gaming X comes with the idle-fan-stop feature, which completely turns off the fans in idle, productivity, browsing, and video playback—the perfect noise-free experience.

24 GB VRAM is definitely future-proof, but I doubt you will really ever need that much memory. Sure, more is always better, but unless you are using professional applications, you'll have a hard time finding a noteworthy performance difference between 10 GB and 24 GB. Games won't be an issue because you'll run out of shading power long before you run out of VRAM, just like with older cards today, which can't handle 4K no matter how much VRAM they have. Next-generation consoles also don't have as much VRAM, so it's hard to image you'll miss out on any meaningful gaming experiences if you have less than 24 GB VRAM. NVIDIA demonstrated several use cases in their reviewer's guide: OctaneRender, DaVinci Resolve, and Blender can certainly benefit from more memory, as can GPU compute applications, but these are very niche use cases. I'm not aware of any creators who were stuck and couldn't create because they ran out of VRAM. On the other hand, the RTX 3090 could definitely turn out to be a good alternative to Quadro, or Tesla, unless you need double-precision math (you don't).

The GeForce RTX 3090 is the only graphics card in the Ampere family that features an NVLink interface for SLI. Implicit multi-GPU (the classic SLI you know) is not available—only explicit multi-GPU is supported. Explicit multi-GPU requires that game developers invest their own time and money to add support for the technology, which simply isn't going to happen due to the tiny market size for the feature. Only a handful of games and benchmarks support explicit multi-GPU. To use even this mode, you'll need to buy a new-generation NVLink bridge separately as the NVLink cable from your RTX 20-series cards won't physically fit. And with NVIDIA reportedly stopping the development of SLI profiles for newer games from 2021 for GPUs that support implicit multi-GPU, we can safely conclude that the age of multi-GPU for gaming is over. Buying a pair of RTX 3090 cards for multi-GPU would cater to a very tiny niche, mostly professionals.

Even with its higher power limit, overclocking was still held back a bit. MSI lets you manually adjust the power limit up to 385 W—a 3% increase over the 370 W default, which isn't good enough. This card has 3x 8-pin and the 75 W slot power, which means 525 W of power delivery is physically possible. The VRM can certainly take more than 385 W, so giving us well over 400 W shouldn't be a big deal. Just like on Turing, NVIDIA's Boost algorithm complicates overclocking because you can no longer dial in specific frequencies. On RTX 3090, the effect is amplified because the delta between the power limit during normal games and light loads boosting much higher is bigger than on other cards. Still, we managed to achieve 4.8% in real-life performance gains with overclocking.

Pricing of the RTX 3090 is just way too high, a tough pill to swallow. At a starting price of $1500, it is more than twice as expensive as the RTX 3080, but not nearly twice as fast. However, MSI asking for $90 extra for their fantastic Gaming X Trio cooler and the overclock out of the box doesn't seem that unreasonable to me. We're talking about 6.6% here. The 6% performance increase due to the factory overclock and higher power limit can almost justify it, and with the better cooler, the $90 are almost a no-brainer. While an additional 14 GB of GDDR6X memory aren't free, the $1500 base pricing still doesn't feel right. On the other hand, the card is significantly better than the RTX 2080 Ti in every regard, and that sold for well over $1000, too. NVIDIA emphasizes that the RTX 3090 is a Titan replacement—Titan RTX launched at $2500, so $1500 must be a steal for the new RTX 3090. Part of the disappointment about the price is that the RTX 3080 is so impressive at such disruptive pricing. If the RTX 3080 were $1000, $1500 wouldn't feel as crazy—I would say $1000 is a fair price for the RTX 3090. Either way, Turing showed us that people are willing to pay up to have the best, and I have no doubt that all RTX 3090 cards will sell out today, just as it was with the RTX 3080.

Obviously, the "Recommended" award in this context is not for the average gamer. Rather, it means you should consider this card if you have this much money to spend and are looking for an RTX 3090. 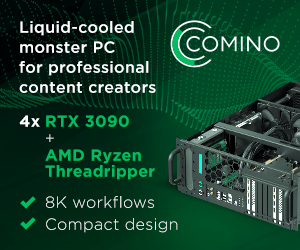 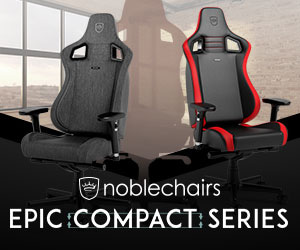