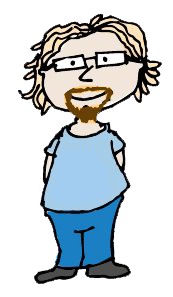 I built this system as part of my disseration for the final year of my Computing Science: Software Engineering degree. Its basically a table based computer system with a camera pointing down at the screen and using pattern recognition it detects user interaction and with a piece of software I wrote images, video, audio and comments sent via bluetooth to the table are plotted on a map, its designed for collaborative interaction with multiple people using it at any one time and no matter what side of the table people are at the part of the interface that person is using rotates so its the right way up for them

System Specs
This looks like the Microsoft Surface technology that got a mention at the Inspiration Tour UK by Microsoft at my university.
Fantastic job on the case!

System Specs
as extraordinary as it is, is there any practical use for it?

System Specs
the parts are so/so, but everything else that you put into that is definitly a 10, and nothing but

mab1376 said:
as extraordinary as it is, is there any practical use for it?

While a touch to shoot game would be great I must point out that this is not a touch panel, it uses a camera to recognise patterns, there is not touch component to the system.

Also this isn't really designed as a practical system, its a research project designed to investigate possible techniques that could be used to make media interactions using computers a more collaborative experience ( not quite as fun i know ;P )

And thanks to everyone for the votes =D

System Specs
good job, it is very professional looking. i hope you get an A. btw, what materials did you use to make the custom case?

Soon you will stand in front of your computer and wave your hands around like an orchestra conductor and all your enemies will drop like flies.

System Specs
Wow, I just looked at the pictures before reading the description and I was pleasantly surprised to finally understand how cool this really is. Good luck on that.

System Specs
That's a great project... although touch sensitive screen would be tops.

Did you get you camera softare working... to accept movement. How did you deal with the "mouse click"?

System Specs
can you play games on it ?

System Specs
wheres the pic of the guts

That's seriusly one of the most amazing things iv'e seen