System Specs
Ontopic:
I hope this will turn like a good game.

But i want a game like this or Jane's Fleet Command. A Cold War turns hot type of scenario set in the '70s-'90s era with a global dynamic campaign that includes the use of nuclear weapons as a late game and/or last resort. 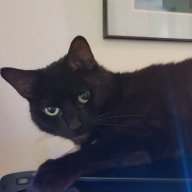 Frick said:
Do you mean in regards to storytelling or mechanics?
Click to expand...

well here is a funny story I built a time machine went back 10000 years found my relatives in a cave went up to them to say hello then and accidentally farted and they all died and I disappear then the time machine was never built so it never happened. story of the fart of history

System Specs
Hi,
Maybe some games that aren't so bloody violent
There has to be some middle ground between inclusive and bloody violent

Zombie apocalypse in WWII Germany, with Zombies killing Nazis. Perfect as they are the only two groups no one complains about being killed in a game.

Rock N Roll Rebel said:
well here is a funny story I built a time machine went back 10000 years found my relatives in a cave went up to them to say hello then and accidentally farted and they all died and I disappear then the time machine was never built so it never happened. story of the fart of history
Click to expand...

I still don't know if you mean mechanics or story.

Anyway, Discworld Gods. Or if you will, Black & White but good.

Gods are everywhere on the Discworld, a crucial element of the world's peculiar ecology that gives power to belief and demands resolution to any and all narratives. Gods exist in potentia in numbers uncountable, but the moment an event of any note occurs — say, two snails happening to cross at a single point — a god becomes tied to it and begins to manifest in the physical world. Most gods remain small and unknown, but a very few come to the notice of humanity, whose belief then shapes and strengthens them until they gather enough power to join the Disc's vast, unwieldy pantheon.

Gods on the Discworld exist as long as people believe in them and their power grows as their followers increase. This is a philosophy echoing the real-world politics of the power of religion and is most detailed in the novel Small Gods. If people should cease believing in a particular god (say, if the religion becomes more important than faith) the god begins to fade and, eventually, will "die", becoming little more than a faded wispy echo.
Click to expand...

So basically starting out as a wisp looking for something to latch on to, and from there trying to make yourself the target of human belief. I think of it as a mix of Sacrifice, Populous/B&W, Civilization, Diplomacy and Rimworld (depending on how far you go the game would necessarily change). Parts of it would absolutely have to be procedurally generated because the scale would be absolutely insane.
You must log in or register to reply here.
Share:
Facebook Twitter Reddit Pinterest Tumblr WhatsApp Email Share Link
Top