No signal from computer to my monitor???

I know that the graphics card is sound as i tested it in my other PC.

I know that power is getting to the AGP Slot on my motherboard.

I know that the CPU and motherboard is recieving power, as to is the DVDRW and HDD.

I know that the monitor is also sound, tested on my old PC and works fine!

So why is my monitor not recieving a feed from my computer. All connections look good. I can't work it out, am I missing something??

Any help would be great, the quicker the better - have spent 3 hours just staring at the computer hoping it'll fix itself - alas that didn't work!!

check in your bios and see which display is set to load first, it may be set to your onboard graphics if your mobo has it.ussaully when you install a graphics card, the onboard auto disables, but maybe in your case it didnt.you could also try plugging your monitor in to your onboard and see if it works.also chech to see if your chipset drivers are installed and updated...could also be that that g card is not supported with that mobo

does that card have a aux power conector?

System Specs
try to boot from a pci card while the 9250 is also in.
B

I can't see my bios to change any settings, as there is no feed to my monitor. There is no onboard graphics so i cannot connect my monitor direct to the motherboard.
I only have 3 AGP graphics cards (no PCI ones) all of which have the same problem with the monitor - but when used with my old computer are fine - I presume it must be a motherboard problem? Anyone agree or have another idea??

you are using the card on the old computer? and it works?
B

Yes. Graphics card does work on old computer when connected to monitor. That's what makes me think its either the motherboard or the RAM.
The computer does not beep on startup.
When i hit the on button I know the following:
Power gets to all components of my computer.
CPU and fan is working.
HDD fires up.
DVDRW is operational.
Monitor does work but no picture displayed??
Graphics card does work but no picture displayed on monitor??

System Specs
are u using dviin boath or vga
B 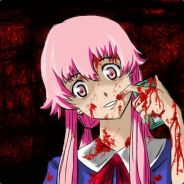 If you have two sticks off ram, take one out. I had this a few times and each time it was my memory modules either in a bad slot or just not wanting to respond.

So, if you have two sticks, then take one out and leave one in DIMM1 and try to see if it loads up, if it does, do the same for the other stick and try booting up with the second stick in DIMM1 as stated.

If both load up in DIMM1 then try both in together, DIMM1 and DIMM2, if that doesn't work, then maybe DIMM2 might be faulty, so then try moving the stick from DIMM2 into DIMM3/4 and try booting that way.

I hope you get this sorted mate, good luck!

Take out all ram, and turn on your computer. The PC speaker should beep (no memory). If it doesn't your motherboard or CPU is dead, it's usually the motherboard in such cases though.

You could also remove every non essential part and try to boot. So just use mobo+cpu+vga+1 memory module.

Get yourself a PCI graphics card, AGp port might also be defective. It could be quite a lot.
B

Took all ram out and PC did beep. I take it that this means the ram is dead?
D

basil78 said:
Took all ram out and PC did beep. I take it that this means the ram is dead?
Click to expand...

Would be a fair guess. Can you test it in another comp? Or have any other ram o test the system with?
B

That is the problem. My old computer is PC133 SDRAM so can't test it in there and only have the 1 stick of 1GB ram so haven't got any more to test!
Vicious circle. But if you think that it is the RAM I'll go out now and buy some more to test??
D

Try to borrow some from a friend, that's cheaper

though if it's your last resort buying would probably work. Not sure how it works in the UK but here we can return bought stuff quite easily

HELP with this WEIRD problem!!

I'm having a similar problem, but it's baffling me. Please if anyone has anything to say about this, I'm at my wits' end.

So I boot up my computer, running my Radeon X1950Pro card, everything inside the computer boots, but the monitor receives no signal. (I get both bootup beeps)

I tried switching around the RAM sticks (2 500Gb) as suggested above, just for good measure. Nothing changes, always everything inside the computer boots fine, monitor gets nothing.

I switch out the Radeon in favor of my old GeForce 5600Ultra. Same thing.

Again, just for good measure as I rack my brain, I unplugged my CD drive in case it's a power problem. No change.

All this is just frustration, the reason why I'm so baffled is the story leading up to my monitor apparently dying (though it still turns on, it just gets no signal). Here it is:

I've been playing Mount&Blade recently. For about a month, it ran totally fine without a hitch at high graphics settings. All of a sudden the past few weeks, the game started unexpectedly crashing, but when it crashed, it would crash the whole computer by somehow inhibiting the display. When the game crashed, my monitor would no longer receive signal from the computer and I would need to reboot. on reboot, the monitor would be fine. I started running the game in a window instead of full screen, and I drastically lowered the graphics settings. STILL every so often the game would crash and the monitor would lose signal. How do I know that it was specifically the game, and not that the game was making the computer go screwy and crash entirely? Because after about a week, the game slowly started to ONLY CRASH ITSELF. WTF?? It went from crashing the whole computer (I couldn't hear it respond when I hit CtrlAltDel or AltF4 or anything) to just crashing itself and not responding, so that I needed to exit Mount&Blade but the computer still continued running. So fastforward to yesterday, I was playing the game, avoiding the specific spots in the game where crashing seems most likely, but then, as I was playing, the whole screen flickered (mind you, I'm still running it in a window, but it was the whole screen that did this) and then turned blue, like there was a filter over it. It stayed this way for a few minutes, even after I exited the game, but then the monitor lost signal. Since then I've been doing the work inside the computer that I wrote about above, and no dice.

I would say that the monitor just died and has been screwing with me bc it's in the death throes, but this story is TOO WEIRD. Why is it so specifically tied to this one program? And why did it first start by crashing the whole computer, not just the monitor. And then, why did that CHANGE, so that it only crashed the program and neither computer nor monitor????

The only thing that i haven't tried yet is switching out the monitor or monitor cable, since I don't have any others, but even though I haven't tried that, it doesn't seem like that's the problem, since the monitor still gets power and works.

Please lend any suggestions that you have, I luvs my computer, I don't want it to die!
thanks
Derek
B

psycholicon check your connections from your power supply to the motherboard and graphic card.
Make sure none of the connections are loose.

Also you may want to check to make sure nothing is overheating if you can.

I had the same problem last year and the issue with mine was my PSU crapped out on me.
The PSU was just not providing enough power anymore to power up my machine fully.
I hope that is not your issue.
C

basil78 said:
I can't see my bios to change any settings, as there is no feed to my monitor
Click to expand...

if it is using the on-board graphics connector the plugging the vga into the motherboard would cause it to display a picture, then you can change it to the graphics card in bios and swap the cable back over


Sorry but i didn't see you'd revived a 5yo thread, so those instructions won't help you.

since problem happens slowly it could of just been old age, electronics typically start producing errors in the time before their death.

if something is dyeing then certain programs will show symptoms first as they would be the ones that placed more load on the dieing part, my best guess since 2 graphics cards suddenly started failing is that the psu could no longer provide enough power to the graphics cards (i'm guessing that its as old as the gfx cards and the power psu's can provide drops as they age)
it could however also be something to do with the AGP side of the motherboard

To summarize, since its no output from the moment its turned on (rules out driver problems) i would guess that something in your pc just can't cope with the stress of the graphics card any more. my guess in motherboard or most probably the psu (if possible can you test the system by swapping out those 2 parts)
Last edited: Mar 3, 2011

I sometimes run into this and when the pc finishes booting I just unplug the vga from the card and plug it right back up...then the monitor magicly shows images. I do not know why.
P

In all of my attempts to work with stuff inside the computer, I accidentally knocked out the display cable, so forgive me some confusion from the last post

THE VERDICT is that all the problems were connected to the Radeon card. As soon as I realized that the cable was out and plugged it in (now with my old Nvidia GeForce card) the monitor fired right up, no wierd colors or anything, Mount&Blade runs perfectly fine, and even my Resident Evil 5 game (which notoriously has problems with Radeon X-series cards) works perfectly, while with the Radeon it won't display anything but the menu.

Moral of the story: Yes, Nvidia cards are just way more reliable and less touchy than Radeons. Though frequently you can get more bang for your buck with performance from Radeon, I probably won't get another. I trust GeForce for its reliability and durability, even though my display isn't as crisp as it was.
You must log in or register to reply here.
Share:
Facebook Twitter Reddit Pinterest Tumblr WhatsApp Email Share Link
Top