The most puzzling computer problem ever

System Specs
So some part of my computer is dying, but I'm having trouble pinpointing exactly which part. It all started after cleaning my case with compressed air and my only theory as that somehow the dust made a spark that ruined some component. Initially the computer would just hang on the gigabyte logo, never posting or letting me enter the bios. I have an odd setup in that I have three monitors, two on an 8800gt and one on a pci 6200. Removing my sound card, a pci card with four extra usb ports, and the 6200 would allow me to boot into windows. Sometimes, about 50% of the time it still arbitrarily hangs on startup. I've found that the 6200 also allows me to boot in any of the three slots, whereas if the sound card is in any spot, the computer never boots. So it sounds like the usb card and the sound card are dead, I'm testing them in another computer later. The next problem is that windows freezes at about 15 minutes. It's done this seven times now. It instantly freezes if there is any force applied to the case, simply jumping freezes the computer. Moving the case, anything really, it's quite sensitive. This says hard drive to me, but it seems odd that it freezes at about the same time everytime, regardless of task. I can run games still, so I don't believe it is the graphics card, either of them. One time it froze while I was watching a movie and the audio kept going for several minutes until I turned it off, even though the screens were frozen. I've been using the integrated sound instead of the add-on that won't boot. When it freezes, the third monitor on the 6200 goes black, and then the other two screens just freeze, but still with a picture on them. I have a theory as to what is causing this, but I'd like to get some input before I make a purchase. 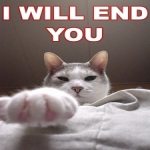 System Specs
Where did the spark came in place? Near the mobo, heatsink, a cable???? something.... But it seems like ur getting a million random problems.

System Specs
I never heard or saw the spark, it's really just the only theory I have. It's not a great theory, but it's mildly causal that this happened right after using the compressed air.

System Specs
There are just so many unknows here....

I'm quite positive it's a hardware issue, if it was software I would still be able to get into my bios when other pci cards are installed

System Specs
It could also be Software controlling the hardware. I asked about software because sometimes new drivers assign new interupts. With your less then traditional setup, 2 video cards, 2 sound cards, 3 monitors, just seems like it could be a simple thing as a interupt.

I would remove every component and run with the bare min. 1 video card, 1 stick of ram, 1 HD, and nothing else, barebones. IF that runs stable then start adding things back into the system, one-at-a-time, once it fails its going to be that component or the software that controls it.
E

System Specs
Good advise right there, process of elimination till you find the faulty component.

Unless of course that component is your Mobo, in which case it would be immediately evident once the extra components are removed.

You don't have another machine you could test the components with?

System Specs
I certainly see your point, of course I tried to condense my actions to get the history across. I have already done a bare minimum. The 6200 was added after the system would boot, albeit it still froze after 15 or so minutes. My only conclusion is that the motherboard has some issues, which would explain why it has so much trouble consistently booting, and could also explain the freezing. I can't think of why it could be the video card, because though the video may freeze after some time, up until that point it runs anything at regular performance levels. My case has lots of airflow, and neither of the graphics cards is hot to the touch after freezing. I've ruled out cpu and ram none of my symptoms look like a dying cpu or ram.

System Specs
It sounds like a short to me, especially if the problems presents itself so quickly moving the actual case. You need to check all cables and and any exposed mobo parts etc that may be shorting. The compressed air may have moved something slightly introducing the fault but the fault may have been there for quite sometime unknowingly.
E

System Specs
I was about to ask you what the temps were like around the times of lock up.

System Specs
Lordlatte - I agree with you that your problems are hardware related, particularly since you say that the system crashes from physical movement.

It seems you have induced a short circuit or made a semi open circuit (loose plug). I suggest you first check for any loose power plugs and if no success pull the whole system apart and re install the mobo. Somewhere is a bad electrical connection. Check that nothing conductive is touching the back or front of the mobo, check under all the capacitors for dust, and give it a good oveall clean.

Since your rig does actually work sometimes, you probably have not broken anything yet but every time you crash, the chance that it will never work again increases.
E

System Specs
How old/new is the PSU?

Do you have another one you could try running the machine with?

What about the mobo stand offs?
Is the mobo nicely secured to the backplane of the case?
S

System Specs
I had a similar problem with two Gigabyte MBs like yours. Ended up having to RMA both of them for Gigabyte to replace the BIOS chip. Those boards are very flaky. Google the net for horror stories.

System Specs
the mobo is pretty securely attached, it didn't all line up perfectly (I remember being annoyed by this when I built it), but because the screws did line up so I'm not worried about it. The PSU is about 1.5 years old, but considering it's Corsair, I doubt it is the problem. The theory I'm running off of works best with bundyrum&coke's explanation. I just reseated all the power connectors and for the 1st time ever, it booted with the sound card. I'm not calling this a total fix, but it seems like progress. I'm going to hate myself if it's fixed now because I ordered a P45 already. It will take some testing to see if it's still freezing- it would usually take 15 minutes anyway.

System Specs
Perhaps your issue is with your current bios, is it the original bios you were annoyed with upon first build date the current one ?

I think you need to pull the whole thing apart again and rebuild. It does indeed seem like a short or loose cabling so if i didnt have a multimeter to check i would simply rebuild and hope i find the problem.

Does the case have legs for where the motherboard can be screwed into that are not being utilized ? If so, they need to be removed.

Im also considering your PSU. Im not sure what the total rated draw would be for your system, but it would be something like, 400- 450w. Your PSU is a 520, but i dont believe what they write on the outside, so its safe to assume that your running without too much heart but
If your PSU has deteriated over the past year and a half, perhaps even a rail(s) failing to deliver its rated, this could be your issue. If you have another PSU, try it.

System Specs
and the winner is...bundyrum&coke

the computer is back to normal and I already have a buyer for the replacement P45. The theory that solved the problem is that while using the compressed air something was dislodged. Reseating all the major parts and cords solved the problem.

Of course I still don't like the theory all that much, the symptoms were so very odd- especially how it would boot the 6200 in any slot but not the sound card in any.

Regardless, thank you to everybody that helped with an explanation to why my computer was so finicky.
F