Xi3 To Deliver Next Generation Of Computing Platforms

Xi3 Corporation today announced it has entered into a multi-phase agreement with Intel Corporation to develop, manufacture and sell next-generation Micro-Mini PCs, including Intel's successful Intel NUC (Next Unit of Computing) computers.

Micro-Mini PCs represent one of the only growing sectors of the general PC market, as enterprises seek the increased performance, greater power efficiency and modularity of ultra-small form factor computers.

"We are pleased to be working with a worldwide leader in low power x86 microprocessors," said Jason A. Sullivan, Founder, President and CEO of Xi3 Corporation. "This agreement will result in Xi3's first commercially available Micro-Mini computers powered by Intel processors. We see this relationship as the perfect marriage between processor and platform technologies. We are very excited about what the future may hold!"

"Xi3 has made great contributions to the world of ultra-small form factor computing with its patented Xi3 Computer Architecture," said Joel Christensen, General Manager, Channel Innovation and Solutions Division of Intel Corporation. "We're pleased to partner with Xi3, a leader in Micro-Mini compute platforms, to have them offer a range of Intel-based products to enterprises and governments throughout the world."

Xi3 has developed and patented award-winning Xi3 Modular Computers - softball-sized computers that are powerful yet energy efficient. The machines are designed to run the most popular x86-based, 64-bit operating systems and software applications.

Additional details of this partnership and the joint multi-phased agreement will not be disclosed at this time. 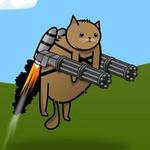 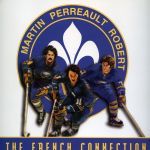 System Specs
Yeah, and I'm the Duke of Sweden. 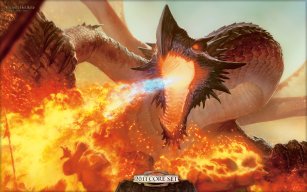 Not sure how Intel let this one go out - absolutely no benefit to Intel in this announcement.
J

NUC = Next Unit of CRAP from InHell.

More than enough if all you do on the PC is to read emails and type documents.

Fourstaff said:
More than enough if all you do on the PC is to read emails and type documents.
Click to expand...

though I'd probably get a tablet + wireless kb and mouse setup for such a situation.

The marketing chit-chat above sounds like this thing is a replacement for Blade servers. (/sarcasm)

System Specs
Dubious company that doesn't make anything, the only innovation they've done is lie and making an interesting chassis for a PC readily available to most domestic users, and making up a silly name.

These PC's are "custom made" from the alibaba website and slapped in a funky looking case, and Xi3 claimed to have a very specific blessing and support from Gabe for steam machines (which they did not, as Gabe rightly pointed out).

They should probably stop getting spotlight in the news for anything other than misleading their way into the market of ripping off ill-informed customers. All this information is readily available a mere google away, and yet nobody seems to realise what a bunch of gypsies they really are.
You must log in or register to reply here.
Share:
Facebook Twitter Reddit Pinterest Tumblr WhatsApp Email Share Link
Top