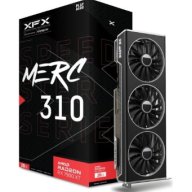 System Specs
What are the CCC limits for the 6850s? In most reviews I saw that it's 850Mhz but in the HIS 6850 IceQ X Turbo review I saw that it was 900. Is that a typo or does the 6850 IceQ X come with a modified BIOS to allow slightly higher clocks? Also I would like to know what software were used to overcome the CCC limits.
You must log in or register to reply here.
Share:
Facebook Twitter Reddit Pinterest Tumblr WhatsApp Email Share Link
Top