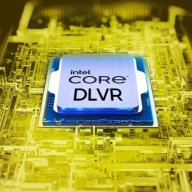 I'm "Cooled by EK" why do I have to worry about Watts?

Anyone who has an Intel 300 board can drop in 9900KS (4GHz/5GHz) and have factory binned CPU that's cheaper than silicon Lottery performance.

9900KS is not for anyone but only for a few guys that want untouchable bragging rights performance.

Quad channels and TU102 are above all that. So just buy what you can afford.

People are very upset not having 8086K & 9900KS top performance, so they talk about what they do have better prices and less Watts.

ToxicTaZ said:
If you want faster than next generation consoles then get 3800X and 5700 XT.
Click to expand...

Nobody knows what GPUs will be in the next gen consoles. They could likely opt for 350mm2 EUV chip, which, even at lower clocks, will leave 5700XT and 2080 quite behind.

That statement would make sense, had mentioned CPUs been universally faster (even ignoring that they consume nearly twice as much as competitor).
Most people who utilize CPU heavy-lifting tasks will be much better off with 3900x.
You must log in or register to reply here.
Share:
Facebook Twitter Reddit Pinterest Tumblr WhatsApp Email Link
Top