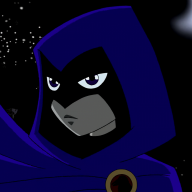 System Specs
Updating a BIOS isn't such a huge worry nowadays and won't make it cost anymore than it does.
The thing is it's being named the same as a previous chip by model but the board unless updated won't know that and probrably go ? and refuse to work without it. If that's all there is to it for making one of these work I'd be OK with it.
I will be checking it out for final pricing and so on, if the price is anywhere near what's said now I'll probrably get one.
You must log in or register to reply here.
Share:
Facebook Twitter Reddit Pinterest Tumblr WhatsApp Email Link
Top