BIOSTAR Announces its B660 Chipset Motherboards

Featuring PCIe 5.0, the latest leap in data transmission technology, and PCIe M.2 4.0 storage technology, BIOSTAR's B660 series motherboards are robust and functional, designed to suit any use case scenario. The B660GTA, the B660GTQ, and the B660GTN motherboards come in 3 distinct form factors ATX, uATX, and Mini-ITX respectively. For users to select between their favorite build sizes.

All three motherboards share similar traits and functions limited to the form factor difference letting users enjoy the best performance without hindrance. Both B660GTQ and the B660GTA share similar RAM technology, capable of supporting 4 DIMMS of DDR4 high-speed RAMs that easily overclocked up to 5000+ MHz. Meanwhile, the B660GTN supports up to 2 DIMMS of high speed DDR4 RAM cards with similar base performance to its elder siblings.

BIOSTAR's globally renowned power management features have been a staple in their latest motherboards, and the B660 series motherboards are no exception to this. Digital PWM technology powered by Super Durable Inductors and 10K hrs Durable Solid Capacitors lay the foundation for great success in durability and performance, elevating the stability of features like BIOSTAR's proprietary Dr. MOS, easy overclock feature.

BIOSTAR promises users long-lasting performance with their latest Intel B660 chipset motherboard range. With ample connectivity, cutting-edge technology, and consistent product support, that lets users extract the best out of the latest Intel 12th generation processors without breaking their bank. 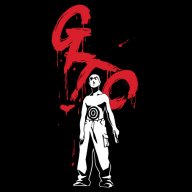