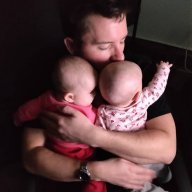 System Specs
Trying to clear up a number of things here.

I want to determine the exact meaning of the listed bandwidth of products like this (lists 400MHz bandwidth/2048x1536 @ 72Hz). Other products (example) list a "pixel frequency". Still elsewhere I've seen "pixel bandwidth" and "signal frequency".

So firstly, are the terms "pixel bandwidth", "pixel frequency", "signal bandwidth", and "signal frequency" interchangeable in the context of analog video signal transmission?

Intuitively, I thought video signal bandwidth would be simply pixels multiplied by refresh rate. This page, however, says the actual calculation is [(pixels * refresh rate)/2]3.

....which is closer to the listed 400MHz than the calculation I intuitively expected:

....but still significantly off.

So secondly, where does the extra 1.5x factor (result/2*3 from this page again) come from?

Thirdly, why does it still not match the numbers provided for the first product I linked to? Is it just that 2048x1536 @ 72Hz is the highest "relatively standard" display configuration that doesn't exceed 400MHz? Or are they actually using a different calculation? Because the way I'm calculating it, 400MHz could handle 2048x1536 @ 84Hz.

I just want a solid understanding of video signal bandwidth as I frequently use custom resolutions and refresh rates, so want to fully understand what these products can handle.

System Specs
400MHz is most likely simple marketing. my guess is that there is no standard refresh rate between 72hz and 120hz. so obviously a 120hz refresh rate would significantly reduce resolution is could handle and it most likely is not meant to handle that high refresh rate in the first place.

System Specs
hrm, that is confusing. does this help?

my guess is that since the calculations are considered conservative a more reasonable number would be closer to but not higher than 400MHz when you take into account filtering and noise? again, just a guess.
Last edited: Mar 7, 2011

TIGR said:
It looks like that is using the formula with the 1.5x factor. The fact that it also mentions that it's using a "Sony formula" and that it is conservative makes it particularly useful to me. Am going to look into that but sounds like there's just plain no true industry standard for this.

I'll do some more searching and try contacting a few companies to find out what their methods of calculating it are. Will post if I get useful info.

yea report back. that is interesting since i dont have much knowledge in the field of electrical engineering.

System Specs
Reporting back. A user at OCForums (where I also posted this query) posted the following response yesterday (link):


nakana at OCForums said:
I'll take a stab at this. So we want to know where Extron is getting their 1.5x factor, or divide by 2 and multiply by 3.

We'll start with where dividing by 2 comes from. If you multiply horizontal pixels by vertical pixels by the refresh rate and call that the bandwidth. You are saying that that is the Hz required (wavelengths per second). This assumes that each pixel requires a full wavelength to be represented. Let's consider an image with each pixel alternating: black/white/black/white/.... over the entire screen. Does a black pixel require a wavelength (a voltage change) to be represented? No. A black pixel is a flat low voltage, and a white pixel is a flat high voltage. Therefore one wavelength is created by 2 pixels, and it looks like a square wave. There's the divide by 2.

As for multiply by 3, it would be tempting to think that you need to multiply by the number of color channels (red, blue and green), but since each channel is delivered on a separate cable this is a red herring.

In truth the multiply by 3 is a safety factor. A fixed length of coaxial cable will perform very well at low frequencies, but at extremely high frequencies it will attenuate the signal. This attenuation is created by the effect of cable capacitance on the alternating current of the signal. A technical name for this is an RC circuit or filter. You may know it as a low pass filter. Pictured here:

You can see the response is pretty even until it begins attenuating past a certain point then it starts to attenuate quickly. -3dB attenuation is considered the greatest permissible amount of attenuation. This is equivalent to half power. Someone could argue that "based on real world viewing tests it's fine for the signal to be attenuated more" or the opposite - that "viewers will notice degradation at -2dB". Either way it's an accepted standard (according to Infocomm).

If you used a coax cable rated to -3dB at 22.5 MHz there would be -3dB signal attenuation at 22.5 MHz. To keep the entire signal in a safe, low-attenuation, range you multiply by 3. It's just a rule-of-thumb convention. Multiplying by 2 would be OK. Multiplying by 4 would be playing it unnecessarily safe.

This also explains why there can be variance like what you're seeing with the 400MHz (-3dB at 400MHz) product that is advertised for 2048x1536 @ 72Hz. It never hurts to have a little extra headroom.

Everything I've said above only applies to uncompressed analog video signals on coaxial cables.

Let me know if anything is unclear or if I created new questions.
Click to expand...

Generally I wouldn't revive an old thread like this but it's a good explanation for anyone else who comes searching for answers in the future.

System Specs
400Mhz is the maximum frequency of the DAC on the video card. Consider for a moment that VGA (that is what you're talking about,) uses an analog signal and the card needs something to make that signal, which the DAC is used for. Not running it at 100% most likely is more to keep the DAC within safe limits within the realm of what it can do which is why you won't see it get all the way to 400mhz output. All in all, as video cards stop supporting VGA I think we will see video cards start ditching the DAC all together which I can't wait for.

Edit: Just noticed that this is an old thread. WHY YOU REVIVE IT?!